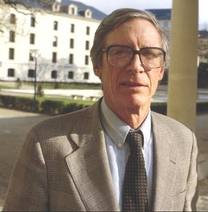 (TJ) had a sizable impact on a number of disciplines, including economics and economic policy thought. (His ideas in this original version of the theory are clarified and further developed in his 2005 Justice as Fairness: A Restatement

(JF).)  Rawls's influence on economics largely derived from one aspect of his theory of justice, the theory of justice in distribution, which has implications for economic inequalities, taxation, and social welfare benefits.  Did Rawls actually think about these issues in the ways that an economist would have done?


My aim in this chapter is to see how the two principles work out as a conception of political economy, that is, as standards by which to assess economic arrangements and policies, and their background institutions. (Welfare economics is often defined in the same way. I do not use this name because the term "welfare" suggests that the implicit moral conception is utilitarian; the phrase "social choice" is far better although I believe its connotations are still too narrow.) (TJ, 259)

What is the purpose of this aspect of the theory of justice?


A doctrine of political economy must include an interpretation of the public good which is based on a conception of justice. It is to guide the reflections of the citizen when he considers questions of economic and social policy. (259)

Rawls is explicit in addressing the issue of the relationship between his own theorizing and the theories of the economists:


It is essential to keep in mind that our topic is the theory of justice and not economics, however elementary. We are only concerned with some moral problems of political economy. For example, I shall ask: what is the proper rate of saving over time, how should the background institutions of taxation and property be arranged, or at what level is the social minimum to be set? In asking these questions my intention is not to explain, much less to add anything to, what economic theory says about the working of these institutions. ... Certain elementary parts of economic theory are brought in solely to illustrate the content of the principles of justice. (265)


Moreover, the theory of justice assumes a definite limit on the strength of social and altruistic motivation. It supposes that individuals and groups put forward competing claims, and while they are willing to act justly, they are not prepared to abandon their interests. (281)

He also does a good job of articulating and motivating the central insights of public choice theory -- essentially, reasoning about public goods within a democratic public (TJ, 265 ff.). He analyzes the two key features of a public good -- indivisibility and non-excludability. He explains the free rider problem and the prisoners' dilemma clearly and accurately, and reproduces the conclusion that a public of independent citizens will not achieve public goods at an appropriate level without legislation. The discussion is compact, but it is solidly linked to the best available literature on public goods (Baumol, Sen, Buchanan, Olson). Rawls thinks this is a good place to start, because the institutions of the state have a very substantial role to play in establishing conditions in which public goods are achieved. He also addresses a series of reasons for favoring, and limiting, the institutions of the market as determinants of investments and incomes. He refers to allocative efficiency and personal liberty as positive features, while noting the possibility or likelihood that markets by themselves will create economic inequalities in excess of the requirements of the difference principle. "There is with reason strong objection to the competitive determination of total income, since this ignores the claims of need and an appropriate standard of life" (277).

When discussing the role of government in economic activity Rawls refers to four "branches" of fiscal and resource management activity (TJ 275 ff.). The allocation branch keeps the price system competitive and "prevents the formation of unreasonable market power" (276), and actively monitors market imperfections and externalities. The stabilization branch "strives to bring about reasonably full employment". The transfer branch is responsible for managing the transfer of incomes necessary to establish the social minimum. And the distribution branch "is to preserve an approximate justice in distributive shares by means of taxation and the necessary adjustments in the rights of property" (277).

The primary implications of the theory of justice for economics cross several topics: distribution, taxation, and the idea of a social minimum. Rawls thinks about taxation in several places. The topic arises in TJ under "Institutions for Distributive Justice" (277-280):


The taxes and enactments of the distribution branch are to prevent this limit [in the range of wealth inequalities] from being exceeded. (278)

The second part of the distribution branch is a scheme of taxation to raise the revenues that justice requires. Social resources must be released to the government so that it can provide for the public goods and make the transfer payments necessary to satisfy the difference principle. (278)

A parallel discussion of taxation occurs under the topic of "Economic Institutions" in JF (160-162). There Rawls makes several comments on wealth and inheritance taxes:


First, consider bequest and inheritance: we borrow from Mill (and others) the idea of regulating bequest and restricting inheritance. ... The principle of progressive taxation is applied at the receiver's end. Those inheriting and receiving gifts and endowments pay a tax according to the value received and the nature of the receiver.... The aim is to encourage a wide and far more equal dispersion of real property and productive assets.

Second, the progressive principle of taxation might not be applied to wealth and income for the purposes of raising funds (releasing resources to government), but solely to prevent accumulations of wealth that are judged to be inimical to background justice....

Another important economic idea that emerges from Rawls's theory is the notion of a social minimum -- essentially an income guarantee for low-income people, established through an income supplement system if needed. This principle derives from the difference principle, Rawls's view that inequalities need to be the least system of inequalities consistent with the maximum result for the least-well-off segment of society.


Once the difference principle is accepted, however, it follows that the minimum is to be set at that point which, taking wages into account, maximizes the expectations of the least advantaged group. By adjusting the amount of transfers (for example, the size of supplementary income payments), it is possible to increase or decrease the prospects of the more disadvantaged, their index of primary goods (as measured by wages plus transfers), so as to achieve the desired result. (285)

Here is what seems to come out of Rawls's discussion of economic institutions and justice. It is a theory of political economy that holds that government has substantial obligations based on distributive justice. It has the obligation of maintaining and correcting the system of economic institutions so as to prevent "unacceptable" levels of inequalities of income and wealth. It has the obligation of providing the resources for securing public goods at an appropriate level. and it has an obligation of collecting taxes sufficient to fund the social minimum for all citizens. It is an account that is well informed about then-current thinking about institutions and public choice. It rests on realistic assumptions about motivation and incentives. And it appears to set the stage for a set of institutions that appear to be economically feasible, along the lines of Scandinavian forms of social democracy.
(Some readers may wonder, as I do, whether the concept of a "proportional expenditure tax" has been seriously explored by economic experts. Here is a review by Michael Graetz in the Harvard Law Review in 1979, arguing that the system is politically infeasible.)
Dan Little at 6:58 AM
Share