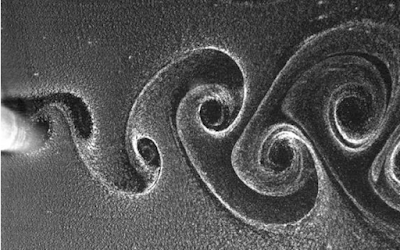 One of the most interesting authorities on social models and simulations is Scott Page. This month he published a major book on this topic, The Model Thinker: What You Need to Know to Make Data Work for You, and it is a highly valuable contribution. The book corresponds roughly to the content of Page's very successful Coursera course on models and simulations, and it serves as an excellent introduction to many different kinds of mathematical models in the social sciences.

Page's fundamental premise in the book is that we need many models, and many intellectual perspectives, to make sense of the social world. Mathematical modeling is a way of getting disciplined about the logic of our theories and hypotheses about various processes in the world, including the physical, biological, and social realms. No single approach will be adequate to understanding the complexity of the world; rather, we need multiple hypotheses and models to disentangle the many concurrent causal and systemic processes that are under way at a single time. As Page puts the point:


As powerful as single models can be, a collection of models accomplishes even more. With many models, we avoid the narrowness inherent in each individual model. A many-models approach illuminates each component model's blind spots. Policy choices made based on single models may ignore important features of the world such as income disparity, identity diversity, and interdependencies with other systems. (2)

Social ontology supports this approach in a fundamental way. The way I would put the point is this: social processes are almost invariably heterogeneous in their causes, temporal characters, and effects. So we need to have a way of theorizing society that is well suited to the forms of heterogeneity, and the many-models approach does exactly that.

Page proposes that there are multiple reasons why we might turn to models of a situation (physical, ecological, social, ...): to "reason, explain, design, communicate, act, predict, and explore" (15). We might simplify this list by saying that models can enhance theoretical understanding of complex phenomena (explanation, discovery of truth, exploration of hypotheses) and they may also serve practical purposes involving prediction and control. 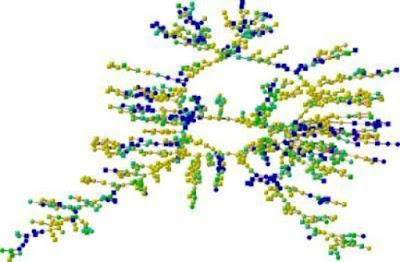 Especially interesting are topics taken up in later chapters of the book, including the discussion of network models and broadcast, diffusion, and contagion models (chapters 9-10). These are all interesting because they represent different approaches to a common social phenomenon, the spread of a property through a population (ideas, disease, rebellion, hate and intolerance). These are among the most fundamental mechanisms of social change and stability, and Page's discussion of relevant models is insightful and accessible.

Page describes the constructs he considers as models, or abstract representations analogous to mathematical expressions. But we might also think of them as mini-theories of social mechanisms. Many of these examples illustrate a single kind of process that is found in real social situations, though rarely in a pure form. Games of coordination are a good example (chapter 15): the challenge of coordinating behavior with another purposive actor in order to bring about a beneficial outcome for both is a common social circumstance. Game theory provides an abstract analysis of how coordination can be achieved between rational agents; and the situation is more complicated when we consider imperfectly rational actors.

Another distinction that might be relevant in sorting the models that Page describes is that between "micro" and "macro". Some of the models Page presents have to do with individual-level behavior (and interactions between individuals); whereas others have to do with transitions among aggregated social states (market states, political regimes, ecological populations). The majority of the models considered have to do with individual choice, decision rules, and information sharing -- a micro-level approach comparable to agent-based modeling techniques. Several of the systems-dynamics models fall at the macro-end of the spectrum. Page treats this issue with the concept of "granularity": the level of structure and action at which the model's abstraction is couched (222).

The book closes with two very interesting examples of important social phenomena that can be analyzed using some of the models in the book. The first is the opioid epidemic in the United States, and the second is the last four decades' rapid increase in economic inequality. Thomas Schelling's memorable phrase, "the inescapable mathematics of musical chairs", is relevant to both problems. Once we recognize the changing rates of prescription of opioids, clustering of opioid users, and probability of transitioning from usage to addiction, the explosion of addition rates and mortality is inevitable.

Early in the book Page notes the current vogue for "big data" as a solution to the problem of understanding and forecasting large social trends and changes. He rightly argues that the data do not speak for themselves. Instead, it is necessary to bring analytical techniques to bear in order to identify relevant patterns, and we need to use imagination and rigor in creating hypotheses about the social mechanisms that underlie the patterns we discover. The Model Thinker is indeed a model of an approach to analyzing and understanding the complex world of social action and interaction that we inhabit.
Posted by Dan Little at 8:45 PM No comments: 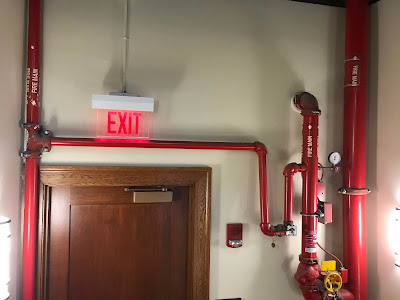 This month marks the end of the eleventh year of publication of Understanding Society. Thanks to all the readers and visitors who have made the blog so rewarding. The audience continues to be international, with roughly half of visits coming from the United States and the rest from UK, the Philippines, India, Australia, and other European countries. There are a surprising number of visits from Ukraine.

Topics in the past year have been diverse. The most frequent topic is my current research interest, organizational dysfunction and technology failure. Also represented are topics in the philosophy of social science (causal mechanisms, computational modeling), philosophy of history, China, and the politics of hate and division. The post with the largest number of views was "Is history probabilistic?", posted on December 30, and the least-read post was "The insights of biography", posted on August 29. Not surprisingly, the content of the blog follows the topics which I'm currently thinking about, including most recently the issue of sexual harassment of women in university settings.

Writing the blog has been a good intellectual experience for me. Taking an hour or two to think intensively about a particular idea -- large or small -- and trying to figure out what I think about it is genuinely stimulating for me. It makes me think of the description that Richard Schacht gave in an undergraduate course on nineteenth-century philosophy of Hegel's theory of creativity and labor. A sculptor begins with an indefinite idea of a physical form, a block of stone, and a hammer and chisel, and through interaction with the materials, tools, and hands he or she creates something new. The initial vision, inchoate as it is, is not enough, and the block of stone is mute. But the sculptor gives material expression to his or her visions through concrete interaction with the materials at hand. This is not a bad analogy for the process of thinking and writing itself. It is interesting that Marx's conception of the creativity of labor derives from this Hegelian metaphor.

This is what I had hoped for when I began the blog in 2007. I wanted to have a challenging form of expression that would allow me to develop ideas about how society and the social sciences work, and I hoped that this activity would draw me into new ideas, new thinking, and new approaches to problems already of interest. This has certainly materialized for me -- perhaps in the same way that a sculptor develops new capacities by contending with the resistance and contingency of the stone. There are issues, perspectives, and complexities that I have come to find very interesting that would not have come up in a more linear kind of academic writing.

It is also interesting for me to reflect on the role that "audience" plays for the writer. Since the first year of the blog I have felt that I understood the level of knowledge, questions, and interests that brought visitors to read a post or two, and sometimes to leave a comment. This is a smart, sophisticated audience. I have felt complete freedom in treating my subjects in the way that I think about them, without needing to simplify or reduce the problems I am considering to a more "public" level. This contrasts with the experience I had in blogging for the Huffington Post a number of years ago. Huff Post was a much more visible platform, but I never felt a connection with the audience, and I never felt the sense of intellectual comfort that I have in producing Understanding Society. As a result it was difficult to formulate my ideas in a way that seemed both authentic and original.

So thank you, to all the visitors and readers who have made the blog so satisfying for me over such a long time.