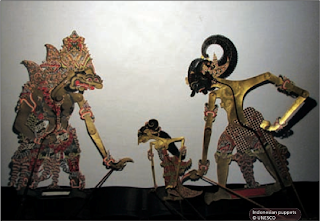 Last month the International Social Science Council (ISSC) launched a major review of the status of the social sciences worldwide (link).  The report was commissioned and partially funded by UNESCO.  The full report is available as a PDF file, and it is an important piece of work.  It includes review essays by leading social scientists and chiefs of social science research organizations in Europe, North America, the Middle East, Africa, and Latin America and the Caribbean, and it makes an effort to provide a fairly comprehensive snapshot of the current state of affairs in the institutions, funding, and patterns of collaboration that currently drive social science research programmes in almost all regions of the world.  (It is interesting to observe that there is not a single mention of social science research in Israel.)

The primary focus of the report is on the institutional settings within which social science research takes place globally: for example, funding systems, universities and institutes, peer review systems, and publication systems.  To what extent are these institutions, in various regions of the world, succeeding in supporting and encouraging the kinds of social science research that will further the policy and informational needs of the publics they serve?  And to what extent are there substantial differences across regions of the world with respect to the depth and effectiveness of these institutional supports for the social sciences?

Here are three high-level changes in the social sciences that are noted in the report:

A more pervasive finding that structures many chapters in the report is the idea of "divides" within and across the world's communities of social scientists.  Most fundamental is the gap in resources and institutional capacity that exists between North and South with respect to social science research:


For any observer of social sciences worldwide, the most striking divide is between countries and regions. There is not much in common between a social science department in a well-endowed university of the global North and a social science research institute in a Southern country suffering from economic and political instability. (3)

(Here is a map indicating widely different levels of spending on tertiary education across the globe:) 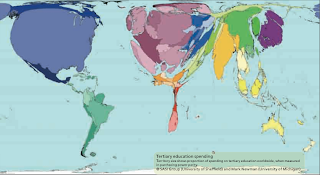 But the report also highlights divides across the practices of the social sciences that reflect real differences in intellectual commitments:


From an epistemological point of view, social sciences have been diverse and are characterized by a multiplicity of methods, approaches, disciplines, paradigms, national traditions and underlying political and social philosophies. (3)


The social sciences are concerned with providing the main classificatory, descriptive and analytical tools and narratives that allow us to see, name and explain the developments that confront human societies. They allow us to decode underlying conceptions, assumptions and mental maps in the debates surrounding these developments. They may assist decision-making processes by attempting to surmount them. And they provide the instruments to gauge policies and initiatives, ‘and to determine what works and what does not’. (9)

Another organizing thread in the work of this large team of collaborators is the idea that the social sciences are most valuable when they make a contribution to the solution of important social and political problems.  They specifically refer to a set of common challenges that are of concern to virtually all the regional research communities surveyed here:


Challenges such as environmental change, poverty, financial crisis and inequality, as well as trends affecting human societies such as ageing, marginalization and the rise of cities as strategic economic spaces in the global economy are occurring everywhere but take on different forms according to local contexts. The authors discuss a wide array of challenges and trends, but other challenges such as gender issues, public health concerns, security, food crisis, migrations, diversity and integration, and burning issues and trends could also have found a place in this section. (9-10)

The greatest value and interest of this report is the degree of detail it is possible to glean from the summary reports provided by the regional associations of the social sciences.  This gives a cumulatively detailed impression of the ways in which the social sciences are framed in Africa, the Middle East, Asia, and Latin America, as well as North America and Europe.  Here is a nice example from Huang Ping's survey of the status of the social sciences in China, where Ping provides historical context for Chinese social science:


In terms of what we see today, the status of the social sciences in China can be traced back to the late nineteenth and early twentieth centuries, when the first generation of Chinese students and scholars returned from Western countries, mostly the UK and the USA, after completing their degrees or their research.

After the Second World War and since the founding of the People’s Republic of China in 1949, social sciences in China have developed along three traditions: Chinese scholarly academia, especially Confucianism, Daoism and Buddhism; focusing on economics in line with Soviet influences and Marxist studies; and later, Western approaches.

During the Cultural Revolution (1966–76), social sciences almost disappeared and were hardly taught. After the opening-up process initiated in 1978, social sciences, along with science and research in general, were resumed and given a mandate to support the reform process. The Soviet influence gradually disappeared, and Western, especially US, social science approaches became the most influential. Sociology, for example, had been banned since 1952 and was reintroduced in 1979. During the past decade, traditional Chinese academic traditions have been reintroduced in universities and have caught the interest of an increasing number of students. (73)

The report does not explicitly attempt to map the range and diversity of research priorities in different regions of the world; but it is possible to begin to do so by paying close attention to the surveys offered by the regional associations for social science research. Topics vary across regions. What is more difficult to assess is the degree to which epistemologies, theories, and intellectual frameworks vary as well -- though Sandra Harding's contribution points in this direction. (See an earlier posting discussing work by Gabriel Abend on "Styles of Epistemology" (link).)

Particularly interesting for me are short pieces by Saskia Sassen ("Cities in today's global age"), Craig Calhoun ("Social sciences in North America"), Akhil Gupta ("Construction of the global poor"), David Harvey ("A financial Katrina?"), Jon Elster ("One social science or many?"), and Sandra Harding ("Standpoint methodologies and epistemologies: A logic of scientific inquiry for people").

In short, this is a genuinely interesting and detailed review of the status of the social sciences in the world today, and anyone with an interest in the "sociology of the social sciences" and the globalization of social knowledge will want to read it carefully.
Posted by Dan Little at 9:32 AM

Many thanks for this!