George Herbert Mead on the self 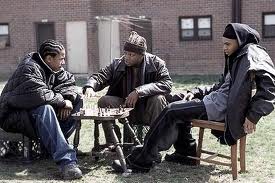 Sociologists sometimes come back to George Herbert Mead as a founder who still has something important to contribute to contemporary theory. This is especially true in ethnomethodology and symbolic interactionism, but it comes up in current lively discussions of pragmatism and action as well. So what can we learn from reading Mead today?

Mead writes and thinks in a way that is both scientific and philosophical. His contributions are to the field of "social psychology," and he locates himself within a discourse that includes Watsonian behaviorism and William James's introspectionism. But much of his prose seems very familiar to me as a philosopher. You can hear the reverberations of earlier philosophical debates in his writing -- Cartesianism, Hegelianism, Dilthey's hermeneutics -- and his style of argumentation also feels philosophical. (I never read Mead during my training as a philosopher, though the pragmatist spirit surely infused the Harvard philosophy department, with its intellectual affiliations to James and Peirce.)

Let's take a quick tour through some of the topics in Mind, Self, and Society: From the Standpoint of a Social Behaviorist (Works of George Herbert Mead, Vol. 1)

. The title is entirely descriptive; the core issue is how to characterize the "me" -- the personal, the conscious individual, the intentional actor, and to theorize about how the self is related to the social world. Mead's fundamental view is that the tradition of philosophy has gotten the relationship backwards; philosophers have built the social from the individual, but actually the self is in some important way the sum of its social relations.

Mead favors the "social first" approach. This doesn't rest on some kind of spooky Durkheimianism about irreducible social wholes, but rather the point that individuals always take shape within the ambit of a set of social relationships, language practices, and normative cues.


Our contention is that mind can never find expression, and could never have come into existence at all, except in terms of a social environment; that an organized set or pattern of social relations and interactions (especially those of communication by means of gestures functioning as significant symbols and thus creating a universe of discourse) is necessarily presupposed by it and involved in its nature. (222)

Mead's theory postulates that the self is built up out of imitative practices, gestures, and conversations over time. The individual forms a reflective conception of his / her self that derives from example and engagement with specific other actors within his / her social space. Here is how he puts his theoretical stance in the first few pages:

One thing that makes Mead's position here more distinctive is the way that it fits into his broader theory of symbolic manipulation. His ideas about rationality rotate around the human being's ability to use and manipulate symbols. This is what reflective thought involves, according to Mead: to assign symbols to features of he world, and then to choose actions based on reasoning about the relationships among those symbols.

Here is another clear statement about the self and the social:


The mind is simply the interplay of such gestures in the form of significant symbols. We must remember that the gesture is there only in its relationship to the response, to the attitude. (188)

This insistence on the primacy of social relationships for defining the self might imply a problem for the first human self; but actually the development of sociality presumably parallels exactly the development of language and action. We aren't forced to begin in a social contract, state of nature point of view.

So what do action and intention look like on Mead's approach? He asks the question, what role does thought play in action? He concludes that it does play a role; but that the role is not entirely inside the head. His example turns the rational actor model on its head. Rather than deriving outcomes from the bare calculating actor, he understands the actor's deliberations in terms of the values and attitudes of his/her social environment. Speaking of a hypothetical policy maker who identifies strongly with his/her community, he writes:


He is successful to the degree that the final “me” reflects the attitude of all in the community. What I am pointing out is that what occurs takes place not simply in his own mind, but rather that his mind is the expression in his own conduct of this social situation, this great co-operative community process which is going on. (187)

And here is a nice description of purposive action.


In the type of temporary inhibition of action which signifies thinking, or in which reflection arises, we have presented in the experience of the individual, tentatively and in advance and for his selection among them, the different possibilities or alternatives of future action open to him within the given social situation—the different or alternative ways of completing the given social act wherein he is implicated, or which he has already initiated. (90)

This is a reasonable statement of the situation of purposive deliberation: the person entertains in thought the various behaviors he/she can undertake and the possible consequences of those behaviors. The person then chooses a behavior in consideration of which of those consequences is most favored. So this passage conforms loosely to the desire-belief-outcome model and provides an explication of an aspect of consciousness and reflexivity. What is perhaps somewhat more surprising, however, is that Mead's position here seems mildly inconsistent with the earlier expressed ideas of the self as a reflection of the social world in which the biological individual abides. This passage suggests more of a traditional individual-rationality approach to action.

Another common thread in Mead's various discussions of action and behavior is his use of the idea of "habit".  Mead places "habit" as an alternative to "intelligent conduct":


It is the entrance of the alternative possibilities of future response into the determination of present conduct in any given environmental situation, and their operation, through the mechanism of the central nervous system, as part of the factors or conditions determining present behavior, which decisively contrasts intelligent conduct or behavior with reflex, instinctive, and habitual conduct or behavior—delayed reaction with immediate reaction. That which takes place in present organic behavior is always in some sense an emergent from the past, and never could have been precisely predicted in advance—never could have been predicted on the basis of a knowledge, however complete, of the past, and of the conditions in the past which are relevant to its emergence; and in the case of organic behavior which is intelligently controlled, this element of spontaneity is especially prominent by virtue of the present influence exercised over such behavior by the possible future results or consequences which it may have. (98)

He turns to the concept of habit to explain language and to describe ordinary actions in the world.

One of the most interesting currents in sociology today is the new pragmatism -- I'm thinking of work by Neil Gross and Hans Joas in particular.  Several earlier posts have focused on their efforts to provide a new theory of the actor that draws upon pragmatism (link, link).  Mead's theory of the self provides some of the intellectual foundations of this approach; but it doesn't tell the whole story.  In particular, the provocative ideas that are foundational in the new pragmatism --
-- seem not to originate in Mead.  Mead's central contributions (in a Twitter-sized bite) seems to be that the self is constituted and created by its social context; and there is a large component of "habit" in ordinary social action.
Posted by Dan Little at 11:19 PM

Keep up the good work,
John

Many years ago in an unfinished Phd I tried for a while to tie Mead,to Habermas's 'ideas' on truth in dialog and the one way dimension of the radio/TV.....anyone else see a link ?

What reference is 222? Where are the quotes from? Very interesting article!

These are page numbers to the print edition as recorded in the kindle edition.

If we ever do end up acting just like a rats or pavlov's dogs, it will be largely because behaviorism has conditioned us to do so. See the link below for more info.