Organizational failure as a meso cause 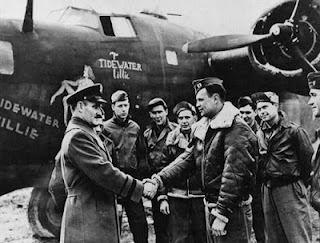 A recurring issue in the past few months here has been the validity of meso-level causal explanations of social phenomena. It is self-evident that we attribute causal powers to meso entities in ordinary interactions with the social world. We assent to statements like these; they make sense to us.
We can gain some clarity on the role played by appeals to meso-level factors by considering a concrete example in detail. Military failure is a particularly interesting example to consider. Warfare proceeds through complex interlocking social organizations; it depends on information collection and interpretation; it requires the coordination of sometimes independent decision-makers; it involves deliberate antagonists striving deliberately to interfere with the strategies of the other; and it often leads to striking and almost incomprehensible failures. Eliot Cohen and John Gooch's Military Misfortunes: The Anatomy of Failure in War is a highly interesting study of military failure that makes substantial use of organizational sociology and the sociology of failure more broadly, so it provides a valuable example to consider.

Here are a few framing ideas that guide Cohen and Gooch in their analysis and selection of cases.


True military "misfortunes" -- as we define them -- can never be justly laid at the door of any one commander. They are failures of the organization, not of the individual. The other thing the failures we shall examine have in common is their apparently puzzling nature. Although something has clearly gone wrong, it is hard to see what; rather, it seems that fortune -- evenly balanced between both sides at the outset -- has turned against one side and favored the other. These are the occasions when it seems that the outcome of the battle depended at least as much on one side's mishandling of the situation as on the other's skill in exploiting a position of superiority ... The causes of organizational failure in the military world are not easy to discern. (3)

From the start, then, Cohen and Gooch are setting their focus on a meso-level factor -- features of organizations and their interrelations within a complex temporally extended period of activity.  They note that historians often start with the commander -- the familiar explanation of failures based on "operator error" -- as the culprit.  But as they argue in the cases they consider, this effort is as misguided in the case of military disaster as it is in other kinds of failure.  Much more fundamental are the organizational failures and system interactions that led to the misfortune. Take Field Marshal Douglas Haig, whose obstinate commitment to aggressive offense in the situation of trench warfare has been bitterly criticized as block-headed:


Not only was the high command confronted by a novel environment; it was also imprisoned in a system that made it well-nigh impossible to meet the challenges of trench warfare. The submissive obedience of Haig's subordinates, which Forester took for blinkered ignorance and whole-hearted support, was in reality the unavoidable consequence of the way in which the army high command functioned as an organization under its commander in chief. (13)

So why are organizations so central to the explanation of military failure?


Wherever people come together to carry out purposeful activity, organizations spring into being. The more complex and demanding the task, the more ordered and integrated the organization. ... Men form organizations, but they also work with systems. Whenever technological components are linked together in order to carry out a particular scientific or technological activity, the possibility exists that the normal sequence of events the system has been designed to carry out may go awry when failures in two or more components interact in an unexpected way. (21, 22)

And here is the crucial point: organizations and complexes of organizations (systems) have characteristics that sometimes produce features of coordinated action that are both unexpected and undesired.  A certain way of training officers may have been created in order to facilitate unity in combat; but it may also create a mentality of subordinacy that makes it difficult for officers to take appropriate independent action.  A certain system for managing the flow of materiel to the fighting forces may work fine in the leisurely circumstances of peace but quickly overload under the exigencies of war.  Weapon systems designed for central Europe may prove unreliable in North Africa.

Eliot and Gooch place organizational learning and information processing at the core of their theories of military failure.  They identify three kinds of failure: "failure to learn, failure to anticipate, and failure to adapt" (26). As a failure to learn, they cite the US Army's failure to learn from the French experience in Vietnam before designing its own strategies in the Vietnam War.  And they emphasize the unexpected interactions that can occur between different components of a complex organization like the military.  They recommend a "layered" analysis: "We look for the interactions between these organizations, as well as assess how well they performed their proper tasks and missions" (52).

The cases they consider correspond to this classification of failure.  They examine failure to learn in the case of American antisubmarine warfare in 1942; failure to anticipate in the case of the Israel Defense Forces' failure on the Golan Heights, 1973; and failure to adapt in the British disaster at Gallipoli, 1915.  Their example of aggregate failure, involving all three failures, is the defeat of the American Eighth Army in Korea, 1950.  And they reserve the grand prize, catastrophic failure, for the collapse of the French army and air force in 1940.

Each of these cases illustrates the authors' central thesis: that organizational failures are at the heart of many or most large military failures.  The example of the failure of the American antisubmarine campaign in 1942 off the east coast of the United States is particularly clear.  German submarines preyed at will on American shipping, placing a large question mark over the ability of the Americans to continue to resupply Allied forces in Europe.  The failure of American antisubmarine warfare was perplexing because the British navy had already developed proven and effective methods of ASW, and the American navy was aware of those methods.  Unhappily, Eliot and Gooch argue, the US Navy did not succeed in learning from this detailed wartime experience.

The factors that Eliot and Gooch cite include: insufficient patrol boats early in the campaign: insufficient training for pilots and patrol vessel crews; crucial failures on operational intelligence ("collection, organization, interpretation and dissemination of many different kinds of data"; 75); and, most crucially, organizational failures.


A prompt and accurate intelligence assessment would mean nothing if the analysts could not communicate that assessment directly to commanders on the scene, if those commanders did not have operational control over the various air and naval assets they required to protect shipping and sink U-boats, if they saw no reason to heed that intelligence, or if they had no firm notion of what to do about it. The working out of correct standard tactics ... could have no impact if destroyer skippers did not know or would not apply them. Moreover, as the U-boats changed their tactics and equipment ..., the antisubmarine forces needed to adopt compensating tactical changes and technological innovation. (76)

This contrasts with the British case:


The British system worked because it had developed an organizational structure that enabled the Royal Navy and RAF to make use of all of the intelligence at their disposal, to analyze it swiftly and accurately, and to disseminate it immediately to those who needed to have it. (77)

So why did the US Navy not adopt the British system of organization?  Here too the authors find organizational causes:


If the United States Navy had thought seriously about adapting its organization to the challenges of ASW in a fashion similar to that chosen by the British, it would have required major changes in how existing organizations operated, and in no case would this have been more true than that of intelligence. (89)

So in this case, Eliot and Gooch find that the failure of the US Navy to conduct effective antisubmarine warfare off the coast of the United States resides centrally in features of the organization of the Navy itself, and in collateral organizations like the intelligence service.

This is a good example of an effort to explain concrete and complex historical outcomes using the theoretical resources of organizational sociology.  And the language of causation is woven throughout the narrative.  The authors make a credible case for the view that the organizational features they identify caused (or contributed to the cause) of the large instances of military failure they identify.