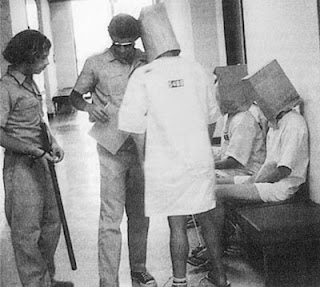 John Doris argues in Lack of Character: Personality and Moral Behavior that the basic theory of action associated with virtue ethics and the theory of moral character is most likely incorrect. The character theory maintains that individuals have stable traits that lead them to behave similarly in a range of relevant but differing circumstances. A person with the traits of honesty or compassion will behave truthfully or benevolently in a range of circumstances, when it is easy to do so and when it is more difficult.


Situationism is the competing view that maintains that people's actions are more sensitive to features of the situation of action than to enduring underlying traits. Doris largely endorses situationism -- for example, he cites experiments showing that subjects make different choices when confronted with a situation of a need for help by another person, depending on whether or not the subject recently found a small amount of money. Apparently situations that induce a "good mood" make a large difference in benevolent behavior. Rachana Kamtekar does a good job of explaining situationism as presented by moral philosophers such as Gilbert Harman; link. Kamtekar summarizes situationism in these terms:


Situationist social psychologists tell us that information about people’s distinctive character traits, opinions, attitudes, values, or past behavior is not as useful for determining what they will do as is information about the details of their situations. (458)

Doris's argument is almost entirely grounded on the findings of experimental psychology drawn from a number of experiments designed to observe how people will behave when faced with a particular situation involving the wellbeing of others. Particularly well known are the Milgram experiment and the Stanford prison experiment performed by Philip Zimbardo and colleagues, which Doris discusses extensively; but there are many others with similar results that have been performed within social psychology as well.

It isn't Doris's view that there are no personality traits at all, but rather that they are small and context-specific in contrast to the general character traits cited in the literature of virtue ethics. "I allow for the possibility of temporally stable, situation-particular, 'local' traits that are associated with important individual differences in behavior" (25). In particular, he takes issue with the "globalism" of many theories of moral virtues and character. Those theories typically make three important assumptions about the virtues of character that Doris finds to be contradicted by the evidence of empirical research in psychology:
He concludes that these three features are not supported by the evidence:

There are several things about Doris's approach that I like. His insistence that moral philosophy needs to be attentive to the findings of empirical psychological research is compelling. His care in treating the philosophical theories he challenges in thoughtful detail is appealing.

What Doris doesn't provide is any kind of theory of the actor of his own. He doesn't favor the idea that actors possess character traits; but we are left in the dark about how he thinks our actions actually proceed. Is it a form of calculation? Is it the result of intuition and snap judgment (along the lines of Daniel Kahneman's arguments in Thinking, Fast and Slow)? Doris doesn't offer an alternative theory of how the actor processes a situation and arrives at an action. And in fact, it's somewhat difficult to see how we would characterize any human behavior without recourse to something like character traits and dispositions. Is every moment a new occasion for spontaneous choice or rational calculation? Is action at a moment simply the result of unconscious prior stimulation and a little bit of cognition about the current situation?

Doris discusses a possible solution to this worry, the theory of "social cognitivism" (76 ff.).


[Social cognitivists] understand behavior as a function of each person's "cognitive-affective personality system": the organization of beliefs, feelings, goals, competencies, and strategies that is supposed to support "stable and distinctive patterns of intraindividual variability in behavior". (77)

I don't know whether the social cognitivists (e.g. Walter Mischel and Yuichi Shoda) succeed in offering a compelling empirical case for their view; but at least it provides a somewhat developed theory of the actor. In any case, it is not a framework that Doris endorses. And that seems to leave his account with a large hole in the middle: we would like to have an answer to the question, how do actors process the situations they encounter and arrive at actions to perform? What is the theory of the actor that is most plausible given a commitment to situationalism?

Here is Rachana Kamtekar's most fundamental objection to the kinds of arguments offered by Doris and others:


It should by now be clear that the experiments which ﬁnd character traits to correlate poorly with behavior rely on a very particular conception of a character trait: as an isolable and nonrational disposition to manifest a given stereotypical behavior that differs from the behavior of others and is fairly situation insensitive. (477)

In fact, Kamtekar suggests that situationism in the extreme is incompatible with almost every form of moral or practical reasoning:

Perhaps, if situationism is true, then the answer to the practical question “what can I do to take charge of my situation?”is“nothing”— the features of situations that determine behavior are so subtle and surprising that no ordinary rational strategies could enable us to be masters of our situations. But such pessimism is premature, and if it were ever to become warranted, then it is not only virtue ethics and the notion of character that we would have to jettison, but the power of practical reasoning. (491)

Pure situationism seems to run deeply contrary to our ordinary, commonsense understandings of how and why people behave as they do. Doris doesn't have too much regard for commonsense when it comes to understanding behavior, though he does address the topic. But if we think about the people we've observed most closely in professional contexts, personal life, and politics, it seems hard to avoid the sober conclusion that these individuals do indeed have "character", for better or worse, and that their characters differ. This one can be counted on to deflect responsibility for bad outcomes in his or her division; that one is solidly committed to his spouse; and that one is forever expedient in appealing for votes. People differ in these ways in our ordinary experience; so it is difficult to find the experiments of Milgram or Zimbardo sufficient to erase our reliance on the idea of persistent character traits in ordinary people. (Could we design experiments that seek to evaluate characteristics like "avoids responsibility," "honors familial commitments," "acts out of devotion to principle"?)

I have a question: situationism seems much like behaviorism in that it ignores or brackets what's inside the box. Might then the same arguments wielded against behaviorism apply to situationism?

Thanks, Howard. That's a good way of paraphrasing the view I'm taking here: there's no theory of the actor, so we are in the dark about how the actor deliberates and chooses. I hadn't thought to put it in terms of a black box, but that is pretty accurate.