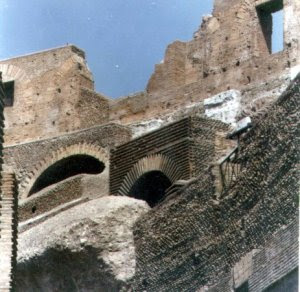 To what extent is it possible to predict the course of large-scale history -- the rise and fall of empires, the occurrence of revolution, the crises of capitalism, or the ultimate failure of twentieth-century Communism? One possible basis for predictions is the availability of theories of underlying processes. To arrive at a supportable prediction about a state of affairs, we might possess a theory of the dynamics of the situation, the mechanisms and processes that interact to bring about subsequent states, and we might be able to model the future effects of those mechanisms and processes. A biologist's projection of the spread of a disease through an isolated population of birds is an example. Or, second, predictions might derive from the discovery of robust trends of change in a given system, along with an argument about how these trends will aggregate in the future. For example, we might observe that the population density is rising in water-poor southern Utah, and we might predict that there will be severe water shortages in the region in a few decades. However, neither approach is promising when it comes to large historical change.
One issue needs to be addressed early on: the issue of determinate versus probabilistic predictions. A determinate prediction is one for which we have some basis for thinking that the outcome is necessary or inevitable: if you put the Volvo in the five million pound laboratory press, it will crush. This isn't a philosophically demanding concept of inevitability; it is simply a reflection of the fact that the Volvo has a known physical structure; it has an approximately known crushing value; and this value is orders of magnitude lower than five million pounds. So it is a practical impossibility that the Volvo will survive uncrushed. A probabilistic prediction, on the other hand, identifies a range of possible outcomes and assigns approximate probabilities to each outcome. Sticking with our test press example -- we might subject a steel bridge cable rated at 90,000 pounds of stress to a force of 120,000. We might predict that there is a probability of failure of the cable (40%) and non-failure (60%); the probability of failure rises as the level of stress is increased. But there is a range of values where the probabilities of the two possible outcomes are each meaningfully high, while there are extreme values where one option or the other is impossible.
In general, I believe that large-scale predictions about the course of history are highly questionable. There are several important reasons for this.
One reason for the failure of large-scale predictions about social systems is the complexity of causal influences and interactions within the domain of social causation. We may be confident that X causes Z when it occurs in isolated circumstances. But it may be that when U, V, and W are present, the effect of X is unpredictable, because of the complex interactions and causal dynamics of these other influences. This is one of the central findings of complexity studies -- the unpredictability of the interactions of multiple causal powers whose effects are non-linear.
Another difficulty -- or perhaps a different aspect of the same difficulty -- is the typical fact of path dependency of social processes. Outcomes are importantly influenced by the particulars of the initial conditions, so simply having a good idea of the forces and influences the system will experience over time does not tell us where it will wind up.
Third, social processes are sensitive to occurrences that are singular and idiosyncratic and not themselves governed by systemic properties. If the winter of 1812 had not been exceptionally cold, perhaps Napoleon's march on Moscow might have succeeded, and the future political course of Europe might have been substantially different. But variations in the weather are not themselves systemically explicable -- or at least not within the parameters of the social sciences.
Fourth, social events and outcomes are influenced by the actions of purposive actors. So it is possible for a social group to undertake actions that avert the outcomes that are otherwise predicted. Take climate change and rising ocean levels as an example. We may be able to predict a substantial rise in ocean levels in the next fifty years, rendering existing coastal cities largely uninhabitable. But what should we predict as a consequence of this fact? Societies may pursue different strategies for evading the bad consequencs of these climate changes -- retreat, massive water control projects, efforts at atmospheric engineering to reverse warming. And the social consequences of each of these strategies are widely different. So the acknowledged fact of global warming and rising ocean levels does not allow clear predictions about social development.
For these and other reasons, it is difficult to have any substantial confidence in predictions of the large course of change that a society, cluster of institutions, or population will experience. And this is a reason in turn to be skeptical about the spate of recent books about the planet's future. One such example is Martin Jacques' provocative book about China's future dominance of the globe, When China Rules the World: The End of the Western World and the Birth of a New Global Order: Second Edition

. The Economist paraphrases his central claims this way (link):

He begins by citing the latest study by Goldman Sachs, which projects that China's economy will be bigger than America's by 2027, and nearly twice as large by 2050 (though individual Chinese will still be poorer than Americans). Economic power being the foundation of the political, military and cultural kind, Mr Jacques describes a world under a Pax Sinica. The renminbi will displace the dollar as the world's reserve currency; Shanghai will overshadow New York and London as the centre of finance; European countries will become quaint relics of a glorious past, rather like Athens and Rome today; global citizens will use Mandarin as much as, if not more than, English; the thoughts of Confucius will become as familiar as those of Plato; and so on.

This is certainly one possible future. But it is only one of many scenarios through which China's future may evolve, and it overlooks the many contingencies and strategies that may lead to very different outcomes.
(I go into more detail on this question in "Explaining Large-Scale Historical Change"; link.)
Posted by Dan Little at 9:10 AM

Randall Collins predicted the fall of the Soviet empire using a very simple geopolitical model, which he later evaluated in this useful paper:

Or it might be argued that the Russian empire still exists, having abandoned the name it used for a brief period (USSR) and withdrawn from the perifery it controlled for some decades. The empire is now reorganizing itself under new management. There is a difference beween an empire falling and an empire changing management and taking a temporary step back.

And in a contrafactual world: Without the fracking revolution of the US energy supply, the Russian empire in its reduced form would look much more powerfull than it does today.