The historian and the archives 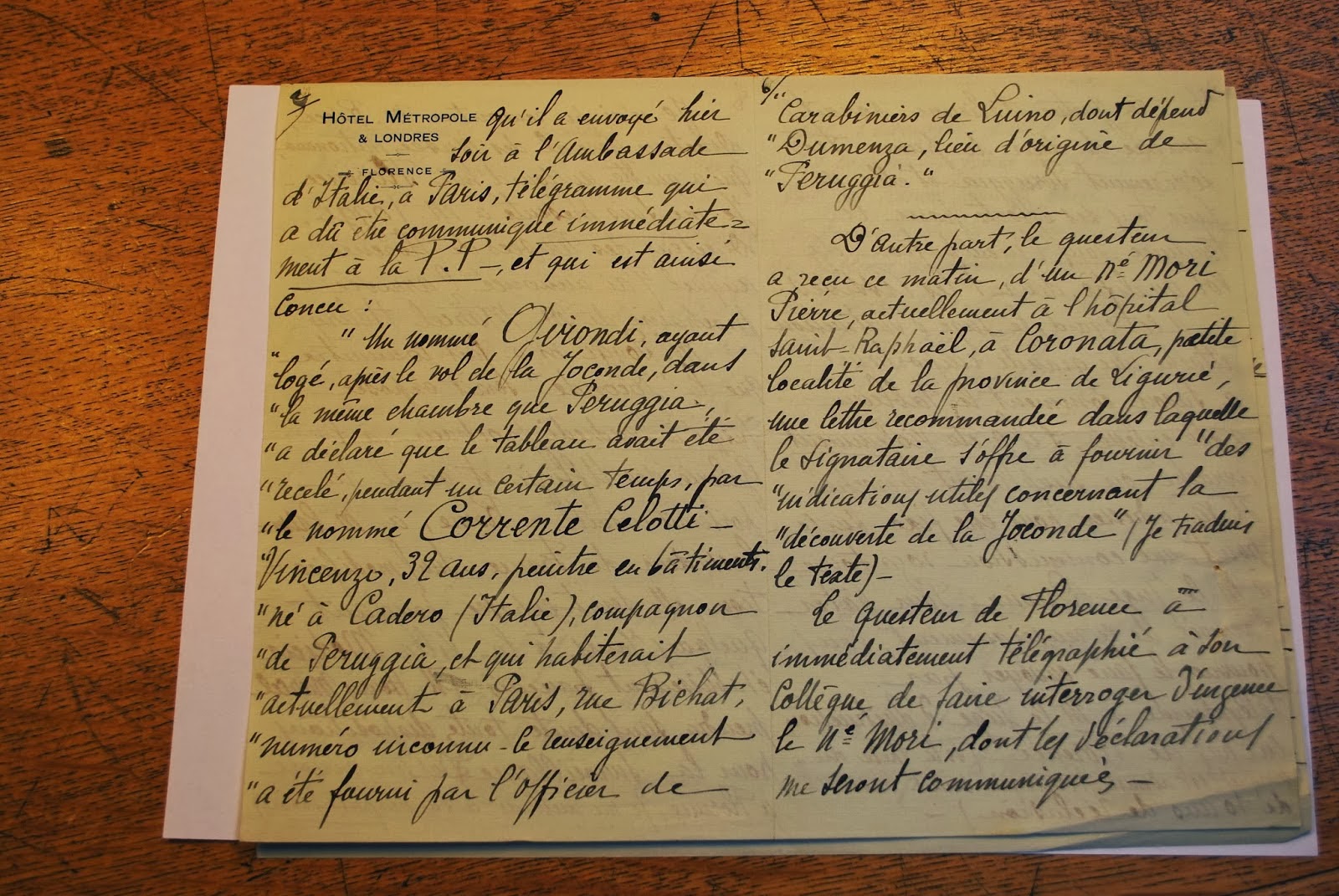 Generally speaking everyone understands that one important kind of research conducted by historians takes place in archives -- repositories of records and documents that have been preserved by governments or organizations for some purpose, in which documents are preserved that shed light on the past. But it is common to imagine that the trip to the archive is instrumental and wholly focused on the gathering of information that sheds light on the activities of individuals and organizations in the past. The purpose and value of the visit, on this account, is the gathering of information.

Arlette Farge is one of France's leading contemporary historians and is the author of Fragile Lives: Violence, Power, and Solidarity in Eighteenth-Century Paris. Her recently translated book The Allure of the Archives casts archival research in a very different light. Her use of archival materials is of course aimed at learning some of the details of the activities and practices of the past. But she very eloquently expresses the idea that archival work goes well beyond the mundane gathering and noting of facts. In fact, much of this short book reads as an almost poetic expression of the experience of engaging with old documents and scraps of paper in archives across France.


The taste for the archive is rooted in these encounters with the silhouettes of the past, be they faltering or sublime. There is an obscure beauty in so many existences barely illuminated by words, in confrontation with each other, imprisoned by their own devices as much as they were undone by their era. (kl 605-607)

The archive's allure, nonetheless, lives on. The taste for the archives is not a fashion that will go out of style as quickly as it came in. It comes from the conviction that the preservation of the judicial records has created a space of captured speech. The goal is not for the cleverest, most driven researcher to unearth some buried treasure, but for the historian to use the archives as a vantage point from which she can bring to light new forms of knowledge that would otherwise have remained shrouded in obscurity. (kl 668-672)

The book can be read as a counterargument against the idea that historical research can be done almost entirely in a digitized world of scanned documents available on the Internet. For Farge, the tactile and practical experience of spending hours, days, and weeks in direct contact with the documents of the past is an irreplaceable part of the historian's art. (Robert Darnton takes up this aspect of the book in his fine review of The Allure of the Archives here in the New York Review of Books.)

Farge provides a nuanced explanation of the unavoidable need for interpretation when the historian confronts a set of documents. This involves selection: "Purposefully focusing on a particular theme (drunkenness, theft, adultery) creates a specific viewpoint that requires explanation, because the space is necessarily reorganized by the research objective" (kl 778-780). And it involves reconstruction: It is necessary to be able to mentally reconstruct some of the context in which the documents were collected. But more, it is necessary to find ways of "hearing" the voices of the men and women whose moments of experience are captured on these scraps of paper. (As she points out in her description of the writings of the mad Thorin, it was literally necessary for her to vocalize the words and letters he had written to be able to guess the intended sentences. "Thorin might have been illiterate, but his writings, in their clumsy calligraphy, transmit what no ordinary text can: the way in which they were pronounced and articulated" (kl 750).)

Farge has written a personal book, almost an ethnographic book about the experience of using and learning from the miscellaneous documents of an archive (a judicial archive, in her case). But some of her own sensibilities as an interpreter and writer of history come through as well: an emphasis on the centrality of conflict in historical settings, a concern for the material and meaningful lives of ordinary women, an interest in the particulars of home and work for ordinary people, attention to the strategic intelligence of ordinary people in their interactions with police and the judicial apparatus.  Like Robert Darnton in The Great Cat Massacre: And Other Episodes in French Cultural History, she is interested in finding small clues in the evidence of the archive that shed light on aspects of ordinary social interactions and meanings in eighteenth-century Paris.

In particular, Farge is insistent that historians should not treat the archive as simply a source of interesting or surprising singular stories (the surprising discovery of a letter from one man to another about the charms of his wife, the marvelous discovery of report of a traffic incident involving the Marquis de Sade, a sword, and a horse). Her goal, and the goal of historians more generally, is to find ways of extracting a narrative from the material that somehow honors both the singularity and the thematic:


Our task is to find a language that can integrate singular moments into a narrative capable of reproducing their roughness, while underlining both their irreducibility and their affinity with other representations. We need a language that is capable of reconstructing and deconstructing, playing with the similar as with the different.... If we aim to “defend stories” and bring them into history, we must commit ourselves to demonstrating in a compelling manner the ways in which each individual constructed her own agency out of what history and society put at her disposal. When examined in this way, interrogations and testimonies shed light on the spaces where an individual entered into both peaceful and tumultuous relationships with different social groups, while at the same time struggling to preserve her freedoms and defend her autonomy. (kl 1073-1075)

And she steers a careful course between objectivity and subjectivity in telling history -- between "one truth about the past" and "all perspectives are equally valid":


The archive is a vantage point from which the symbolic and intellectual constructions of the past can be rearranged. It is a matrix that does not articulate “the” truth, but rather produces, through recognition as much as through disorientation, the elements necessary to ground a discourse of truth telling that refuses lies. Neither more nor less real than other sources, the archival documents display the fates of men and women whose surprising and somber actions crossed paths with an authority that had many faces. (kl1121-1125)

She finds that there are "foundational events" in history -- the Holocaust, the French Revolution -- whose features can and must be known. And the archive plays one important role in helping us know those facts:


It is important to understand that outside of certain rare exceptions, archival documents cannot be definitive proof. But they are reference points we cannot ignore, whose meaning must be constructed through rigorous and precise questioning. As historians we must recognize that “the validity of the knowledge depends on the validity of the purpose,” and that we must carefully navigate between recognizing the influence of our choices and the impossible theory of history as an objective compilation of facts. (kl 1164-1168)

These many documents and the voices they imperfectly capture give the historian a way of discerning some of the realities that underlay the grand events:


Through the archive we can glimpse what became of these people who were constantly in movement, and whose agency was composed of a continual combination and recombination of action and reaction, change and conflict. We must seize on to what happened, recognizing that in the facts we find in the archive something was always going on inside social relationships. As we abandon abstract categorizations, we can bring to light something that moved, arose, and fulfilled itself through continual change. (kl 1309-1312)

It is interesting to compare the central thrust of this book with some of the comments Farge made about archival research in Fragile Lives (first published in French in 1986, three years before the publication in French of Le gout de l'archive):


This book [Fragile Lives] was born out of the archives -- not from a set of documents, nor from chronicles, memoirs, novels or treatises of a judicial, administrative or literary nature. No, none of the above.

It came quite simply from the judicial archives -- the odd scrap, snatch of a phrase, fragments of lives from that vast repository of once-pronounced words that constitute the archives -- words emerging from the darkness and depths of three successive night-times: of time and oblivion; of the wretched and unfortunate; and last (and most impenetrable for our ow stubborn minds), the night of guild and its grip...

Historians who find themselves caught up with original sources become so fascinated by the archives that involvement with them makes it almost impossible to avoid self-justification through them or to resist the temptation to suppress any doubts these might cast on their own perceptions and systems of rationality or those of others. The impact the archives have on the historian (scarcely ever recognized explicitly) sometimes has the effect of actually denying their value. Fine though they might be, they are nonetheless full of pitfalls, and the corollary of their beauty is their deceptiveness. Any historian taking them on board cannot but be wary of the improbable outlines of the images they conceal. (1)

(Chuck Tilly refers to his first visit to a French archive in his preliminary phase of research on The Vendee: A Sociological Analysis of the Counter-Revolution of 1793 in the interview he did with me a few years ago (around minute 3 in the clip below). His excitement about that first visit persisted for almost fifty years.)