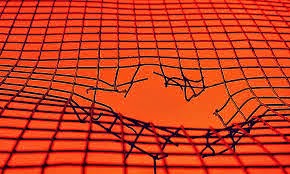 I've found the work of John Levi Martin to be particularly original when it comes to rethinking some of the basis assumptions of sociological theory. (Here are a few earlier posts on his work; link, link. John also provided a guest post here.) So I was pleased to receive a copy of his most recent book, Thinking Through Theory. The book takes a fresh look at the role of "theory" in the intellectual work that sociologists do, and it provides valuable guidance to Ph.D. students in sociology as they begin crafting their own intellectual tools. Here is how he introduces his topic:


This book is about the improvement of sociological theory. The focus here is on good thinking. I'm not saying that no one thinks well in our discipline, but we often can do better. Unfortunately, few theorists are explicitly concerned with the issues of how to avoid thinking in circles, how to know when we are contradicting ourselves, how to avoid thinking tautologies are meaningful. (vii)

JLM's central idea about the role of theory is what he calls "theory-work": attempts to "improve the precision, clarity, and coherence of our ideas" (10). Sometimes this means working hard to establish whether two sociological ideas are compatible. More generally, JLM recommends the hard work of teasing out the logical implications of the hypotheses and concepts that we use in attempting to make sense of the social world we encounter. (He calls this work "orthological", or "right-thinking".)

JLM doesn't give this example, but it would appear that Mancur Olson's discovery of the undermining logic of free riding within collective action is an example of what he means by good theory work. In The Logic of Collective Action: Public Goods and the Theory of Groups) Olson worked out the implications of the two framing ideas -- self-interested decision-making and the fact of shared interests within a group:
Olson demonstrated that the typical circumstances of groups with shared interests lead us from premise 1 to the negation of conclusion 3. Here Olson does exactly as JLM recommends; he works out the logic of collective action through careful analysis of the premises and the situation.

I like JLM's approach to the logic of theorizing in the social realm, but I find that I occasionally take issue with specific claims he makes. For example, in a brief discussion of Diane Vaughan's treatment of the Challenger space shuttle disaster in The Challenger Launch Decision: Risky Technology, Culture, and Deviance at NASA, he thinks that reference to "institutional culture" is tautological when used to explain behavior within a specific organization. "Institutional culture is itself nothing other than the pattern of social action that takes place in the institutional setting" (35; cf. 45). But a culture is more than an ensemble of behaviors. It is the embodied mental equipment that leads individuals within the institution to act as they do, and it is the microfoundations of training and socialization through which these individuals come to possess that mental equipment. These are organized processes and cognitive realities at both the individual and the ensemble levels, and it is reasonable to attribute a stable reality to them. Different organizations have substantially different cultures and norms, and it is perfectly justified to be realists in referring these cultures and norms as causal factors. This is not a tautology. Frank Dobbin does a good job of articulating this notion in Forging Industrial Policy: The United States, Britain, and France in the Railway Age (link).

I'm also unconvinced by the categorical position JLM takes on "actors". "There are no collective-level actors" (38). JLM correctly observes that organizations have internal structure, and that the sub-units of the organization contribute to the "decision" the organization makes. But he is insistent that decisions and actions are always conducted by individuals. I agree that there are always microfoundations for an organization's actions at the level of various individuals within the organization (link, link) -- just as there are microfoundations at the level of the neuron for the calculations that the individual considers. But neither set of microfoundations resolves the question of where the level of agency lies. And it seems to me that there are clear cases where an organization functions normally according to its own procedures and arrives at a decision, and it is appropriate to attribute the agency to the organization rather than the individual who signed the last document. Awarding tenure within a university is a good example. Decisions are made at a range of levels, subject to locally enforced procedures and criteria, and tenure is recommended. The fact that the provost is the final stop in the process doesn't mean that the action belongs to her alone.

These are not inconsequential quibbles. Rather, they contribute to a recommendation to JLM, to be more receptive to an appropriately developed realism when it comes to mid-level social structures and actors. JLM is right in saying that realists need to be substantially more rigorous in theorizing the entities and forces that they purport to identify at the meso (supra-individual) level (100). He is appropriately critical of some aspects of critical realism. But that doesn't mean that realism is illusory. Hard work is need to show how an organizational culture wields causal power, how a fiscal agency "decides" an interest rate policy, or how regulatory agencies are systematically subverted. And in my view, we need some new theoretical tools to allow us to arrive at a solid actor-centered social realist answer to these kinds of questions. But the questions themselves are legitimate and important.

This is a bold book. At bottom it is a call for rethinking almost all of the theoretical concepts that we use in the social sciences -- norm, institution, rationality, actor. JLM wants sociology to question its premises and look differently at the domain of the social world. I agree with him that this rethinking is needed. There are quite a few disparate voices attempting to do just that -- Fligstein and McAdam, for example, and Crozier and Friedberg before them (link, link), in their innovative efforts at joining actors and structures. Thinking Through Theory is a worthy contribution to this effort.