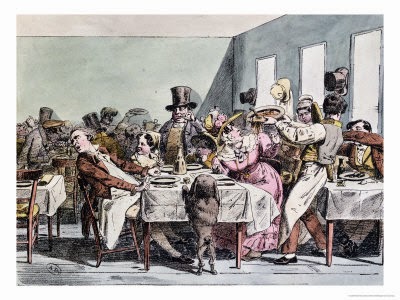 James Coleman offers a skeptical position on the question of the reality of social structures in his landmark book, Foundations of Social Theory (1990). Coleman advocates for a view of research and theory in sociology that emphasizes the actions of situated purposive individuals, and he deliberately avoids the idea of persistent social structures within which actors make choices. His focus is on the relations among actors and the higher-level patterns that arise from these relations.

This is a fascinating formulation. Essentially Coleman is offering a sketch of how we might conceive of a social ontology that suffices without reference to structures as independent entities. We are advised to think of social structures and norms as no more than coordinated and mutually reinforcing patterns of individual behavior. The emphasis is on individual behavior within the context of the actions of others. As he puts the point later in the book, “The elementary actor is the wellspring of action, no matter how complex are the structures through which action takes place” (503). Essentially there is no place for structures in Coleman’s boat (link).

Coleman takes a similar approach to the topic of social norms, one of the engines through which social structures are generally thought to wield influence on action:

Much sociological theory takes social norms as given and proceeds to examine individual behavior or the behavior of social systems when norms exist. Yet to do this without raising at some point the question of why and how norms come into existence is to forsake the more important sociological problem in order to address the less important. (241)

Coleman offers an example of the house-of-cards interdependence in question here in his discussion of problems arising within bureaucracies as a result of the cost of oversight and policing:


Many kinds of behavior in bureaucracies derive from this fundamental defect: stealing from an employer, loafing on the job, featherbedding (in which two persons do the work of one), padding of expense accounts, use of organizational resources for personal ends, and waste. (79)

The best illustration I can think of in this context is the category of conventional practices of behavior. Let's say that a study finds that Americans over-tip in small local restaurants. Here is a possible explanation. There is no rule or enforcement mechanism that punishes poor tippers. But because the restaurant is local, the client knows he or she will be returning; and because it is small, he or she knows that today's behavior will be noted and remembered. Further, the server recognizes the dynamic and reinforces it by providing small non-obligatory extras to the client -- a free dessert on a birthday, a good table for a special occasion, a larger pour from the wine bottle. This is an example of social behavior that fits Coleman's description of a "house of cards" pattern of interdependency between client and server. If the server stops playing his or her role, the client is less inclined to over-tip the next time; and if the supererogatory tip is not forthcoming, the server is less likely to be generous with service at the next visit. The pattern is stable and it can be explained fully in Coleman-like terms. Each party has an interest in continuing the practice, and the pattern is reinforced. (David Lewis does a great job of showing how conventions emerge from intentional behavior at the individual level; Convention: A Philosophical Study.)

Anyone who accepts that social entities and forces rest upon microfoundations must agree that something like Coleman's recursive story of self-reinforcing patterns of behavior must be correct. But this does not imply that higher-level social structures do not possess stable causal properties nonetheless. The "house-of-cards" pattern of interdependency between auditor and worker, or between server and client, helps to explain how the stable patterns of the organization are maintained; but it does not render superfluous the idea that the structure itself has causal properties or powers. The microfoundations thesis does not entail reductionism (link). (I offered a similar argument in response to John Levi Martin's parallel arguments in a previous post; link.)
Posted by Dan Little at 12:01 PM