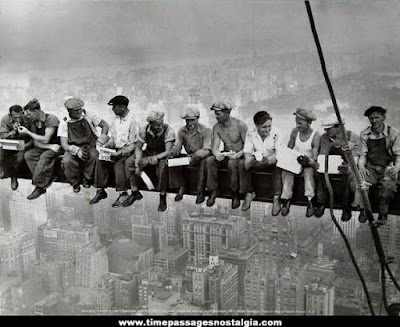 I've been inclined to talk about the social world in terms of levels or layers, with a few provisos -- multiple layers, causation across layers, fuzzy boundaries (link, link). But is this perhaps a misleading ontology? Would we be better served by thinking of the social world as "flat" -- involving processes and relations all at the same level? It sometimes appears that John Levi Martin has such an ontology in mind in Social Structures (link), and Doug Porpora envisions such a possibility in "Four Concepts of Structure" (link). So this is the idea I'd like to explore here.

What would that flat world look like? Here is one effort at formulating a flat social ontology.


The social world exists as the embodiment of sets of individual persons with powers, capacities, and actions and interactions, and who stand in a vast range of concrete social relationships with each other.

Here is a snippet from Porpora's article about structure mentioned above that seems to have this view in mind:


In contrast with the previous conception of social structure, this one is not a version of sociological holism. It does not portray social structure as something that operates over the heads of human actors. Instead, social structure is a nexus of connections among them, causally affecting their actions and in turn causally affected by them. The causal affects of the structure on individuals are manifested in certain structured interests, resources, powers, constraints and predicaments that are built into each position by the web of relationships. These comprise the material circumstances in which people must act and which motivate them to act in certain ways. As they do so, they alter the relationships that bind them in both intended and unintended ways. (200)

What does this description leave out? For starters, it leaves out things we would have said were higher levels of the social reality: families, organizations, social movements, institutions, economies, clubs, and states. And of course these are legitimate social constructs. But are they inherently "higher level"? Or are they compounds and extended aggregates of the lower-level stuff just mentioned -- individuals with powers, actions, and relations?

Playing this idea out, we might consider that a social movement is a partially ordered group of individuals in association with each other. The organizations that call them forward are other groups of individuals, including their deliberative bodies and executives. The repressive organs of the state? -- yet other organized groups of individuals with powers and agency. And in fact the theory of strategic action fields seems to lean in this direction (Fligstein and McAdam, A Theory of Fields; link).

One important consideration that might come forward for rejecting the flat ontology is the idea that there are causal properties at a higher level that don't attach to entities at the base level.

This view corresponds to the idea some sociologists have of emergence. It is sometimes maintained that social structures have properties at the structural level that cannot be reduced to the properties of the components of the structure. These are emergent properties. If this is so, then we will miss important explanations if we decline to recognize the reality of social structures. And yet a social structure is plainly a higher-level social entity than a group of coordinated individuals. Its higher-level standing is a result of this fact: it is composed of objects at level 1; but it has properties that cannot be explained or derived from objects at level 1.

A related reason for rejecting the flat ontology is the idea that structures, institutions, or value systems -- higher level social things -- may have legitimate causal properties that can be adequately discovered through study of these social things without more information about the base level (individuals in relations). This possibility doesn't necessarily imply that these are emergent properties, only that they are relatively autonomous from the base level. Here again, it seems reasonable to call these higher-level social entities -- and therefore the flat ontology isn't quite enough.

Another important consideration is the evident fact that social compounds have compositional structure. A fish is more than a collection of living cells; it has a stable structure and an internal organization that serves the needs of the fish organism. So it is entirely appropriate to refer to fish as well as living cells. And it seems correct to observe that something like this is true of some social entities as well -- government agencies, worship organizations, corporations.

Finally, it is hard to dispute that social things like kinship systems, business firms, and armies have stable and knowable characteristics that can be studied empirically. We shouldn't adopt an ontology that excludes legitimate topics for empirical research.

So it seems that the parsimonious social ontology doesn't work. It forces us to overlook explanatory factors that are important for explaining social outcomes. And it unreasonably asks us to ignore important features of the social world of which we have reasonably good understanding. In fact, the flat ontology is not far removed from the ontology associated with spare versions of methodological individualism.

So how might a bounded conception of higher-level social entities look? A formulation of a minimal multi-layer alternative to the flat ontology might go along these lines:
Here the criterion of higher-level standing in use is --
By analogous reasoning, we might consider whether there are more complex configurations of base and level 1 entities which themselves have properties that are emergent from or autonomous from base and level 1. And so forth iteratively.

Are there level 2 entities by this criterion? For example, might the state be a level-2 entity, in that it encompasses organizations and individuals and and it possesses new causal properties not present at level 1? In principle this seems possible. The state is a complex network of organizations and individuals. And it is logically possible that new causal powers emerge that depend on both base and level 1, but that do not require reduction to those lower-level properties.

So the language of levels of the social appears to be legitimate after all. It gives us a conceptual vocabulary that captures composition and complexity, and it allows us to identify important social causal powers that would not be accessible to us on the flat ontology.

Ukraine is an economic basket case. If we really hated Russia, we should have gladly given full control to that country. The economy is set to shrink by 10% this year.

I've just discovered your very fascinating blog, which speaks to issues that I'm keenly interested in. I'm a sociology professor at Ryerson University in Toronto, by the way. My question is: you seem to equate a flat ontology with no emergence, ontological individualism; but have you considered non-individualist flat ontologies? For instance, if one could explain individuals as the products of social forces (which obviously we cannot at present, so this is purely hypothetical), i.e. explain all level 1 phenomena in terms of level 2 phenomena, this would also be a flat ontology, would it not?

Relating to this, I notice that there is an assumption which seems to inform your posts on this topic (e.g. the post on emergence and micro foundations), that reduction automatically takes priority over holism. That is, you seem to assume that if we can explain things in terms of their microfoundations then there is no need to bother with emergentist or holistic explanation; it's only if we can't that we must invoke these things. This may be a warranted assumption, but it seems like an assumption all the same. Have you considered what happens to our epistemologies if we don't make this assumption?