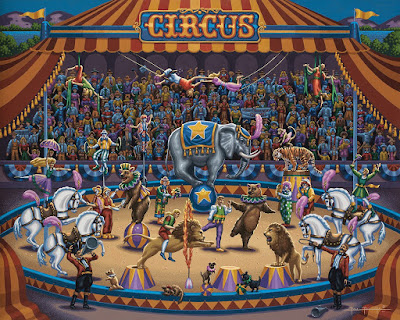 
Today, the main theoretical alternative to organic [Hegelian] totalities is what the philosopher Gilles Deleuze calls assemblages, wholes characterized by relations of exteriority. These relations imply, first of all, that a component part of an assemblage may be detached from it and plugged into a different assemblage in which its interactions are different. In other words, the exteriority of relations implies a certain autonomy for the terms they relate, or as Deleuze puts it, it implies that 'a relation may change without the terms changing'. Relations of exteriority also imply that the properties of the component parts can never explain the relations which constitute a whole, that is, 'relations do not have as their causes established ...' although they may be caused by the exercise of a component's capacities. In fact, the reason why the properties of a whole cannot be reduced to those of its parts is that they are the result not of any aggregation of the components' own properties but of the actual exercise of their capacities. These capacities do depend on a component's properties but cannot be reduced to them since they involve reference to the properties of other interacting entities. Relations of exteriority guarantee that assemblages may be taken apart while at the same time allowing that the interactions between parts may result in a true synthesis. (10-11)

In addition to the exteriority of relations, the concept of assemblage is defined along two dimensions. One dimension or axis defines the variable roles which an assemblage's components may play, from a purely material role at one extreme of the axis, to a purely expressive role at the other extreme.... The other dimension defines variable processes in which these components become involved and that either stabilize the identity of an assemblage, by increasing its degree of internal homogeneity or the degree of sharpness of its boundaries, or destabilize it. (12)

In an illuminating discussion of some of Fernand Braudel's comments about medieval villages, DeLanda writes:


This brief description yields a very clear picture of a series of differently scaled assemblages, some of which are component parts of others which, in turn, become parts of even larger ones. (18)

What does this mean in practical terms? As a first approximation, the core idea of assemblage is that social things (cities, structures, ideologies) are composed of an overlapping and contingent collection of a heterogeneous set of social activities and practices. The relations among these activities and practices are contingent, and the properties of the composite thing -- the assemblage -- are likewise a contingent and "emergent" sum of the properties of the component threads. The composite has no "essence" -- just a contingent and changeable set of properties. Here is the thumbnail description I provided in the earlier post:


Fundamentally the idea is that there does not exist a fixed and stable ontology for the social world that proceeds from "atoms" to "molecules" to "materials". Rather, social formations are assemblages of other complex configurations, and they in turn play roles in other, more extended configurations. (link)

Here I want to ask a very simple preliminary question: What is the intellectual role of assemblage theory for sociology and for the philosophy of social science? Is assemblage theory a substantive social theory? Is it a guide to research and methodology? Or is it an ontology?

I think we do best to understand assemblage theory as a high-level and abstract ontological framework, an abstract description of the nature of the social world. It highlights the pervasive fact of  the heterogeneous nature of phenomena in the social world. But it does not provide a substantive theory of what those component threads are; this is for concrete sociological theory to work out. Unlike rational choice theory, Marxist theory, or pragmatist action theory -- each of which rests upon a substantive core set of ideas about the fundamentals of social action and structure -- assemblage theory is neutral with respect to these topics.

So assemblage theory is not a guide to the constituents of the social world; it is not similar to atomic theory or the Mendeleev table of the elements. However, I believe the theory is indeed methodologically helpful. Exploring assemblage theory is a potentially valuable activity for social scientists and philosophers. This is because the theory encourages us to study component systems and underlying social processes rather than looking for unified theories of large unified social objects. In this way it gives value and direction to multi-theoretical, inter-disciplinary approaches.

Moreover, this approach encourages social scientists to arrive at partial explanations of social features by discerning the dynamics of some of the components. These accounts are necessarily incomplete, because they ignore many other constituents of the assembled whole. And yet they are potentially explanatory, when the dynamics being studied have the ability to generate trans-assemblage characteristics (continuity, crisis). (This seems to have some resonance with Roy Bhaskar's idea that the social world is an "open" system of causation; A Realist Theory of Science.)

So assemblage theory is not a substantive social theory. It doesn't prescribe any specific ideas about the components, layers, laminations, or threads out of which social phenomena are composed. Instead, it offers a vision of how we should think of all such constructions in the social world. We should be skeptical about the appearance of unity and coherence in an extended social entity (e.g. the Justice Department or the Muslim world), and look instead to discover some of the heterogeneous and independent processes that underlie the surface appearance. And it gives ontological support for some of the theoretical inclinations of comparative historical sociology (Tilly, Steinmetz, Mann): look for the diversity of social arrangements and the context-dependent conjunctural causes that underlie complex historical events.

Here is a lecture by DeLanda on assemblage theory.

(I chose the illustration of a circus at the top because a circus illustrates some of the layered compositionality that assemblage theory postulates: multiple agents playing multiple roles; transportation activities and business procedures; marketing ploys and aesthetic creativity; and many things happening in the three rings at the same time.)
Posted by Dan Little at 5:17 PM