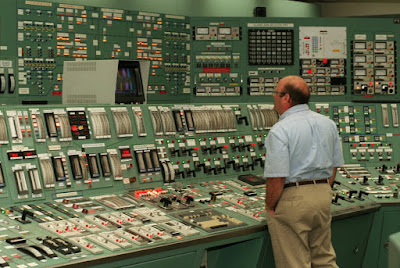 An ongoing thread of posts here is concerned with organizational causes of large technology failures. The driving idea is that failures, accidents, and disasters usually have a dimension of organizational causation behind them. The corporation, research office, shop floor, supervisory system, intra-organizational information flow, and other social elements often play a key role in the occurrence of a gas plant fire, a nuclear power plant malfunction, or a military disaster. There is a tendency to look first and foremost for one or more individuals who made a mistake in order to explain the occurrence of an accident or technology failure; but researchers such as Perrow, Vaughan, Tierney, and Hopkins have demonstrated in detail the importance of broadening the lens to seek out the social and organizational background of an accident.

It seems important to distinguish between system flaws and organizational dysfunction in considering all of the kinds of accidents mentioned here. We might specify system safety along these lines. Any complex process has the potential for malfunction. Good system design means creating a flow of events and processes that make accidents inherently less likely. Part of the task of the designer and engineer is to identify chief sources of harm inherent in the process -- release of energy, contamination of food or drugs, unplanned fission in a nuclear plant -- and design fail-safe processes so that these events are as unlikely as possible. Further, given the complexity of contemporary technology systems it is critical to attempt to anticipate unintended interactions among subsystems -- each of which is functioning correctly but that lead to disaster in unusual but possible interaction scenarios.

In a nuclear processing plant, for example, there is the hazard of radioactive materials being brought into proximity with each other in a way that creates unintended critical mass. Jim Mahaffey's Atomic Accidents: A History of Nuclear Meltdowns and Disasters: From the Ozark Mountains to Fukushima offers numerous examples of such unintended events, from the careless handling of plutonium scrap in a machining process to the transfer of a fissionable liquid from a vessel of one shape to another. We might try to handle these risks as an organizational problem: more and better training for operatives about the importance of handling nuclear materials according to established protocols, and effective supervision and oversight to ensure that the protocols are observed on a regular basis. But it is also possible to design the material processes within a nuclear plant in a way that makes unintended criticality virtually impossible -- for example, by storing radioactive solutions in containers that simply cannot be brought into close proximity with each other.

Nancy Leveson is a national expert on defining and applying principles of system safety. Her book Engineering a Safer World: Systems Thinking Applied to Safety is a thorough treatment of her thinking about this subject. She offers a handful of compelling reasons for believing that safety is a system-level characteristic that requires a systems approach: the fast pace of technological change, reduced ability to learn from experience, the changing nature of accidents, new types of hazards, increasing complexity and coupling, decreasing tolerance for single accidents, difficulty in selecting priorities and making tradeoffs , more complex relationships between humans and automation, and changing regulatory and public view of safety (kl 130 ff.). Particularly important in this list is the comment about complexity and coupling: "The operation of some systems is so complex that it defies the understanding of all but a few experts, and sometimes even they have incomplete information about the system's potential behavior" (kl 137).

Given the fact that safety and accidents are products of whole systems, she is critical of the accident methodology generally applied to serious industrial, aerospace, and chemical accidents. This methodology involves tracing the series of events that led to the outcome, and identifying one or more events as the critical cause of the accident. However, she writes:

In general, event-based models are poor at representing systemic accident factors such as structural deficiencies in the organization, management decision making, and flaws in the safety culture of the or industry. An accident model should encourage a broad view of accident mechanisms that expands the investigation beyond the proximate evens.A narrow focus on technological components and pure engineering activities or a similar narrow focus on operator errors may lead to ignoring some of the most important factors in terms of preventing future accidents. (kl 452)

Here is a definition of system safety offered later in ESW in her discussion of the emergence of the concept within the defense and aerospace fields in the 1960s:

System Safety ... is a subdiscipline of system engineering. It was created at the same time and for the same reasons. The defense community tried using the standard safety engineering techniques on their complex new systems, but the limitations became clear when interface and component interaction problems went unnoticed until it was too late, resulting in many losses and near misses. When these early aerospace accidents were investigated, the causes of a large percentage of them were traced to deficiencies in design, operations, and management. Clearly, big changes were needed. System engineering along with its subdiscipline, System Safety, were developed to tackle these problems. (kl 1007)

Here Leveson mixes system design and organizational dysfunctions as system-level causes of accidents. But much of her work in this book and her earlier Safeware: System Safety and Computers gives extensive attention to the design faults and component interactions that lead to accidents -- what we might call system safety in the narrow or technical sense.

A systems engineering approach to safety starts with the basic assumption that some properties of systems, in this case safety, can only be treated adequately in the context of the social and technical system as a whole. A basic assumption of systems engineering is that optimization of individual components or subsystems will not in general lead to a system optimum; in fact, improvement of a particular subsystem may actually worsen the overall system performance because of complex, nonlinear interactions among the components. (kl 1007)

Overall, then, it seems clear that Leveson believes that both organizational features and technical system characteristics are part of the systems that created the possibility for accidents like Bhopal, Fukushima, and Three Mile Island. Her own accident model designed to help identify causes of accidents, STAMP (Systems-Theoretic Accident Model and Processes) emphasizes both kinds of system properties.

Using this new causality model ... changes the emphasis in system safety from preventing failures to enforcing behavioral safety constraints. Component failure accidents are still included, but or conception of causality is extended to include component interaction accidents. Safety is reformulated as a control problem rather than a reliability problem. (kl 1062)

In this framework, understanding why an accident occurred requires determining why the control was ineffective. Preventing future accidents requires shifting from a focus on preventing failures to the broader goal of designing and implementing controls that will enforce the necessary constraints. (kl 1084)

Leveson's brief analysis of the Bhopal disaster in 1984 (kl 384 ff.) emphasizes the organizational dysfunctions that led to the accident -- and that were completely ignored by the Indian state's accident investigation of the accident: out-of-service gauges, alarm deficiencies, inadequate response to prior safety audits, shortage of oxygen masks, failure to inform the police or surrounding community of the accident, and an environment of cost cutting that impaired maintenance and staffing. "When all the factors, including indirect and systemic ones, are considered, it becomes clear that the maintenance worker was, in fact, only a minor and somewhat irrelevant player in the loss. Instead, degradation in the safety margin occurred over time and without any particular single decision to do so but simply as a series of decisions that moved the plant slowly toward a situation where any slight error would lead to a major accident" (kl 447).
Posted by Dan Little at 12:14 PM

Your impressive and unique content amazed me. You have written perfect piece. Thanks for sharing this with all of us.
Society