Is the Xerox Corporation supervenient? 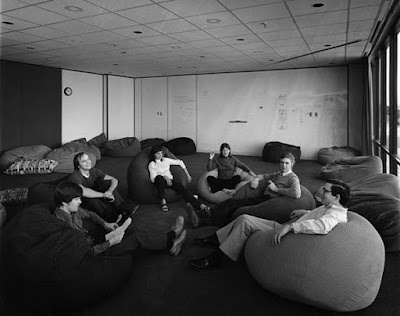 Can the same be said of a business firm like Xerox when we consider its constituents to be its employees, stakeholders, and other influential actors and their relations and actions? (Call that total field of factors S.) Or is it possible that exactly these actors at exactly the same time could have manifested a corporation with different characteristics?

Let's say the organizational properties we are interested in include internal organizational structure, innovativeness, market adaptability, and level of internal trust among employees. And S consists of the specific individuals and their properties and relations that make up the corporation at a given time. Could this same S have manifested with different properties for Xerox?

One thing is clear. If a highly similar group of individuals had been involved in the creation and development of Xerox, it is entirely possible that the organization would have been substantially different today. We could expect that contingent events and a high level of path dependency would have led to substantial differences in organization, functioning, and internal structure. So the company does not supervene upon a generic group of actors defined in terms of a certain set of beliefs, goals, and modes of decision making over the history of its founding and development. I have sometimes thought this path dependency itself if enough to refute supervenience.

But the claim of supervenience is not a temporal or diachronic claim, but instead a synchronic claim: the current features of structure, causal powers, functioning, etc., of the higher-level entity today are thought to be entirely fixed by the supervenience base (in this case, the particular individuals and their relations and actions). Putting the idea in terms of possible-world theory, there is no possible world in which exactly similar individuals in exactly similar states of relationship and action would underlie a business firm Xerox* which had properties different from the current Xerox firm.

One way in which this counterfactual might be true is if a property P of the corporation depended on the states of the agents plus something else -- say, the conductivity of copper in its pure state. In the real world W copper is highly conductive, while in W* copper is not-conductive. And in W*, let's suppose, Xerox has property P* rather than P. On this scenario Xerox does not supervene upon the states of the actors, since these states are identical in W and W*. This is because dependence on the conductivity of copper make a difference not reflected in a difference in the states of the actors.

But this is a pretty hypothetical case. We would only be justified in thinking Xerox does not supervene on S if we had a credible candidate for another property that would make a difference, and I'm hard pressed to do so.

The upshot seems to be this: there is no way of resolving the question at the level of pure philosophy. The best we can do is to do concrete empirical work on the actual causal and organizational processes through which the properties of the whole are constituted through the actions and thoughts of the individuals who make it up.

But here is a deeper concern. What makes supervenience minimally plausible in the case of social entities is the insistence on synchronic dependence. But generally speaking, we are always interested in the diachronic behavior and evolution of a social entity. And here the idea of path dependence is more credible than the idea of moment-to-moment dependency on the "supervenience base". We might say that the property of "innovativeness" displayed by the Xerox Corporation at some periods in its history supervenes moment-to-moment on the actions and thoughts of its constituent individuals; but we might also say that this fact does not explain the higher-level property of innovativeness. Instead, some set of events in the past set the corporation on a path that favored innovation; this corporate culture or climate influenced the selection and behavior of the individuals who make it up; and the day-to-day behavior reflects both the path-dependent history of its higher-level properties and the current configuration of its parts.

(Thanks, Raphael van Riel, for your warm welcome to the Institute of Philosophy at the University of Duisburg-Essen during my visit, and for the many stimulating conversations we had on the topics of supervenience, generativity, and functionalism.)

Augustus Caesar in his Res Gestae states that in the period between the founding of Rome (canonical date, 753) and his accession to power (31), the Gates of War were closed only twice. Rome and its allies were fighting a war or wars somewhere almost every year for seven centuries. Any list of vanquished foes during that time is simply mind-boggling. The unchecked spread of Roman power and control from a spot on the Tiber River to the empire's full extent is mind-boggling.

Was the "worldwide" empire established and maintained by the ancient Romans supervenient? An explanation that points to the properties and relations of individual Romans, together with non-Romans who were nonetheless agents within and dependent upon that empire, strains credulity. I mean that speaking loosely, not as a philosopher of anything, an average person might express scepticism that a tiny eight-century settlement on the Palatine Hill could eventually become the sprawling Roman Empire via anything other than, well, supernatural intervention. Which, of course, was the go-to explanation for the Romans themselves. Rome's glory and power were ordained by cosmic fate and consistent with the will of the gods.

What I take from your post, to the extent that I understand your argument (again, not a philosopher or a social scientist), is a way of understanding that when the poet Virgil took up a question implicit in your analysis, he answered it by saying, in essence, "Yes, there is a kind of supervenience at work here. Rome supervenes upon the character and behavior of individuals and the groups to which these individuals belong. And inasmuch as this is so, because Rome will be Rome come hell or high water, there must be a process or system by which individual deviation from the necessary character and behavior are corrected." Accordingly, what we read in Virgil's epic poem is a description of what the original (proto-)Roman undergoes to be brought by degrees into that necessary and proper condition. What he undergoes is dark, it's ugly, it's heartbreaking. So: sad but necessary, or an outrage against our very humanity? Every reader decides for him- or herself, and that's what makes it art, I suppose.

Thanks for your posts. Glad to have stumbled onto your blog.

Good grief, I think I would like to understand this essay and I am capable of doing so but the writing strikes me as absurd. I will try the essay when I have the time and inclination to translate this to, well, English, but this sort of writing of needless beyond trying to impress journal reviewers.

I do not mean to be at all rude, but I really am an adept, schooled reader and this is written so as not to be read but more than say 5 people.

Well, I tried, this with a Harvard doctorate... I am lost and disappointed, and annoyed because the writer should have an obligation to be readily comprehensible.

I read this post carefully a couple of times without gaining any sense of what it is about. Could you write an abstract that might help me understand the post?

You mentioned Silicon and it brought to mind the changes that can be had by small changes in dopants added to it. Same might be said of organizations where the addition of just one individual can change the direction of the organization. From the outside the organization looks the same as before but is on a very different path. Xerox had the inventor of the internet at PARK but other individuals up the chain could not capitalize on his work. Maybe all is really random.