A plan for philosophy of social science circa 1976 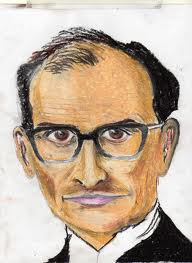 My Ph.D. dissertation in philosophy was written between 1974 and 1977 and was accepted in 1977. The topic was Marx's theory of science as embodied in Capital, and it was one of the early attempts to join an analytical philosophical perspective with careful study of Marx's ideas. The title of the dissertation was Marx's Capital: A Study in the Philosophy of Social Science. The dissertation proposed a different way of attempting to understand Marx, and it also proposed a different approach to developing the philosophy of social science -- an approach that gives greater attention to the details and history of social-science research. This part of the introduction to the dissertation describes the view I then had of the purposes and current deficiencies of the philosophy of science.

Here is an interview published in 2008 in 5 Questions: Philosophy of the Social Sciences, edited by Diego Rios and Christoph Schmidt-Petri, that gives an indication of how this program has developed in my research and writing (link).

The image of Imre Lakatos is used above because his work from the early 1970s was part of the inspiration for the more contextualized and historical view of the philosophy of social science described in this introduction. I found Lakatos much more stimulating than Kuhn in the early 1970s.

The philosophy of social science

This diagnosis of the weakness of philosophy of social science indicates that the philosophy of natural science bears a large responsibility for that weakness; happily, however, it is now able to provide the beginnings of a method of philosophical inquiry which can begin to undo that damage. For in the past two decades the philosophy of natural science has witnessed an important transformation in its method of inquiry. It has been transformed from an attempt to provide high-level abstractions concerning the basic concepts of explanation, confirmation, empirical significance, theory choice, and the like, to an attempt to provide a more detailed theory of scientific practice through detailed studies of particular examples of scientific inquiry. Historians of science have argued that the philosophy of science will benefit from greater attention to particular scientific theories and programmes of research, and increasingly philosophers have accepted this judgment. And this shift of attention has already begun to pay off in the form of theories of science which correspond more closely to the actual nature of science, and which thereby come closer to explaining science as a form of human knowledge.

On this account the theory of science stands at the greatest degree of abstraction: it attempts to make assertions which are true of all or most sciences. At the opposite end of the spectrum stands the particular scientific hypothesis or system: Darwinian evolutionary theory, Newtonian mechanics, Piaget’s psychological theory, and so forth. Each such theory is an attempt to apply empirical rationality to the problem of explaining some complex domain of phenomena; and each advances a theory to the scientific community for some form of evaluation or acceptance. The crucial point to note, however, is that each such theory is an extended and complex argument, in which the principles of inference are almost always left unstated. The scientist engages in a complex form of empirical reasoning, but he does not codify that process of reasoning. For each such example of an empirical hypothesis and explanation, therefore, it is possible to attempt to unravel the implicit standards of empirical rationality, or the implicit conceptions of scientific explanation, inference, evidence, and so forth. This process is in large part the domain of the history of science; however, its results are of plain importance to the general theory of science described above. For if we suppose that any scientific theory rests upon a complex and unstated "grammar" of scientific inference and argument, we may sensibly ask whether there are any regularities among those implicit. theories of science. These particular theories of science embody the set of standards of empirical rationality which guide and regulate the particular scientist, and they constitute part of the raw material for the analytical theory of science. They are what the analytical theory of science is a theory of.

Using this basic taxonomy of the philosophy of science, it is possible to restate the innovation in the practice of the philosophy of science which was described above as having occurred of late: historically minded philosophers of science have argued that we ought to make more explicit the relationship between the two levels of theories of science, and ought to pay more attention to the concrete theories of science implicit in particular scientific systems when formulating and criticizing the analytical theory of science. We ought, that is, to formulate an analytical theory of science which is more sensitive to the particular details of the actual practice of scientific explanation and justification, rather than relying on a priori and unsystematic arguments about science in general.