The 737 MAX disaster as an organizational failure 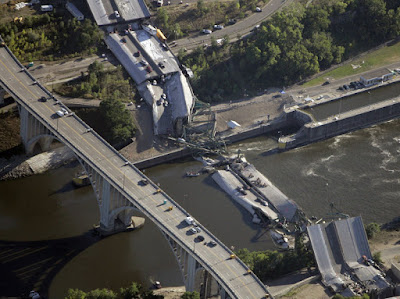 The topic of the organizational causes of technology failure comes up frequently in Understanding Society. The tragic crashes of two Boeing 737 MAX aircraft in the past year present an important case to study. Is this an instance of pilot error (as has occasionally been suggested)? Is it a case of engineering and design failures? Or are there important corporate and regulatory failures that created the environment in which the accidents occurred, as the public record seems to suggest?

The formal accident investigations are not yet complete, and the FAA and other air safety agencies around the world have not yet approved the aircraft for flight following the suspension of certification following the second crash. There will certainly be a detailed and expert case study of this case at some point in the future, and I will be eager to read the resulting book. In the meantime, though, it is  useful to bring the perspectives of Charles Perrow, Diane Vaughan, and Andrew Hopkins to bear on what we can learn about this case from the public media sources that are available. The preliminary sketch of a case study offered below is a first effort and is intended simply to help us learn more about the social and organizational processes that govern the complex technologies upon which we depend. Many of the dysfunctions identified in the safety literature appear to have had a role in this disaster.

I have made every effort to offer an accurate summary based on publicly available sources, but readers should bear in mind that it is a preliminary effort.

The key conclusions I've been led to include these:

The updated flight control system of the aircraft (MCAS) created the conditions for crashes in rare flight conditions and instrument failures.
There were fairly clear signs of organizational dysfunction in the development and design process for the aircraft:
Cost-containment and speed trumped safety. It is hard to avoid the conclusion that the corporation put cost-cutting and speed ahead of the professional advice and judgment of the engineers. Management pushed the design and certification process aggressively, leading to implementation of a control system that could fail in foreseeable flight conditions.


The regulatory system seems to have been at fault as well, with the FAA taking a deferential attitude towards the company's assertions of expertise throughout the certification process. The regulatory process was "outsourced" to a company that already has inordinate political clout in Congress and the agencies.

Here is a video presentation of the case as I currently understand it (link). 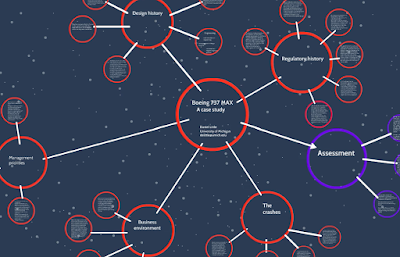 See also this earlier discussion of regulatory failure in the 737 MAX case (link). Here are several experts on the topic of organizational failure whose work is especially relevant to the current case:

Thank you for this piece. it highlights the flaws that the organization had when implementing a new system.