Regulatory failure and the 737 MAX disasters 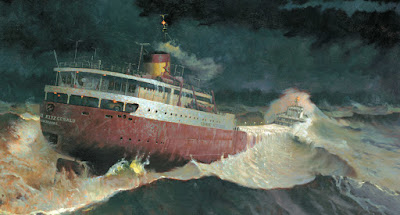 The recent crashes of two Boeing 737 MAX aircraft raise questions about the safety certification process through which this modified airframe was certified for use by the FAA. Recent accounts of the design and manufacture of the aircraft demonstrate an enormous pressure for speed and great pressure to reduce costs. Attention has focused on a software system, MCAS, which was a feature needed to adapt to the aerodynamics created by repositioning of larger engines on the existing 737 body. The software was designed to automatically intervene to prevent stall if a single sensor in the nose indicated unacceptable angle of ascent. The crash investigations are not complete, but current suspicions are that the pilots in the two aircraft were unable to control or disable the nose-down response of the system in the roughly 40 seconds they had to recover control of the aircraft. (James Fallows provides a good and accessible account of the details of the development of the 737 MAX in a story in the Atlantic; link.)

The question here concerns the regulatory background of the aircraft: was the certification process through which the 737 MAX was certified to fly a sufficiently rigorous and independent one?

Thomas Kaplan details in a New York Times article the division of responsibility that has been created in the certification process over the past several decades between the FAA and the manufacturer (NYT 3/27/19). Under this program, the FAA delegates a substantial part of the work of certification evaluation to the manufacturer and its engineering staff. Kaplan writes:


In theory, delegating much of the day-to-day regulatory work to Boeing allows the FAA to focus its limited resources on the most critical safety work, taps into existing industry technical expertise at a time when airliners are becoming increasingly complex, and allows Boeing in particular to bring out new planes faster at a time of intense global competition with its European rival Airbus.

However, it is apparent to both outsiders and insiders that this creates the possibility of impairing the certification process by placing crucial parts of the evaluation in the hands of experts whose interests and careers lie in the hands of the corporation whose product they are evaluating. This is an inherent conflict of interest for the employee, and it is potentially a critical flaw in the process from the point of view of safety. (See an earlier post on the need for an independent and empowered safety officer within complex and risky processes; link.)

Senator Richard Blumenthal (Connecticut) highlighted this concern when he wrote to the inspector general last week: "The staff responsible for regulating aircraft safety are answerable to the manufacturers who profit from cutting corners, not the American people who may be put at risk."

A 2011 audit report from the Transportation Department's inspector general's office highlighted exactly this kind of issue: "The report cited an instance where FAA engineers were concerned about the 'integrity' of an employee acting on the agency's behalf at an unnamed manufacturer because the employee was 'advocating a position that directly opposed FAA rules on an aircraft fuel system in favor of the manufacturer'." The article makes the point that Congress has encouraged this program of delegation in order to constrain budget requirements for the federal agency.

Kaplan notes that there is also a worrisome degree of exchange of executive staff between the FAA and the airline industry, raising the possibility that the industry's priorities about cost and efficiency may unduly influence the regulatory agency:


The part of the FAA under scrutiny, the Transport Airplane Directorate, was led at the time by an aerospace engineer names Ali Bahrami. The next year, he took a job at the Aerospace Industries Association, a trade group whose members include Boeing. In that position, he urged his former agency to allow manufacturers like Boeing to perform as much of the work of certifying new planes as possible. Mr. Bahrami is now back at the FAA as its top safety official.

This episode illustrates one of the key dysfunctions of organizations that have been highlighted elsewhere here: the workings of conflict of commitment and interest within an organization, and the ability that the executives of an organization have to impose behavior and judgment on their employees that are at odds with the responsibilities these individuals have to other important social goods, including airline safety. The episode has a lot in common with the sequence of events leading to the launch of Space Shuttle Challenger (Vaughan, The Challenger Launch Decision: Risky Technology, Culture, and Deviance at NASA).

Charles Perrow has studied system failure extensively since publication of his important book, Normal Accidents: Living with High-Risk Technologies and extending through his 2011 book The Next Catastrophe: Reducing Our Vulnerabilities to Natural, Industrial, and Terrorist Disasters. In a 2015 article, "Cracks in the 'regulatory state'" (link), he summarizes some of his concerns about the effectiveness of the regulatory enterprise. The abstract of the article shows its relevance to the current case:


Over the last 30 years, the U.S. state has retreated from its regulatory responsibility over private-sector economic activities. Over the same period, a celebratory literature, mostly in political science, has developed, characterizing the current period as the rise of the regulatory state or regulatory capitalism. The notion of regulation in this literature, however, is a perverse one—one in which regulators mostly advise rather than direct, and industry and firm self- regulation is the norm. As a result, new and potentially dangerous technologies such as fracking or mortgage backed derivatives are left unregulated, and older necessary regulations such as prohibitions are weakened. This article provides a joint criticism of the celebratory literature and the deregulation reality, and strongly advocates for a new sociology of regulation that both recognizes and documents these failures. (203)

The 2015 article highlights some of the precise sources of failure that seem to be evident in the 737 MAX case. "Government assumes a coordinating rather than a directive role, in this account, as regulators draw upon industry best practices, its standard-setting proclamations, and encourage self-monitoring" (203). This is precisely what current reporting demonstrates about the FAA relationship to the manufacturers.

One of the key flaws of self-monitoring is the lack of truly independent inspectors:


Part of the problem stems from the failure of firms to select truly independent inspectors. Firms can, in fact, select their own inspectors—for example, firemen or police from the local areas who are quite conscious of the economic power of the local chemical firm they are to inspect. (205)

Here again, the Boeing 737 MAX certification story seems to illustrate this defect as well.
How serious are these "cracked regulatory institutions"? According to Perrow they are deadly serious. Here is Perrow's summary assessment about the relationship between regulatory failure and catastrophe:


Almost every major industrial accident in recent times has involved either regulatory failure or the deregulation demanded by business and industry. For more examples, see Perrow (2011). It is hard to make the case that the industries involved have failed to innovate because of federal regulation; in particular, I know of no innovations in the safety area that were stifled by regulation. Instead, we have a deregulated state and deregulated capitalism, and rising environmental problems accompanied by growing income and wealth inequality. (210)

In short, we seem to be at the beginning of an important reveal of the cost of neoliberal efforts to minimize regulation and to pass the responsibility for safety significantly to the manufacturer.