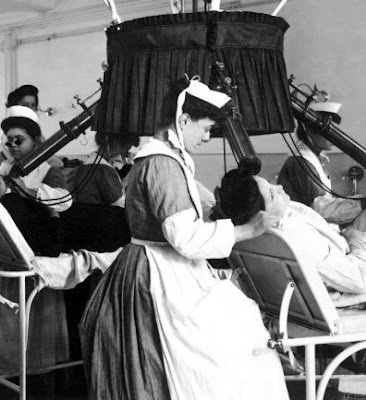 The possibility or likelihood of conflict of interest is present in virtually all professions and occupations. We expect a researcher, a physician, or a legislator to perform her work according to the highest values and norms of their work (searching for objective knowledge, providing the best care possible for the patient, drafting and supporting legislation in order to enhance the public good). But there is always the possibility that the individual may have private financial interests that distort or bias the work she does, and there may be large companies that have a financial interest in one set of actions rather than another.

Marc Rodwin's Conflicts of Interest and the Future of Medicine: The United States, France, and Japan is a rigorous and fair treatment of this issue with respect to conflicts of interest in the field of medicine. Rodwin has published extensively on this topic, and the current book is an important exploration of how professional ethics, individual interest, and business and professional institutions intersect to influence practitioner behavior in this field. The institutional actors in this story include the pharmaceutical companies and medical device manufacturers, insurers, hospitals and physician partnerships, and legislators and regulators. Rodwin shows in detail how differences in insurance policies, physician reimbursement policies, and gifts and benefits from health-related businesses to physicians contribute to an institutional environment where the physician's choices are all too easily influenced by considerations other than the best health outcomes of the patient. Rodwin finds that the institutional setting for health economics is different in the US, France, and Japan, and that these differences lead to differences in physician behavior.

Here is Rodwin's clear statement of the material situation that creates the possibility or likelihood of conflicts of interest in medicine.


Physicians earn their living through their medical work and so may practice in ways that enhance their income rather than the interests of patients. Moreover, when physicians prescribe drugs, devices, and treatments and choose who supplies these or refer patients to other providers, they affect the fortunes of third parties. As a result, providers, suppliers, and insurers try to influence physicians' clinical decisions for their own benefit. Thus, at the core of doctoring lies tension between self-interest and faithful service to patients and the public. The prevailing powerful medical ethos does influence physicians. Still, there is conflict between professional ethics and financial incentives. (kl 251)

Jerome Kassirer is a former editor-in-chief of the New England Journal of Medicine, and an expert observer of the field, and he provided a foreword to the book. Kassirer describes the current situation in the medical economy in these terms, drawing on his own synthesis of recent research and journalism:


Professionalism had been steadily eroded by complex financial ties between practicing physicians and academic physicians on the one hand and the pharmaceutical, medical device, and biotechnology industries on the other. These financial ties were deep and wide: they threatened to bias the clinical research on which physicians relied to care for the sick, and they permeated nearly every aspect of medical care. Physicians were accepting gifts, taking free trips, serving on companies' speakers' bureaus, signing their names to articles written for them by industry-paid ghostwriters, and engaging in research that endangered patient care. (kl 73)

The fundamental problem posed by Rodwin's book is this set of questions:

The book sheds light on dozens of institutional arrangements that create the likelihood of conflicted choices, or that reduce that likelihood. One of those arrangements is the question for a non-profit hospital of whether the physicians are employed with a fixed salary or work on a fee-for-service basis. The latter system gives the physician a very different set of financial interests, including the possibility of making clinical choices that increase revenues to the physician or his or her group practice.


Consider physicians employed as public servants in public hospitals. Typically, they receive a fixed salary set by rank, enjoy tenure, and have clinical discretion. As a result, they lack financial incentives that bias their choices and have clinical freedom. Such arrangements preclude employment conflicts of interest. But relax some of these conditions and employers can compromise medical practice.... Furthermore, emplloyers can manage physicians to promote the organization's goals. As a result, employed physicians might practice in ways that promote their employer's over their patients' interests. (kl 445)

And the disadvantages for the patient of the self-employed physician are also important:


Payment can encourage physicians to supply more, less, or different kinds of services, or to refer to particular providers. Each form of payment has some bias, but some compromise clinical decisions more than others do. (kl 445)

Plainly, the circumstances and economic institutions described here are relevant to many other occupations as well. Scientists, policymakers, regulators, professors, and accountants all face similar circumstances -- though the financial stakes in medicine are particularly high. (Here is an earlier post on corporate efforts to influence scientific research; link.)

This feature of the book allows it to contribute to the kinds of arguments on the causal and historical importance of specific configurations of institutions offered by Kathleen Thelen (link) and Frank Dobbin (link).