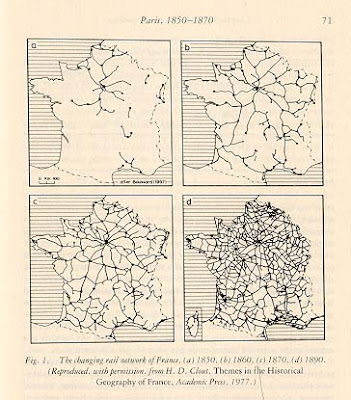 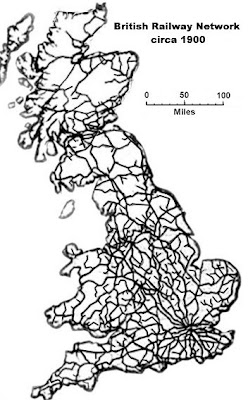 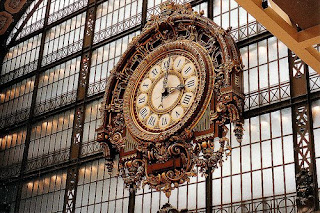 Here's a relatively limited historical puzzle to solve. A powerful new technology -- the railroad -- was developed in the first part of the nineteenth century. The nature and characteristics of the technology were essentially homogeneous across the national settings in which it appeared in Europe and North America. However, it was introduced and built out in three countries -- the United States, Britain, and France -- in markedly different ways. The ways in which the railroads and their technologies were regulated and encouraged were very different in the three countries, and the eventual rail networks had very different properties in the three countries. The question for explanation is this: can we explain the differences in these three national experiences on the basis of some small set of structural or cultural differences that existed among the three countries and that causally explain the resulting differences in build-out, structure, and technical frameworks? Or, possibly, are the three historical experiences different simply because of the occurrence of a large but cumulative number of unimportant and non-systemic events?
These are the questions that historical sociologist Frank Dobbin poses in his book, Forging Industrial Policy: The United States, Britain, and France in the Railway Age

. He argues that there were significantly different cultures of political and industrial policy in the three countries that led to substantial differences in the ways in which government and business interacted in the development of the railroads. "Each Western nation-state developed a distinct strategy for governing industry" (1). The laissez-faire culture of the United States permitted a few large railroad magnates and corporations to make the crucial decisions about technology, standards, and routes that would govern the development of the rail system. The regulated market culture of Great Britain favored smaller companies and strove to prevent the emergence of a small number of oligopolistic rail companies. And the technocratic civil-service culture of France gave a great deal of power to the engineers and civil servants who were charged to make decisions about technology choice, routes, and standards.

These differences led to systemic differences in the historical implementation of the railroads, the rail networks that were developed, and the regulatory regimes that surrounded them. The U.S. rail network developed as the result of competition among a small number of rail magnates for the most profitable routes. This turned out to favor a few east-west trunk lines connecting urban centers, including New York, Boston, Chicago, and San Francisco. The British rail network gave more influence to municipalities who demanded service; as a result, the network that developed was a more distributed one across a larger number of cities. And the French rail network was rationally designed to conform to the economic and military needs of the French state, with a system of rail routes that largely centered on Paris. These differences are evident in the maps at the top of the posting.

This example illustrates the insights that can be distilled from comparative historical sociology. Dobbin takes a single technology and documents a range of outcomes in the way in which the technology is built out into a national system. And he attempts to isolate the differences in structures and cultures in the three settings that would account for the differences in outcomes. He offers a causal analysis of the development of the technology in the three settings, demonstrating how the mechanism of policy culture imposes effects on the development of the technology. The inherent possibilities represented by the technology intersect with the economic circumstances and the policy cultures of the three national settings, and the result is a set of differentiated organizations and outcomes in the three countries. The analysis is rich in its documentation of the social mechanisms through which policy culture influenced technology development; the logic of his analysis is more akin to process tracing than to the methods of difference and similarity in Mill's methods.

The research establishes several important things. First, it refutes any sort of technological determinism, according to which the technical characteristics of the technology determine the way it will be implemented. To the contrary, Dobbin's work demonstrates the very great degree of contingency that existed in the social implementation of the railroad. Second, it makes a strong case for the idea that an element of culture -- the framework of assumptions, precedents, and institutions defining the "policy culture" of a country -- can have a very strong effect on the development of large social institutions. Dobbin emphasizes the role that things like traditions, customs, and legacies play in the unfolding of important historical developments. And finally, the work makes it clear that these highly contingent pathways of development nonetheless admit of explanation. We can identify the mechanisms and local circumstances that led, in one instance, to a large number of firms and hubs and in the other, a small number of firms and trunk lines.

I don't have the time to read the book right now but I'm curious how the author handles the differences in network size and geography and basically eliminates those as factors to conclude that his factors are more important. Any insights?