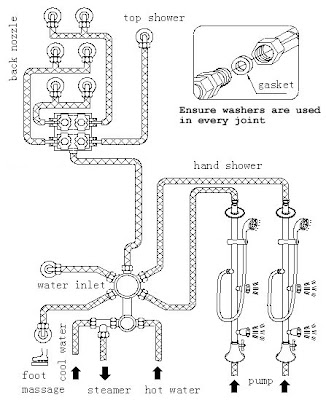 As for the last question, there seem to be two separate reasons for this gap in the spectrum -- a dearth of difficult conceptual problems and a lack of potentially useful consequences. First, philosophy finds traction when it deals with subject matter that raises difficult conceptual or inferential issues. Philosophers are particularly good at untangling unclear concepts; they are experienced at the task of formulating problems clearly and logically; they are ready to unmask the hidden presuppositions underlying a particular formulation. This is the kind of work Wittgenstein describes as "letting the fly out of the fly bottle"; it is what J. L. Austin does so well in "Three ways of spilling ink" (link). Drawing distinctions and formulating ideas clearly -- these are core intellectual tools, and they lie at the root of philosophy.

Another core intellectual tool is the commitment to providing justification for the things we believe, and raising reflective questions about the nature of rational justification. What is the evidence that supports a given belief? What degree of warrant does this evidence create? Why do statements like these make it more likely that P is true? Questions like these too are foundational for philosophy -- from Plato to Locke to Quine. And philosophers have a developed and nuanced set of frameworks and vocabularies in terms of which to interrogate them.

Both these types of intellectual work are doubly cognitive. They represent cognitive effort directed at examples of cognitive effort -- efforts to explain the workings of nature, the behavior of other people, or the workings of social institutions. Putting the point very simply -- philosophers are good at helping us think clearly about thinking. And, at their best, they can help us think more clearly and coherently.

So now we have part of an answer for why there is no philosophy of plumbing: plumbing is a routine activity with few conceptual puzzles and a secure base of practical knowledge. There just isn't any room for philosophical analysis in this realm. And, second, there is the pragmatic point: it is very hard to see how the plumbers might benefit from philosophical analysis. If Deleuze were to write a treatise on plumbing, how could that possibly enhance the practical discipline of plumbing? The plumbers' effective ability to control the water and waste systems of our buildings would not be enhanced by conceptual or epistemic analysis. Their conceptual and theoretical problems are well-mapped; all that remains is to discover the source of the leak. And this does not require philosophy.

Why, then, do we need other philosophies of X's? What is it about economics, evolution, or the mind that makes it intellectually and practically valuable to have a philosophy of economics, biology, or psychology? The answer proceeds along the lines sketched here. All these disciplines confront huge problems of concept formation, theory construction, and inference and justification. The most basic questions remain unsettled: does capitalism exist? How are theories and models related to the empirical world? Is there such a thing as group selection? How do emotions intersect with reasoning? What is consciousness? And in all these fields, there is the problem of inference and method -- again, unresolved. So there is ample room for philosophical thinking in these fields.

But more importantly, philosophy can help to improve the intellectual practices of the cognitive-empirical disciplines. By working productively in tandem with creative scientific researchers, with a focus on the conceptual and methodological problems that matter the most, philosophers can help contribute to real progress in the disciplines. This requires the philosopher to engage with the discipline in depth. But the fruits of this sort of synergy can be highly productive. It is sometimes complained that philosophy brings only "logic chopping" and dry conceptual analysis. But this is a caricature; the conceptual issues faced by the special sciences are deeply challenging, and sustained dialogue with philosophers can potentially lead to meaningful progress in the science. And reciprocally, quite a few traditional concerns of philosophy --in ontology, epistemology, and the theory of the mind, for example -- can be significantly deepened through close engagement with current scientific work. There need not be a sharp line of demarcation between philosophy and empirical research.
Posted by Dan Little at 12:01 PM

And yet, one can imagine a philosopher of plumbing policy -- where should commodes be located, should bidets cause raised eyebrows, by whisking our waste away are we reinforcing the idea that once it leaves our bodies we have no responsibility for it?

Droll questions aside, are you suggesting that philosophy is an add-on to other disciplines or that its principles should be emphasized alongside the specifics of the discipline?

Anecdotal -- thanks for the comment. I don't think philosophy is just an add-on to biology, economics, or sociology. Rather, there is room for a synergistic interaction between both sets of researchers that leads to better understanding of the subject matter than either discipline would have achieved solo. I'd say that cognitive philosophers like the Churchlands have assisted in the growth of cognitive science in ways that were genuinely innovative. And this is possible in other areas of science as well.

Conceptual assumptions behind plumbing could also be questioned, to develop new designs. A philosophy graduate student doing plumbing would go about it very differently than other people. Say, as Soros does finance.

The Churchland example doesn't fit well. Philosophy of mind is part of Cogsci, while philosophy of X is usually not part of X.

A plumber may very well harbor thoughts similar to the philosophy grad student-plumber but without the vocabulary (setting aside arguments about language determining thought); as an armchair philosopher of the post office (itself a kind of plumbing system) I would suggest that one attribute of plumbing and the P.O. is their egalitarian or democratic natures: they'll deliver whatever is injected into the system irrespective of the attributes of the person delivering the ... um... message.

To anonymous -- Thanks for your comment. I think you're putting your finger on my central point here in taking issue with the example of the Churchlands and their relation to cognitive science. I'm suggesting that when the philosophy of a discipline is done well, it becomes part of the discipline; it isn't possible to distinguish sharply between the kind of abstract theoretical work done by the philosopher and the comparable work done by the theoretically-minded empirical researcher. I would say that philosopher Nancy Cartwright's writings on econometric reasoning are a contribution to econometrics, not just to the "meta" philosophy of economics.