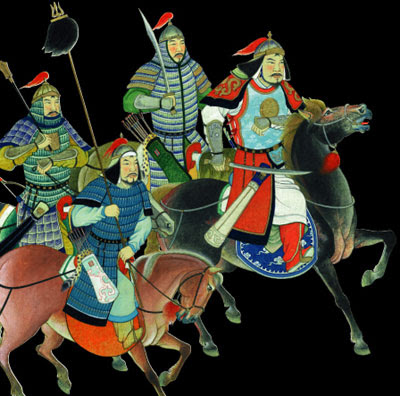 In the case of history the distinction also parallels the ambiguity between two meanings of "history": an organized body of knowledge about the past versus the totality of events and processes that have unfolded over time -- history as knowledge versus history as substantive happenings.

So we might say that there are two divergent starting points for a philosophy of history: How do we know and explain the past? And what are the nature and dynamics of historical reality? And philosophers interested in one of these questions are unlikely to be interested in the other. The analytic philosopher who pursues the epistemological questions is likely to believe that philosophy simply and categorically lacks a basis for discovering apriori truths about the external world; substantive metaphysics is not possible. And the philosopher like Hegel or Ricoeur who believes the important questions about history are the substantive ones, is likely to be impatient with a purely analytic and epistemic approach.

It is time for philosophers to take a fresh look at the issues raised by history in all its facets. We need some new approaches to the philosophy of history. And this suggests that we need to get beyond the dichotomy between analytic and substantive approaches to the problems. Fortunately, there seems to be ample intellectual space for us to do so. And many of the challenging "new" questions for the philosophy of history cross over the distinction between epistemology and metaphysics.

Take for example the problem of providing a more adequate treatment of concepts that are often taken for granted in historical discourse: e.g. structure, mentality, class, event, or revolution. Each of these concepts raises problems that philosophers can help to address. The twin problems of disaggregation and reification arise in each instance. What is a historical structure such as "the fiscal system of the ancien regime" composed of? What errors are we led to by asserting things like "the Revolution in the west was less about economic interests and more about local political competition"? What do we need to provide as foundation if we want to refer to the "artisanal mentality of Parisian workers"? In each instance there is a productive space in which the philosopher and the working historian can arrive at a deeper and more adequate conceptual scheme in terms of which to analyze the historical reality under consideration. And it is worth noticing that this work is not purely analytical; it is also substantive, in the sense that it is shedding new light on real historical phenomena. We might describe this work as falling in the domain of substantive historical ontology.

Or think about the potential value of a philosopher's reflections on the range of ways in which talented historians frame their results: Albert Soboul's methodical exposition of the meso-level class identities and interests of the groups contending in 1789 (A Short History of the French Revolution, 1789-1799

), Simon Schama's discontinuous exposition of elements of European history around the theme of landscapes (Landscape And Memory

), Philip Kuhn's exposition of the cultural-emotional climate of late Imperial China through the lens of a witchcraft scare (Soulstealers: The Chinese Sorcery Scare of 1768

). To what extent do these choices about exposition and framework inflect upon the substantive historical findings? How does Peter Perdue's shift of focus from Ming-Qing China to the shifting power relationships in central Asia between Russia, China, and the Mongol empire change our perspective on Chinese diplomacy and warcraft (China Marches West: The Qing Conquest of Central Eurasia

)? The philosophical work to be done here is analytical; but it is also illuminating and progressive, in the sense that it lays the basis for a better understanding of the relationship between the historian and the historical domain under scrutiny.

These examples suggest a third possible starting point for the new philosophy of history: what are some of the core historical concepts that enter into good examples of historical writing and thinking, and what kinds of puzzles and presuppositions do these concepts bring with them? And what can we discover about historical explanation and knowledge by carefully observing the work of talented, innovative historians?