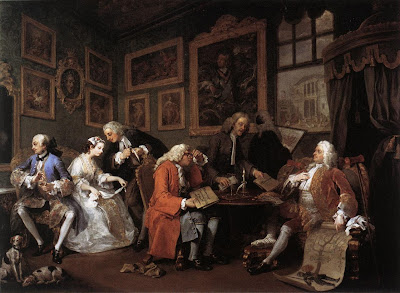 The scholars of the Annales school of French history characteristically placed their analysis of historical change within the context of the large structures -- economic, social, or demographic -- within which ordinary people live out their lives. They postulate that the broad and enduring social relations that exist in a society -- for example, property relations, administrative and political relations, or the legal system -- constitute a stable structure within which agents act, and they determine the distribution of crucial social resources that become the raw materials on the basis of which agents exercise power over other individuals and groups. So the particular details of a social structure create the conditions that set the stage for historical change in the society. (The recently translated book by André Burguière provides an excellent discussion of the Annales school; The Annales School: An Intellectual History

Marc Bloch's own treatment of French feudalism illustrates a sustained analysis of a group of great structures enduring centuries over much of the territory of France (Feudal Society: Vol 1: The Growth and Ties of Dependence

), as does Le Roy Ladurie's treatment of the causes of change and stasis in Languedoc in The Peasants of Languedoc

represents another clear example of historical research organized around analysis of great structures. And though not a member of the Annales school, I would include M. I. Finley's treatment of the ancient economy as another important example (The Ancient Economy

); Finley attempts to trace out the features of property, economy, and political and military power through which ordinary life and historical change proceeded in the ancient world. But there is an important difference among the several works: Bloch, Braudel, and Finley represent an analysis of these structures as a whole, while Le Roy Ladurie's work largely attempts to explain features of life over a very long time that show the imprint of such structures. One is macrohistory, while the other is microhistory.

What are some examples of putative “great structures”? There are several that readily come to mind: a nation's economic system, its system of law, legislation, and enforcement; its system of government, taxation, and policy-making, its educational system, religious organizations and traditions, the composite system of organizations that exist within civil society, and the norms and relations of the family.

The scope of action matters here; the background assumption is that a great structure encompasses a large population and territory. (So we would not call the specific marriage customs that govern a small group of Alpine villages but extend no further a "great structure.") And it is further assumed that the hypothesized structure possesses a high degree of functional continuity and integration; there are assumed to be concrete social processes that assure that the structure works in roughly the same way throughout its scope to regulate behavior.

The idea of a "great structure" thus requires that we attend to the contrast between locally embodied institutions showing significant variation across time and space, and the supposedly more homogeneous workings of "great structures." We need to be able to provide an account of the extended social mechanisms that establish the effects and stability of the great structure. If we cannot validate these assumptions about scope, continuity, and functional similarity, then the concept of a "great structure" collapses onto a concatenation of vaguely similar institutions in different times and places.

To fit the bill, then, a great structure should have some specific features of scope and breadth. It should be geographically widespread, affecting a large population. It should have roughly similar characteristics and effects on behavior in the full range of its scope. And it should be persistent over an extended period of time -- decades or longer.

The most basic question is this: are there great structures? On the positive side, it is possible to identify social mechanisms that secure the functional stability of certain institutions over a large reach of territory and time. A system of law is enforced by the agents of the state; so it is reasonable to assume that there will be similar legal institutions in Henan and Sichuan when there is an effective imperial government. A system of trading and credit may have centrally enforced and locally reinforcing mechanisms that assure that it works similarly in widely separated places. A normative system regulating marriage may be stabilized by local behaviors over a wide space. The crucial point here is simply this: if we postulate that a given structure has scope over a wide range, we need to have a theory of some of the social mechanisms that convey its power and its reproduction over time.

Is part of the problem, here, that "great structures" are an historian's response to a paucity of evidence? If the sources you have to work with are more lacunae than text -- mere scraps scattered across the map and across a century or more -- the natural temptation is to try to meld those scraps into a comprehensible whole. The temptation is to simply imagine "a great structure" in which the scattered scraps of evidence are all pieces in the same whole. If the scraps are, in fact, pieces of disparate, diverse morphing structures, well, you'd better get another job.

The Annales school is, of course, famous for its advocacy of imagination as method, but I was particularly moved by your reference to Finley's work on the ancient economy. The sum total of primary literary evidence on the economy of ancient Athens or the economic institutions of the Roman Empire in, say, the Augustan period, is pitiful. The sum total of all primary, literary evidence on Roman slavery over the course of a millenium, including inscriptions and graffiti, would not fill four slim volumes. Working through, and inferring something, from the archeology is challenging to the imagination as well.

"To fit the bill, then, a great structure should have some specific features of scope and breadth. It should be geographically widespread, affecting a large population."

Structures can be very small in scope and very fragmentary and overlapping. This was the case in the wake of the Mongol invasions in Southeast Asia. In mainland Southeast Asia large-scale Mon and Burmese states contended for resources alongside smaller confederations of Tai chieftainships, see for example:

"A system of trading and credit may have centrally enforced and locally reinforcing mechanisms that assure that it works similarly in widely separated places."

Yunnan on the Ming periphery would be an interesting case study but many open questions. In Yunnan a cowry based monetary system was still widely in use while the capital at Beijing did issue paper money but had problems supporting its value. This money was given to chieftains travelling from Yunnan to Beijing to pay tribute. Need more detailed attention to sources like this detail packed recent volume: