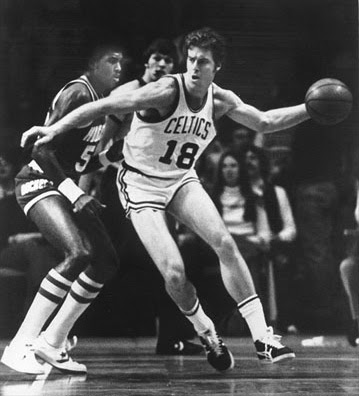 How does thought figure in our ordinary actions and plans? To what extent are our routine actions the result of deliberation and planning, and to what extent do we function on auto-pilot and habit?

It is clear that much of one's daily activity is habitual: routine actions and social responses that reflect little internal deliberation and choice. Habitual behavior comes into all aspects of life -- daily morning routines (exercise, shower, choose a tie, make a fast breakfast), routine work activities (turn on the computer, check the email account, riffle through the paperwork in the inbox, review the morning's business reports), and routine social contacts (greet the co-worker in the parking lot, gossip about the local news with the admin assistant, laugh about a lopsided weekend football score with a faculty colleague).

Particularly interesting is the last category of behavior -- the fairly specific modes of interaction we've learned in response to typical social situations. What do you do if you bump into a person with your shoulder at a buffet line? How do you respond to a person who greets you familiarly but whom you don't know? How do you interact with your boss, your peer, and your subordinate? How do you queue with other passengers when exiting a crowded airplane? When do you make a joke in a small group, and when is it better to keep quiet? In these and hundreds of other stereotyped social encounters we have learned stylized ways of behaving, so when the occasion arises we slip into habitual gear. And it seems certain that there are highly patterned differences in the repertoires of social habits associated with different cultures and sub-cultures -- how to greet, how to handle minor conflicts, how to comport oneself. These repertoires of habits and stereotyped behavioral scenarios are an important component of the "culture" we wear.

It is interesting to reflect a bit on how habits are socially and psychologically embodied, and to consider whether this is an avenue through which social differences among groups are maintained. (This topic parallels earlier postings on local cultures and practices.)

What is "habitual" about these forms of behavior is the idea that they seem to be learned patterns of response, involving little reflection or deliberation. They become small "programs" of behavior that we have internalized through past experience; and they are invoked by the shuffling of the cards of ordinary experience. It is as if the "action executive" of the mind consults a library of routines and deploys a relevant series of behaviors in the context of a particular social environment.

But of course, not all action is habitual. The opposite end of the spectrum includes both deliberation and improvisation. These categories themselves are different from each other. Deliberation involves explicit consideration of one's goals, the opportunities that are currently available within the environment of choice, and the pro's and con's of the various choices. Deliberation results in deliberate, planned choice. This represents the category of agency that is partially captured by rational choice theory: deliberate analysis of means and ends, and a calculating choice among possible actions. Planning is an extended version of this process, in which the actor attempts to orchestrate a series of actions and responses in such a way as to bring about a longterm goal.

Improvisation differs from both habit and deliberation. Improvisation is a creative response to a current and changing situation. It involves intelligent, fluid adaptation to the current situation, and seems more intuitive than analytical. The skilled basketball player displays improvisational intelligence as he changes his dribble, stutter-steps around a defender, switches hands, and passes to a teammate streaking under the basket for the score. At each moment there are shifting opportunities that appear and disappear as defenders lose their man, teammates slip into view, and the shot clock winds down. This series of actions is unplanned but non-habitual, and it displays an important aspect of situational intelligence. Bourdieu captures a lot of this aspect of intelligent behavior in his concept of habitus in Outline of a Theory of Practice

I've found 'thought' to be a most rarefied state.

A very good and useful site. Interesting posts and comments.
I will link your blog to my personal one at "www.arvalia.blogspot.com" to follow it constantly.