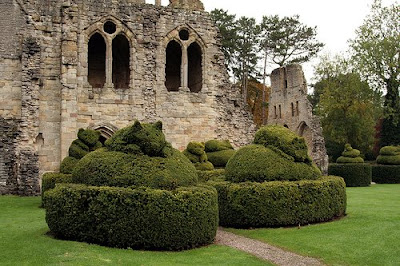 I believe that the social sciences need to be framed out of consideration of a better understanding of the nature of the social—a better social ontology. The social world is not a system of law-governed processes; it is instead a mix of different sorts of institutions, forms of human behavior, natural and environmental constraints, and contingent events. The entities that make up the social world at a given time and place have no particular ontological stability; they do not fall into “natural kinds”; and there is no reason to expect deep similarity across a number of ostensibly similar institutions – states, for example, or labor unions. (W. V. O. Quine’s metaphor of the bushes shaped to look like elephants comes to mind here; Word and Object

So the rule for the social world is – heterogeneity, contingency, and plasticity. And the metaphysics associated with classical thinking about the natural world – laws of nature, common, unchanging structures, and predictable processes of change – do not provide appropriate metaphors for our understandings and expectations of the social world. Nor do they suggest the right kinds of social science theories and constructs.

Instead of naturalism, I suggest an approach to social science theorizing that emphasizes agency, contingency, and plasticity in the makeup of social facts. It recognizes that there is a degree of pattern in social life – but emphasizes that these patterns fall far short of the regularities associated with laws of nature. It emphasizes contingency of social processes and outcomes. It insists upon the importance and legitimacy of eclectic use of social theories: the processes are heterogeneous, and therefore it is appropriate to appeal to different types of social theories as we explain social processes. It emphasizes the importance of path-dependence in social outcomes. It suggests that the most valid scientific statements in the social sciences have to do with the discovery of concrete social-causal mechanisms, through which some types of social outcomes come about.

And finally, this approach highlights what I call “methodological localism”: the view that the foundation of social action and outcome is the local, socially-located and socially constructed individual person. The individual is socially constructed, in that her modes of behavior, thought, and reasoning are created through a specific set of prior social interactions. And her actions are socially situated, in the sense that they are responsive to the institutional setting in which she chooses to act. Purposive individuals, embodied with powers and constraints, pursue their goals in specific institutional settings; and regularities of social outcome often result.

How does this perspective fit with current work in the social sciences? There are several current fields of social research that are particularly well suited to this approach. One is the field of comparative historical sociology, in its use of fairly detailed studies of similar cases in order to identify common causal mechanisms. Kathleen Thelen’s astute studies of different institutions of skill formation in Germany, UK, US, and Japan are an excellent case in point; she asks the twin questions, what causal processes give stability to a set of institutions? And what causal processes lead to a process of transformation in those institutions? The research methods of comparative historical sociology, then, are particularly well suited to the ontology of contingency, plasticity, and causal mechanisms (How Institutions Evolve: The Political Economy of Skills in Germany, Britain, the United States, and Japan).

Ethnography gives us a different angle on this same ontology. Ethnographers can give us insight into culturally specific mentalities—the “socially constructed individuals”. And they can give concrete analysis of the institutions that both shape individuals and are in turn shaped by them. More generally, qualitative research methods can offer a basis for discovery of some of the features of agency, mentality, and culture within the context of which important social processes take place. A good current example is Leslie Salzinger's Genders in Production: Making Workers in Mexico's Global Factories

, a study of the social construction of femininity in the factories of the maquiladoras. C. K. Lee's sociology of Chinese factory protests is also a model of a study that combines qualitative and quantitative methods; Against the Law: Labor Protests in China's Rustbelt and Sunbelt

The new institutionalism is a third theoretical perspective on social analysis and explanation. This approach postulates the causal reality of institutions; it highlights the point that differences across institutions lead to substantial differences in behavior; and it provides a basis for explanations of various social outcomes. The rules of liability governing the predations of cattle in East Africa or Shasta County, California, create very different patterns of behavior in cattle owners and other land owners in the various settings. (Mary Brinton and Victor Nee, The New Institutionalism in Sociology

; Jean Ensminger, Making a Market: The Institutional Transformation of an African Society

.) It is characteristic of the new institutionalism that researchers in this tradition generally avoid reifying large social institutions and look instead at the more proximate and variable institutions within which people live and act.

What kind of social science research and theory corresponds to these assumptions about social ontology? Here are some chief features--
We need a better sociology for the twenty-first century. If social scientists continue to be captivated by the scientific prestige of positivism and quantitative social science to the exclusion of other perspectives, they will be led to social science research that looks quite different from what would result from a view that emphasizes contingency and causal mechanisms. And if there are strong, engaging, and empirically rigorous examples of other ways of conducting social research that can come into broad exposure in the social sciences—then there is a greater probability of emergence of a genuinely innovative and imaginative approach to the problem of social knowledge.
Posted by Dan Little at 9:50 PM

A lovely summary of a view of social science that I, for one, completely share. The only danger I see here is that by weighting the local too heavily larger contexts may be neglected.

Thus, for example, I began the research that produced my book on Japanese Consumer Behavior by looking at the research of Japanese market researchers and searching for distinctively Japanese ideas and approaches. My major discovery was that they had been grappling with issues common to all of the OECD nations: the organization man, the increasingly prominent roles of women in the workplace and other public arenas as well as in consumption, the apparent weirdness of kids growing up in a world radically different from that of their parents, what to do with the growing number of years between retirement and death, that sort of thing. Adding in the fact that Japan was and is deeply involved in the global economy and global information flows made it clear that looking for the purely local was as much a fool's errand as looking for universal laws.