The sociology of class 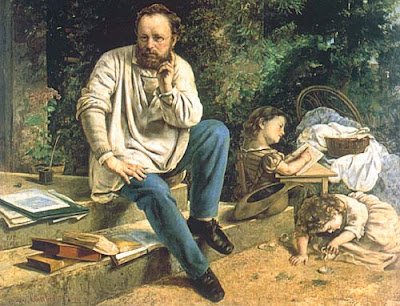 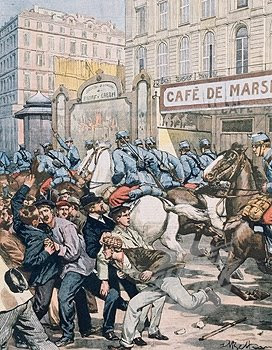 According to the traditional definition, a class is defined in relation to the broad structure of the property system. A group of people belong to the same class when they occupy the same position within the property system governing labor, physical assets, and perhaps intangible assets such as knowledge or money. This is a structural definition of the concept of class. In nineteenth-century France we might have classified the population into land owners, capital owners, wage laborers, artisans, professionals (accountants, architects), intellectuals, government officials, civil service workers, small merchants, smallholding farmers, tenant farmers, landless workers, and lumpenproletariat. And these groups can be roughly triangulated according to their ownership of three major elements: labor power, valuable skills and knowledge, and economic assets (land, property, wealth).

So we might capture nineteenth-century French social reality from this point of view along these lines: 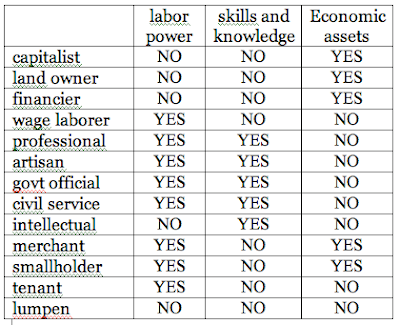 Of course, things can be classified according to any principle we might offer. So the value of a particular classification must be justified in terms of the explanatory or causal work that it does. The explanatory thrust of the theory of class goes along the lines of a sociological hypothesis: people who have a similar location within a system of property relations will also develop other important similarities: similarities of thought, values, style, behavior, and politics, for example. And so Marx believed that structurally-defined classes of people were likely to further develop a similar class consciousness -- a similar framework of thought in terms of which they understand the social forces around them; and he expected that classes of people would come to share a signature framework of political motivation -- a set of ideas, interpretations, and values that would motivate them to engage in collective action together.

This is where the substantive sociology of class comes in; in order to provide credibility for this set of expectations about class consciousness and political motivation, we need to have some ideas about the concrete sociological mechanisms that might plausibly lead from "common position in the property relations" to "common forms of consciousness and political motivation." And here there are quite a few things that can be said -- both by Marx in the 1850s and contemporary observers in the 2000s. First, a common position in the property relations often implies a number of concrete similarities of experience across individuals -- common features of the workplace, common neighborhoods in cities, common experiences in the system of schooling that is in place. These kinds of shared social positions suggest two things: first, a common process of shaping through which perceptions and motivations develop in each individual; and second, a common reality that individuals who experience these environments are likely to be able to perceive. It is highly plausible that a group of men and women who have spent their lives in a nineteenth century textile factory while living in a concentrated workers' slum, will have developed a similar consciousness and social style from the discipline and work processes of the factory and their shared social associations in their neighborhoods.

So miners in Wales or northern Michigan are exposed to similar work environments; similar firms and styles of management; and similar life outcomes that might be expected to create a "miner's consciousness" and a miner's political mentality. Smallholding wine growers across the landscape of nineteenth century France are exposed to similar natural, social, and economic circumstances that are likely to shape the development of their personalities and worldviews, that are in turn likely to create an ideal-typical "wine grower" who fairly accurately represents the worldview and behavior of wine growers.

Second, there is a fact that is more apparent today than it was to nineteenth-century sociological observers, that has to do with what we now understand about social networks and social capital. Common locations of work and residence make it highly likely that occupational groups (miners, architects, professors) will fall within sharply distinguished sets of social networks, and they will have access to different combinations of social capital (civic organizations, religious groups, secret societies). And the consciousness and political behavior of an individual is surely influenced in very profound ways by each of these social categories -- networks and social capital. So the fact of similarities in these respects is likely to give rise to similarities in consciousness and action as well.

And, of course, there is the fact of the social reality of exploitation in each of these circumstances: miners and wine growers are subject to coercive social relations that succeed in separating them from a substantial portion of the fruits of their labors. Coal miners will identify the profit-driven mine owners as the source of their exploitation and wine growers may identify the wine jobbers who buy their product cheaply and sell it dearly in the cities as the source of their exploitation. But each group comes to recognize the social reality of the property relations through which their productive labor is "expropriated" by other powerful forces. Recognition of the fact of exploitation is a key component of the process of the formation of class consciousness.

So it seems plausible to suppose that there are identifiable social mechanisms through which occupational groups come to have shared worldviews and similar political behaviors. But the theory of class asserts more than this; it asserts that wage laborers in many occupations will come to recognize themselves as fundamentally similar to workers in other occupations. The theory of class postulates a sociology of "escalation" of class identity, from the particular occupation, work group, and neighborhood to the larger (and more abstract) class that encompasses many occupations and work groups in widely separated locations. So, it is postulated, fast food workers, auto workers, and air traffic controllers will come to identify together, not simply as a set of occupational groups, but as an extended group of "persons who are forced to sell their labor to capital in order to satisfy life needs." And, further, the theory postulates that it will be possible for a strong form of group solidarity to emerge across this fairly heterogeneous and physically separated set of occupational groups.

It isn't entirely clear what the sociological mechanisms are supposed to be that facilitate this escalation of class identity, however. Classical Marxism depends heavily on the idea of a party and a group of activists who do the "class education" that leads workers from a narrowly parochial view of their situation to one that encompasses the common situation of wage labor. But this depends on a fairly sizable historical coincidence -- the emergence of a militant and disciplined class-based party. And it is very hard to see how non-planned forms of sociological change might lead to this escalation -- hard to see, that is, how air traffic controllers, McDonalds workers, and steel workers might spontaneously come to regard each other as belonging to a single class subject to exploitation by another abstractly defined class.

Moreover, it is very apparent today that there are multiple axes around which collective identities can form. Kinship relations in southern China cut across structural class relations, and it is certainly possible that the Li clan will have a stronger sense of identity than the landless workers -- even though the Li clan contains both landlords, peasant farmers, and landless workers. Religious affinities may be mobilized as a source of collective identity -- again, with the likelihood of creating groups that cut across class lines.

So this line of thought suggests that there is a fairly large gap in the theory of class in even its application to the nineteenth-century case: the problem of how to explain the postulated escalation of consciousness from the particular work group and occupation to the more general category, "working class."

lost in the woods said...

a fascinating thought train-i look to following the process