Power and class in the 21st century 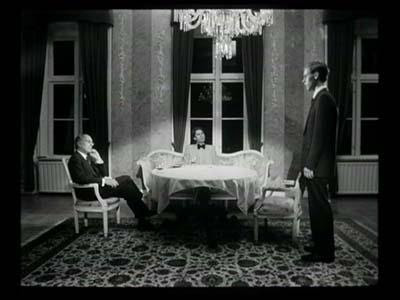 We could say that power and class are the two most important determinants of everyday life in the 21st century. Class relations – determined by the property system and the basic economic institutions within which we live – determine our opportunities, health, quality of life, and sometimes our basic freedoms. Power relations influence our careers, our opportunities, our freedoms, and very basic aspects of our behavior and choice. It is reasonable to think that the system of power and class within which we live constitutes the basic framework within which our lives and purposes unfold.

Further, the two schemata of post-modern life are interrelated. The property system within which we live is like a medieval cathedral – it cannot stand without the buttresses of power that retain its structure in the face of countervailing pressures. And the relations of power that exist in a society often derive much of their voltage from the structure of property that exists. Property holders need, want, and gain power; holders of power gain property.

But post-modern life is not so simple. There are multiple cross-cutting identities and positions that influence personal outcomes, not simply class or power. Race, ethnic group, gender – these are social systems that have quite a bit in common with class, and they have relationships to power as well. Race, ethnicity, and gender are also “social processing systems” – one’s status within the system of race or gender immediately influences one’s opportunities, status, prestige, and – yes, power. And one’s position within these ascriptive systems also has implications for the class system; thus black workers faced a different working environment than white workers in the Detroit auto industry in the 1950s and 1960s, and female workers earn less than male workers in many businesses.

We might define power in these terms: "access to social and material resources that permit an individual or group to control or influence social outcomes, including the behavior of other individuals and groups, the distribution of things, and the configuration of social institutions." And we can give a simple schematic description of the chief mechanisms and tactics through which control and influence are exercised in contemporary society: coercion, threat, manipulation of the agenda, manipulation of information and thought, and positional advantage. These are almost all relational characteristics -- they have to do with the relationships of influence that exist among individuals and groups.

We can also provide a simple definition of social class: “position within a system of property relations, defining one’s location with a structure of domination, control, and exploitation.” The group of people who share a similar position within the property relations of a society constitute a class. Their circumstances, resources, and opportunities are similar to those of others in the class, and they have common interests that are in opposition to members of some other classes. So class works as a social sorting process: individuals are tracked into one class or another through specific sociological mechanisms (schooling, parental attitudes, neighborhood). And it works to assign very different ranges of material outcomes to members of the various groups; working class families wind up more poorly educated, less healthy, and more vulnerable to economic fluctuations than their counterparts in the landlord class, the financial elite class, or the capitalist class. Part of the challenge of developing a sociology of class involved identifying some of the concrete pathways of difference created by class with respect to specific opportunities – education, health, adequate nutrition, access to creative work, .…

Status and consciousness are also part of the sociology of class. Individuals develop specific features of mentality out of the experience they have in the class environments of their parents, their schools, and their workplaces. And these differences in turn give rise to differences in behavior -- consumer behavior, political behavior, and inter-group behavior. And members of a class may acquire a common perspective on their situation -- they may come to diagnose the social relations around them in a similar way, they may come to a common "class consciousness" that leads them to engage in collective action together.

Further, the system of class relations also creates specific features in the social networks that exist in a society. A highly democratic and egalitarian society would be expected to have a social network graph that is widely and evenly distributed across the population. But in our society, it is likely that a social network map of Chicago would be highly differentiated along class lines: business people tend to know business people, manufacturing workers tend to know other manufacturing workers, and so forth. (I am sure there is some good research on this topic, though I can't put my hands on it.) This in turn implies that there will be significant differences across classes with respect to social capital -- the ability of people to call upon their social relationships and associations in pursuit of their goals and interests. (See Nan Lin, Social Capital: Theory and Research

.) (This point comes up in a different context in the earlier posting about segregation in France.)

The concepts of power and class are often linked. However, it strikes me that the two concepts or theories are not parallel; they do different work within our analysis of the society in which we live, and they require different kinds of ontologies in order for us to explicate them. “Class” is a situational feature for individuals; it defines a set of circumstances and opportunities that fundamentally influence the shape of their lives. In this respect the theory of class evokes structures first and agency and consciousness second. “Power” is a fluid characteristic of individuals within social relationships. As such, it evokes social relationships and social resources wielded by individuals and groups against other individuals and groups. “Power” is a feature of the individual's position within a set of social networks and relationships, not a social structure. Class is more akin to "the mass of the earth", whereas power is akin to "the ability to fly". The mass of the earth determines the most basic feature of life on earth -- gravity. The ability to fly is a complex and variable capacity that permits specific organisms and artifacts to accomplish flight within the general influence of gravity. What is complicated about this analogy is the fact that there are several sources of social "gravity" -- including the structures of race, gender, and religion that pull, push, and constrain us in multiple directions.
Posted by Dan Little at 11:40 AM

In response to an appeal for pointers on the relation of social network analysis (SNA) to actor network theory (ANT), I was sent a reference to

"Social networks and the study of relations: networks as method, metaphor and
form"

It provides a lovely overview of the historical development of these approaches to analyzing social structures. Highly recommended.

Tracing networks could be a way to understand power relations and bend them. For a work-in-progress using this idea in order to rebuild a political project, see http://yannickrumpala.wordpress.com/2008/09/16/knowledge-and-praxis-of-networks-as-a-political-project/

Great post! Ones relationship to the means of production must not be ignored when discussing power and class. It is still very much relevant.