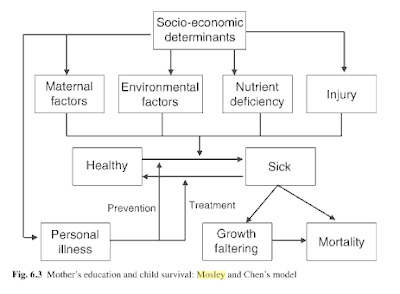 on the philosophical issues that arise in causal reasoning about social phenomena. Russo is obviously a talented and dedicated philosopher, and the book is a highly interesting contribution.

Explanation is at the center of scientific research, and explanation almost always involves the discovery of causal relations among factors, conditions, or events. This is true in the social sciences no less than in the natural sciences. But social causes look quite a bit different from causes of natural phenomena. They result from the choices and actions of numerous individuals rather than fixed natural laws, and the causal pathways that link antecedents to consequents are less exact than those linking gas leaks to explosions. Here as elsewhere, the foundational issues are different in the social sciences; so a central challenge for the philosophy of social science is to give a good, compelling account of causal reasoning about social phenomena that does justice to the research problems faced by social scientists. Federica Russo has done so in this book. The book focuses on probabilistic causation and causal modeling, and Russo offers a rigorous and accessible treatment of the full range of current debates. Her central goal is to shed more light on the methods of causal modeling, and she succeeds admirably in this ambition. Causality and Causal Modelling in the Social Sciences makes an important and original contribution.

Her approach to problems in the methodology and philosophy of social science is what she calls the “bottom-up” approach. She works from careful analysis of specific examples of social science reasoning about causation, and works upward to more general analytical findings about causal reasoning as it actually works in the hands of skilled social scientists. She uses five concrete case studies as a vehicle for teasing out the logic of causal inference that is at work: smoking and lung cancer, mother's education and child survival, health and wealth in a population, farmers' migration patterns, and factors causing job satisfaction. She looks at the causal arguments advanced in studies in each of these areas as a way of discovering some of the fundamental logical features of causal inference. The examples are drawn from a wider range of the social and behavioral sciences than is usually the case -- demography, public health, and migration, for example. Her insight is that we can learn a great deal about social science research by looking at good examples of empirical and theoretical reasoning about social changes. I think this is exactly right: it is much better to discover the problems that percolate out of the practice of social inquiry rather than imposing a framework of philosophical expectations onto social science practice.

Russo focuses her attention on the problem of explaining variation: what causes the variation of a certain characteristic over a population of individuals or events. This focus on “variation” rather than “regularity” is very convincing; it provides an appropriate and insightful alternative approach to framing problems for social science research and explanation. She offers a very adept discussion and interpretation of the meaning of causal statements and causal reasoning in the social sciences. The book provides a rigorous contribution to the large literature on the logic of quantitative reasoning about causes of population characteristics. Her case studies are well selected and well done. The book is founded on a deep and rigorous understanding of the most recent philosophical and methodological work on causal modeling.

The author does a very good job of positioning her understanding of the meaning of causal modeling and causal judgments in the social sciences. She honestly addresses the position of “causal realism” and the view that good explanations depend on discovering or hypothesizing causal mechanisms underlying the phenomena. Her chapter on causal mechanisms is a significant contribution to this growing debate within the philosophy of social science; she correctly observes that we need to have greater precision in our discussion of what a causal mechanism is supposed to be.

The book will be of substantial interest to the social scientists, psychologists, demographers, and philosophers who are interested in current debates about the mathematics and philosophy of causal inference. Social scientists and philosophers such as Skyrms, Cartwright, Woodward, Pearl, and Lieberson have developed a very deep set of controversies and debates about the proper interpretation of causal inference. Russo’s book is a substantial contribution to these debates and will engage much the same audiences.
Posted by Dan Little at 9:22 PM