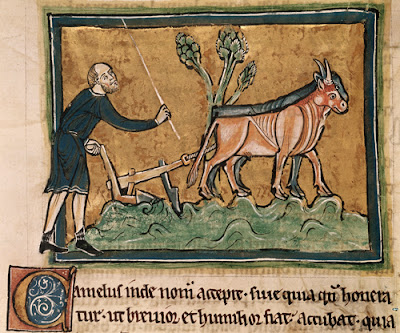 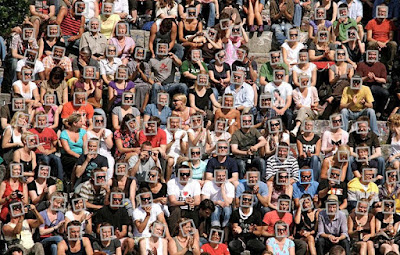 Is there such a thing as “philosophy of technology”? Is there a “philosophy of cooking” or a “philosophy of architecture”? All of these are practical activities – praxis – with large bodies of specialized knowledge and skill involved in their performance. But where does philosophy come in?

Most of us trained in analytic philosophy think of a philosophical topic as one that can be formulated in terms of a small number of familiar questions: what are the nature and limitations of knowledge in this area? What ethical or normative problems does this area raise? What kinds of conceptual issues need to be addressed before we can discuss problems in this area clearly and intelligently? Are there metaphysical issues raised by this area -- special kinds of things that need special philosophical attention? Does "technology" support this kind of analytical approach?

We might choose to pursue a philosophy of technology in an especially minimalist (and somewhat Aristotelian) way, along these lines:
Now we can introduce the idea of the accumulation of knowledge ("science"):
And history suggests we need to add a few Hobbesian premises:
Finally, history seems to make it clear that tools, machines, and weapons are not purely individual products; rather, social circumstances and social conflict influence the development of the specific kinds of tools, machines, and weapons that are created in a particular historical setting.

The idea of technology can now be fitted into the premises identified here. Technology is the sum of a set of tools, machines, and practical skills available at a given time in a given culture through which needs and interests are satisfied and the dialectic of power and conflict furthered.

This treatment suggests several leading questions for a philosophy of technology:
Here are a few important contributions to several of these topics.

Lynn White's Medieval Technology and Social Change illustrates almost all elements of this configuration. His classic book begins with the dynamics of medieval warfare (the impact of the development of the stirrup on mounted combat); proceeds to food production (the development and social impact of the heavy iron plough); and closes with medieval machines.

Charles Sabel's treatment of industrialization and the creation of powered machinery in Work and Politics: The Division of Labour in Industry addresses topic 5; Sabel demonstrates how industrialization and the specific character of mechanization that ensued was a process substantially guided by conflicts of interest between workers and owners, and technologies were selected by owners that reduced the powers of resistance of workers. Sabel and Zeitlin make this argument in greater detail in World of Possibilities: Flexibility and Mass Production in Western Industrialization. One of their most basic arguments is the idea that firms are strategic and adaptive as they deal with a current set of business challenges. Rather than an inevitable logic of new technologies and their organizational needs, we see a highly adaptive and selective process in which firms pick and choose among alternatives, often mixing the choices to hedge against failure. They consider carefully a range of possible changes on the horizon, a set of possible strategic adaptations that might be selected; and they frequently hedge their bets by investing in both the old and the new technology. "Economic agents, we found again and again in the course of the seminar's work, do not maximize so much as they strategize" (5). (Here is a more extensive discussion of Sabel and Zeitlin; link.)

The logic underlying the idea of technological inevitability (topic 7) goes something like this: a new technology creates a set of reasonably accessible new possibilities for achieving new forms of value: new products, more productive farming techniques, or new ways of satisfying common human needs. Once the technology exists, agents or organizations in society will recognize those new opportunities and will attempt to take advantage of them by investing in the technology and developing it more fully. Some of these attempts will fail, but others will succeed. So over time, the inherent potential of the technology will be realized; the technology will be fully exploited and utilized. And, often enough, the technology will both require and force a new set of social institutions to permit its full utilization; here again, agents will recognize opportunities for gain in the creation of social innovations, and will work towards implementing these social changes.

This view of history doesn't stand up to scrutiny, however. There are many examples of technologies that failed to come to full development (the water mill in the ancient world and the Betamax in the contemporary world). There is nothing inevitable about the way in which a technology will develop -- imposed, perhaps, by the underlying scientific realities of the technology; and there are numerous illustrations of a more complex back-and-forth between social conditions and the development of a technology. So technological determinism is not a credible historical theory.

Thomas Hughes addresses topic 6 in his book, Human-Built World: How to Think about Technology and Culture

. Here Hughes considers how technology has affected our cultures in the past two centuries. The twentieth-century city, for example, could not have existed without the inventions of electricity, steel buildings, elevators, railroads, and modern waste-treatment technologies. So technology "created" the modern city. But it is also clear that life in the twentieth-century city was transformative for the several generations of rural people who migrated to them. And the literature, art, values, and social consciousness of people in the twentieth century have surely been affected by these new technology systems. Each part of this complex story involves processes that are highly contingent and highly intertwined with social, economic, and political relationships. And the ultimate shape of the technology is the result of decisions and pressures exerted throughout the web of relationships through which the technology took shape. But here is an important point: there is no moment in this story where it is possible to put "technology" on one side and "social context" on the other. Instead, the technology and the society develop together.

Peter Galison's treatment of the simultaneous discovery of the relativity of time measurement by Einstein and Poincaré in Einstein's Clocks and Poincaré's Maps: Empires of Time provides a valuable set of insights into topic 3. Galison shows that Einstein's thinking was very much influenced by practical issues in the measurement of time by mechanical devices. This has an interesting corollary: the scientific imagination is sometimes stimulated by technology issues, just as technology solutions are created through imaginative use of new scientific theories.

Topic 8 has produced an entire field of research of its own. The morality of the use of autonomous drones in warfare; the ethical issues raised by CRISPR technology in human embryos; the issues of justice and opportunity created by the digital divide between affluent people and poor people; privacy issues created by ubiquitous facial recognition technology -- all these topics raise important moral and social-justice issues. Here is an interesting thought piece by Michael Lynch in the Guardian on the topic of digital privacy (link). Lynch is the author of The Internet of Us: Knowing More and Understanding Less in the Age of Big Data.

So, yes, there is such a thing as the philosophy of technology. But to be a vibrant and intellectually creative field, it needs to be cross-disciplinary, and as interested in the social and historical context of technology as it is the conceptual and normative issues raised by the field.