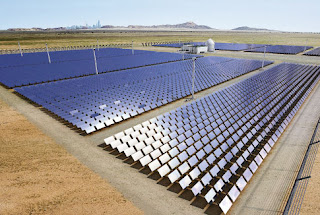 Charles Sabel and Jonathan Zeitlin made a powerful case for there being alternative institutional forms through which modern economic development could have taken place in their 1985 article, "Historical Alternatives to Mass Production: Politics, Markets and Technology in Nineteenth-Century Industrialization" (link). In an important volume in 1997, World of Possibilities: Flexibility and Mass Production in Western Industrialization

, they take the argument two steps further: first, that institutional variations were not merely hypothetical, but in fact had an extended history in a variety of industries well into the twentieth century; and second, that the current situation of pervading uncertainty about our most basic economic institutions was characteristic of the earlier periods as well.  The volume represents the work of an intensive seminar in economic history sponsored by the Maison des Sciences de l'Homme.  Contributors include a broad swath of researchers in economic history across Europe (not Asia!).  Chapters take up the processes of mechanization, specialization, and mass manufacture in a variety of industries in the nineteenth and early twentieth centuries -- silk, cutlery, watch-making, metal-working, and ship-building.  (Here is part of the very good introduction to the volume provided by Sabel and Zeitlin; link.)

Sabel and Zeitlin take the view that the history of business and technology can in fact shed quite a bit of light on the economic situation we face today -- from brand new sectors (Google, Facebook, Amazon) to the abrupt decline of old industries (the US auto industry) to speculation about the next big area of business growth (biotech, alternative energy).  They highlight a couple of features of the business and economic climate in the late 1990s that seem equally applicable today -- an acute sense of economic fragility and institutional plasticity.  They argue that these features were also the hallmarks of earlier periods of economic change as well.  So they argue that we can learn a great deal for today's challenges by considering the situation of industries like glass-making or watch-making in 1880 or 1920.


The sense of fragility goes to the once commonsensical idea that progress would lead to the gradual consolidation of particular forms of economic organization, and hence to an ever more certain sense of how best to deploy technology, allocate labor and capital, and link supply of particular products to demand. Today ... it is commonsensical to believe that the way many of these things are done depends on constantly shifting background conditions whose almost insensible mutation can produce abrupt redefinitions of the appropriate way to organize economic activity.

The second experience is one of the recombinability and interpenetration of different forms of economic organization: the rigid and the flexible, the putatively archaic and the certifiably modern, the hierarchical and the market-conforming, the trusting and the mistrustful.

The central theme of this book is that the experience of fragility and mutability which seemed so novel and disorienting today has been, in fact, the definitive experience of the economic actors in many sectors, countries, and epochs in the history of industrial capitalism.

But this double perception of mutability and fragility ... has not led them to exalt catch-as-catch-can muddling through as the organizing principle of reflection and action. What we find instead is an extraordinarily judicious, well-informed and continuing debate within firms, and between them and public authorities, as to the appropriate responses to an economy whose future is uncertain, but whose boundary conditions at lease in the middle term are taken to be clear.

Our purpose here is to show that most firms in nineteenth- and early twentieth-century Europe and the United States, neither mired in tradition nor blinded by the prospect of a radiant future, carefully weighed the choices between mass production and what we would now call flexible specialization. (2-3)

One of Sabel and Zeitlin's most basic arguments is the idea that firms are strategic and adaptive as they deal with a current set of business challenges. Rather than an inevitable logic of new technologies and their organizational needs, we see a highly adaptive and selective process in which firms pick and choose among alternatives, often mixing the choices to hedge against failure.  They consider carefully a range of possible changes on the horizon, a set of possible strategic adaptations that might be selected; and they frequently hedge their bets by investing in both the old and the new technology. "Economic agents, we found again and again in the course of the seminar's work, do not maximize so much as they strategize" (5).


During the eighteenth and early nineteenth centuries, for example, the silk merchants and weavers of Lyons carefully monitored but did not imitate the policies of design routinization, subdivision of labor and price competition pursued by their Spitalfields counterparts, preferring alternative strategies based on rapid style change, increasingly flexible machinery and the skillful exploitation of fashionable markets for high-value products. ... Much as they admired the efficiency of American methods, detailed accounts of the American system in trade journals and technical society proceedings typically emphasized that this efficiency depended on standardization of the product which was wholly incompatible with the current or expected organizations of their respective markets. (12)

In other words, specialized firms did not "resist change;" rather, they carefully assessed the full implications of one form of organization and one use of technology against another, and selected those innovations that represented the best match to their own business realities.
An interesting case study of an alternative way of organizing production is provided in the chapter by Peer Hull Kristensen and Charles Sabel, "The small-holder economy in Denmark."  It was an example of cooperative-based agriculture and small-scale production that provided a durable alternative to private capitalism farming and manufacture:

Denmark was the exception.  There in the decades before World War I peasant small holders built a technologically innovative cooperative movement that outcompeted estate-owners and urban financiers in virtually every segment of the dairy, egg and pork products industries.  In so doing they created demand for particular kinds of capital goods that contributed to the modernization of the small-shop sector of industry as well. (345)

Alongside the agrarian republic there was another estate of small holders, the artisans and craftsmen.  Their property was the knowledge of tools, materials, and techniques which made them independent of any one market or employer. By the outbreak of the First World War, they too had built institutions -- particularly a network of technical schools -- which allowed them to defend their place in Danish society by constantly renewing it. (365)

The history these activities in Denmark demonstrate that it was possible for voluntary producers' cooperatives to manage the provision of specialized services, marketing services, and economies of scale to farmers and artisans that we sometimes believe can only be provided by the market.  This system did not last forever -- though it proved economically durable for half a century, and it demonstrated much of the flexibility and organizational innovativeness that Sabel and Zeitlin emphasize in their introduction.


But some fifty years later, in the late 1950s, the cooperative core of this small-holder economy was coming visibly undone.  First cooperative dairies, then the cooperative slaughterhouses began to combine into larger and larger units abandoning in the process many of their original constitutional features and becoming in fact and law corporations. The corporations in turn fought with one another and the remaining cooperative for control of their respective markets. (374)

I find the contributions to this volume interesting in exactly the way predicted by Sabel and Zeitlin in the introduction: for the models they illustrate of deft navigation of uncertain economic environments by firms, cooperatives, and individuals.  The economic and business environment in the region where I live is unforgiving for a wide range of industries; for example, job shops and tool and die shops have largely disappeared in the Detroit metropolitan area.  However, there are a number of mid-sized adaptable businesses that have continued to thrive, through exactly the kinds of intelligent, forward-scanning adaptation to new opportunities described by contributors to this volume.  These businesses are in the engineering and advanced services sector, and they are innovative in two ways: they are constantly looking for new opportunities to apply existing and new technologies to new applications; and they are looking for customers in developing countries, including especially the Middle East from Lebanon to Saudi Arabia.  Energy, solar power, building control systems, urban parking systems, and aviation maintenance can be found within the portfolio; and the leaders of these companies are systematically and strategically developing the relations abroad that are necessary to secure the next wave of contracts.

It is interesting to consider whether there is a difference between economic history and business history. One might say that the former has to do with the large features of economic organization, social regulation, and logistics that constitute an economic system, whereas business history has to do with the tactical maneuvering and small-scale adaptations that individual firms undertake within the general framework of the existing economic structure.  But I think Sabel and Zeitlin's answer would be a fairly decisive one: there is no fundamental distinction between the two levels of analysis.  They frame the distinction in terms of the ideas of "epochs" and "crises"; this language distinguishes between long periods of institutional stability, and short periods of dislocation and change -- something like the theory of punctuated equilibrium.  But Sabel and Zeitlin doubt the validity of this distinction.  "The solution, we think, is to relax the distinction between periods of stability and periods of transition in the same way and for the same reasons that we relaxed the distinction between maximizing actor and constraining context" (29).  Or, in other words, when we look closely, almost every period of economic activity is also a period that mixes elements of stability with deep and unpredictable change.
Posted by Dan Little at 2:00 PM

When we talk about strategy of economic adaptation, it seems that the economic history of China from 1978 to 2010 is an interesting example because the economy of China has successfully transferred from planned economy to market economy without changing the centralized political system. It has successfully adapted to both market economy and world economy, but the strategy of the Chinese government to adapt Chinese economy does not follow any current dominant theories.