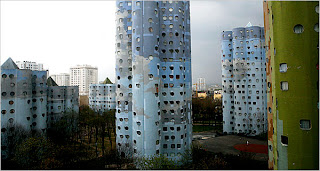 France is one of the more affluent countries in the OECD, but it continues to contain significant poverty and meaningful inequalities of income, wealth, and life outcomes. The past several years of rising unemployment have worsened these circumstances. A lot of this variation occurs across the lines of ethnicity and national origins; immigrant communities in France tend to have significantly higher levels of poverty, unemployment, and health disparities, often concentrated in the banlieue surrounding major cities. So how should concerned French citizens get a better understanding of these fundamental features of French society?

A research center and website that attempts to track these inequalities is the Observatoire des inegalites, directed by Louis Maurin. The website is found at inegalite.fr, and it is worthy of regular visits. The goal of the Observatoire project is to make sense of the social statistics of France and to communicate this information to the public in an understandable way. Right now the organization is focusing on recently released statistics on the rate of poverty on France. It would be very useful if there were similar sites in other countries, including the United States. (Here is a valuable source of information on poverty data provided by the United States Census Bureau; link.)

Two issues are particularly central when it comes to measuring poverty: first, how to define the poverty line (and how to interpret the poverty budget that this corresponds to); and second, how many people are poor in France by this criterion, and how this has been changing in the past several years.

On the first question, the official standard in France is pegged to a budget defined as half of the median income. This raises the first significant debate, because the EU pegs the poverty rate to the 60th percentile of income rather than the 50th percentile (median). Naturally, more people are classified as poor by the second criterion than the first. (In the U.S. the poverty line is calculated on the basis of an estimate of the income needed to purchase a specified "poverty budget" wage basket.)

Second, this is a purely income-based criterion of poverty, rather than an all-round assessment of living standards. As Amartya Sen argues, poverty is not solely determined by low income. The poverty wage basket approach comes a bit closer to Sen's idea that it is the overall ability of the poor family's ability to satisfy its basic needs that determines its status as poor or not-poor. (The main component that Sen emphasizes in his overview of quality of life as being overlooked by a pure income criterion of poverty is the provisioning of social services by the state; and France sets a fairly high standard with respect to this factor.)

So how does France measure up when it comes to poverty? Basically, the data suggest that the poverty rate is significant in France (7.1% in 2008, representing 4.3 million people), and, even more pressingly, it seems to have stabilized at that level. In 1970 the rate was 13.5%, falling to 7.2% in 1998. But during the next decade there was no significant change; there were 4.3 million poor people in France in 1998 and in 2008. (The poverty rate in the U.S. is estimated at a whopping 14.3% for 2009 -- a striking increase over the previous decade (link), and an appalling counterpoint to the extreme increases that have taken place in the United States in the concentration of income at the top of the distribution.)

Measuring poverty is a very important step for any decent society. More difficult and more important is deciphering the economic mechanisms giving rise to poverty and creating the observed changes in the rate over time. Unemployment is one obvious factor, and France is experiencing high rates of unemployment along with much of the rest of Europe. But what about other mechanisms? What about discrimination in housing and employment, for example (as suggested in Didier Lapeyronnie's Ghetto Urbain

).  And what about the terms of the grand social compact -- the division of income and wealth among classes and educational levels? This is essentially what the conflict is about in France today, between unions and business, and between the Sarkozy government and large segments of society.  And these are the mechanisms that generate inequalities of income and wealth, and they contribute to the macro-facts about poverty as well.

Another point established by data on the Observatoire is the fact that the mechanisms generating jobs and joblessness are very differently distributed across the map of France. The unemployment rate in France as a whole was 9.5% in 2009. But this rate encompasses a range of rates across regions of France, from 5.0% in Lozere to 13.5% and 13.6% in Herault and Aisne (link).

Also interesting on the site at present is an analysis of inequalities across social groups in terms of access to the baccalaureate degree; data provided here demonstrates sharp inequalities by group in terms of access to this valuable source of personal development and earning potential (link). Since education -- especially higher education -- is crucial to entry in higher-earning professions and occupations, the differential social processes at work here are also relevant to the distribution of income in the coming generation.

The Observatoire does a very good job of approximating the ideal of a transparent, understandable representation of the social data of a whole population. As such it is a very important experiment in "understanding society."
Posted by Dan Little at 9:21 PM

Approaching 37% of American families below a more up-to-date poverty line?

The 50 percentile American family income in 2005 was $56,277 (technically, that's mean, third-quintile in the Census tables).
The "minimum needs" table on p.44 of the 2001 book, Raise the Floor, maps out a very plausible poverty line for a family of three at $31,111 in 2005 dollars -- assuming health care is otherwise provided. Add $11,000 to purchase a family health plan and this plausible poverty line rises to $42,111 for a family of three (three years ago) -- the Raise' line computed by a totaling up of actual needs, not the half-century old federal formula of three times the price of an "emergency" diet.

(Raise' provides extensive explanations for its minimum needs parameters in Appendix B -- its tables cite Solutions for Progress. Average family size is 3.13 persons.)

The difference between second and third quintile averages ($35,000 and $56,000) runs roughly $1,000/percentile. So, needing to add $7,000 to $35,000 -- the 30 percentile mark -- to get $42,000 demarks 37%* of American families below poverty, at least without food stamps and other helps. Assuming all families were covered by comprehensive health insurance would still leave 26% of families on the wrong side of Raise's minimum needs line without helps -- don't know how many of those families between 26% and 37% are covered or by how much.

However perfectly accurate Raise's tables may or may not be, our media continuing to report the decades now, mis-measured federal poverty line of 12.5% (based on triple the cost of an emergency diet: dried beans only, no canned) without qualification is like the press of Columbus' era repeating without comment that the world is flat -- it makes no waves; but informed folks know better. :-)

[* Raise's tables allot $3,000 for yearly medical expenses for a family of three even if insured.]