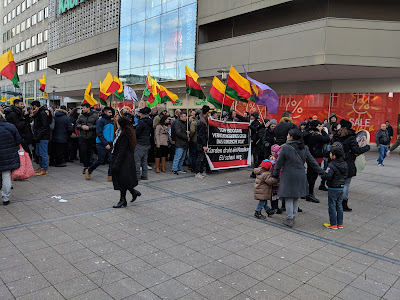 I am currently thinking about the topic of "organizational actors", and Margaret Gilbert's arguments about social actors are plainly relevant to this topic. It seems worthwhile therefore to reproduce a review I wrote of Gilbert's book On Social Facts (1989) in 1993. It is a tribute to the power of Gilbert's ideas that the book has much of the same power thirty years later that it had when it was first published. I also find it interesting that the concerns I had in the 1990s about "collective actors" and "plural subjects" expressed in this review have continued in my thinking about the social world through the current date. I continue to believe that constructs like collective actors require microfoundations that establish how they work at the level of individual "socially constituted, socially situated" individual human beings. I refer to this view as "methodological localism"; link.

I also find it interesting that my own views about social action derive, not from philosophy, but from immersion in the literatures of contentious politics and the concrete pathways through which individuals are led to mobilization and collective action. Unlike the methodological individualism associated with rational choice theory and neoclassical economics, and unlike the social holism that all too often derives from purely philosophical considerations, this literature emphasizes the actions and thoughts of individuals without making narrow and singe-dimensional assumptions about the nature of practical rationality. I learned through my study of the millenarian rebellions of late Imperial China that rebels had many motivations and many reasons for mobilization, and that good historical research is needed to disentangle the organizations, actors, and stresses that led to mobilization and rebellion in a particular region of China. The participants in the Eight Trigrams Rebellion or the Nian Rebellion in North China were not a plural subject. (For exposition of these ideas see chapter five of my Understanding Peasant China: Case Studies in the Philosophy of Social Science (1989), "Theories of peasant rebellion".) I have included an excerpt from that chapter on the topic of collective action at the end of this post because it illustrates an "actor-centered" approach to collective action. It presents a clear counter-perspective to Gilbert's views of "plural subjects".

Readers may also be interested in a post written in 2009 on the topic of "Acting as a Group" (link).

Margaret Gilbert’s On Social Facts is an intelligent, closely argued and extensively analyzed treatment of the problem of social collectivity. What is a social group? What distinguishes a group from a random set of individuals—e.g. the set consisting of W. V. O. Quine, Madonna, and Napoleon? Is a social class—e.g. the English working class in the 1880s—a social group? Gilbert’s primary contention is that the notion of a collectivity—individuals constituting a group—is the central feature of social ontology and the chief focus of empirical social science. And she maintains that this concept can best be analyzed by the idea of a “plural subject”—the referent of the first-person plural pronoun, “we”.

Gilbert argues against the individualism of Max Weber (and by implication, the premises of rational choice theory), by arguing that collectivities are the central subject of the social sciences, and that collectivities cannot be subsumed under (narrowly) individualist concepts. Thus Gilbert suggests that her theory offers support for holism over individualism (p. 3). Does it? I think not. An individualist is free to acknowledge that individuals have beliefs that refer to other persons and groups of persons; the position permits reference to shared purposes and actions involving a collection of persons deliberately orienting their actions towards a shared purpose. What individualism requires is simply that these are all the aggregate results of individual states of mind, and that the behavior of the ensemble is to be explained by reference to the beliefs and intentions of the participants.

An important test case for Gilbert’s account is the problem of collective action. Rational choice theory places much emphasis on public goods problems and the phenomenon of free-riding. How does Gilbert’s conception of plural subjects treat the problem? It appears to this reader that Gilbert makes collective action too easy. Plural subjects (groups) have purposes; individuals within these groups express quasi-readiness to perform their part of the shared action; and—when circumstances are right—the group acts collectively to bring about its collective goals. “The people concerned would be jointly ready jointly to perform a certain action in certain circumstances” (p. 409). She speaks of group will or communal will (p. 410). But the actions of a group are still the result of the choices made by constituent individuals. And however much the individual may align him- or herself with the collective project, the collective behavior is still no more than the sum of the actions taken by particular individuals. Moreover, it is necessary to acknowledge the endurance of private, individual interests that remain prominent for individual agents—with the result that we should expect individuals’ actions to sometimes involve free-riding, defection, and favoring of private over collective interests. It seems to this reader, then, that Gilbert leans too far in the direction of the Rousseauvian “general will” interpretation of social action.

How important for the social sciences is the notion of a social group or collectivity? Gilbert’s view is that this concept is foundational; it is the basis for a unitary definition of the subject matter of the social sciences. This overstates the importance of collectivities, it seems to this reader: there are important instances of social explanation that do not involve analysis of groups in Gilbert’s sense, and whose explanatory frameworks do not refer to groups, their behavior, their shared beliefs, or their collective intentions and self-understandings. A few examples might include neo-malthusian analysis of the relation between economic change and demographic variables; analysis of the effects of changes of the transport system on patterns of settlement and economic activity; and explanation of patterns of historical processes of urbanization in terms of changing economic and political institutions. These examples explain social phenomena as the aggregate result of large numbers of rational individual actions. They commonly refer to impersonal social structures and circumstances that function as constraints and opportunities for individuals. And they make no inherent reference to the forms of group collectivity to which Gilbert refers.

This is a rich book, and one that repays careful reading. It will be of particular interest to philosophers of social science and social philosophers, and the level of philosophical rigor will interest philosophers in other fields as well.
Powered by