The functionality of artifacts 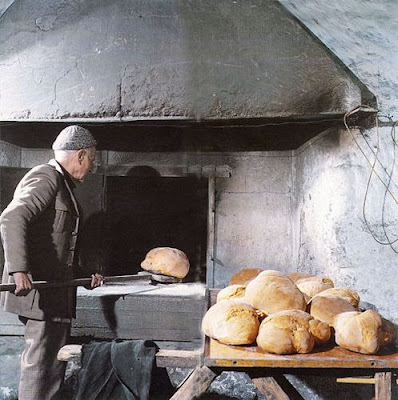 We think of artifacts as being "functional" in a specific sense: their characteristics are well designed and adjusted for their "intended" use. Sometimes this is because of the explicit design process through which they were created, and sometimes it is the result of a long period of small adjustments by artisan-producers and users who recognize a potential improvement in shape, material, or internal workings that would lead to superior performance. Jon Elster described these processes in his groundbreaking 1983 book, Explaining Technical Change: A Case Study in the Philosophy of Science.

Here is how I described the gradual process of refinement of technical practice with respect to artisanal winegrowing in a 2009 post (link):


First, consider the social reality of a practice like wine-making. Pre-modern artisanal wine makers possess an ensemble of techniques through which they grow grapes and transform them into wine. These ensembles are complex and developed; different wine "traditions" handle the tasks of cultivation and fermentation differently, and the results are different as well (fine and ordinary burgundies, the sweet gewurztraminers of Alsace versus Germany). The novice artisan doesn't reinvent the art of winemaking; instead, he/she learns the techniques and traditions of the elders. But at the same time, the artisan wine maker may also introduce innovations into his/her practice -- a wrinkle in the cultivation techniques, a different timing in the fermentation process, the introduction of a novel ingredient into the mix.

Over time the art of grape cultivation and wine fermentation improves.

But in a way this expectation of "artifact functionality" is too simple and direct. In the development of a technology or technical practice there are multiple actors who are in a position to influence the development of the outcome, and they often have divergent interests. These differences of interests may lead to substantial differences in performance for the technology or technique. Technologies reflect social interests, and this is as evident in the history of technology as it is in the current world of high tech. In the winemaking case, for example, landlords may have interests that favor dense planting, whereas the wine maker may favor more sparse planting because of the superior taste this pattern creates in the grape. More generally, the owner's interest in sales and profitability exerts a pressure on the characteristics of the product that run contrary to the interest of the artisan-producer who gives primacy to the quality of the product, and both may have interests that are somewhat inconsistent with the broader social good.

Imagine the situation that would result if a grain harvesting machine were continually redesigned by the profit-seeking landowner and the agricultural workers. Innovations that are favorable to enhancing profits may be harmful for safety and welfare of agricultural workers, and vice versa. So we might imagine a see-saw of technological development, as the landowner and the worker gains more influence over the development of the technology.

As an undergraduate at the University of Illinois in the late 1960s I heard the radical political scientist Michael Parenti tell just such a story about his father's struggle to maintain artisanal quality in the Italian bread he baked in New York City in the 1950s. Here is an online version of the story (link). Michael Parenti's story begins like this:


Years ago, my father drove a delivery truck for the Italian bakery owned by his uncle Torino. When Zi Torino returned to Italy in 1956, my father took over the entire business. The bread he made was the same bread that had been made in Gravina, Italy, for generations. After a whole day standing, it was fresh as ever, the crust having grown hard and crisp while the inside remained soft, solid, and moist. People used to say that our bread was a meal in itself....

Pressure from low-cost commercial bread companies forced his father into more and more cost-saving adulteration of the bread. And the story ends badly ...


But no matter what he did, things became more difficult. Some of our old family customers complained about the change in the quality of the bread and began to drop their accounts. And a couple of the big stores decided it was more profitable to carry the commercial brands.

Not long after, my father disbanded the bakery and went to work driving a cab for one of the big taxi fleets in New York City. In all the years that followed, he never mentioned the bread business again.

Parenti's message to activist students in the 1960s was stark: this is the logic of capitalism at work.

Of course market pressures do not always lead to the eventual ruin of the products we buy; there is also an economic incentive created by consumers who favor higher performance and more features that leads businesses to improve their products. So the dynamic that ruined Michael Parenti's father's bread is only one direction that market competition can take. The crucial point is this: there is nothing in the development of technology and technique that guarantees outcomes that are more and more favorable for the public.