The tempos of capitalism 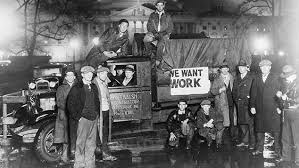 I've been interested in the economic history of capitalism since the 1970s, and there are a few titles that stand out in my memory. There were the Marxist and neo-Marxist economic historians (Marx's Capital, E.P. Thompson, Eric Hobsbawm, Rodney Hilton, Robert Brenner, Charles Sabel); the debate over the nature of the industrial revolution (Deane and Cole, NFR Crafts, RM Hartwell, EL Jones); and volumes of the Cambridge Economic History of Europe. The history of British capitalism poses important questions for social theory: is there such a thing as "capitalism", or are there many capitalisms? What are the features of the capitalist social order that are most fundamental to its functioning and dynamics of development? Is Marx's intellectual construction of the "capitalist mode of production" a useful one? And does capitalism have a logic or tendency of development, as Marx believed, or is its history fundamentally contingent and path-dependent? Putting the point in concrete terms, was there a probable path of development from the "so-called primitive accumulation" to the establishment of factory production and urbanization to the extension of capitalist property relations throughout much of the world?

Part of the interest of detailed research in economic history in different places -- England, Sweden, Japan, the United States, China -- is the light that economic historians have been able to shed on the particulars of modern economic organization and development, and the range of institutions and "life histories" they have identified for these different historically embodied social-economic systems. For this reason I have found it especially interesting to read and learn about the ways in which the early modern Chinese economy developed, and different theories of why China and Europe diverged in this period. Kenneth Pomeranz, Philip Huang, William Skinner, Mark Elvin, Bozhong Li, James Lee, and Joseph Needham all shed light on different aspects of this set of questions, and once again the Cambridge Economic History of China was a deep and valuable resource.

A  new title that recently caught my eye is Pierre Dockès' Le Capitalisme Et Ses Rythmes, quatre siècles en perspective: Tome I Sous Le Regard Des Géants. Intriguing features of the book include the long sweep of the book (400 years, over 950 pages, with volume II to come), and the question of whether there is something new to say about this topic. After reading large parts of the book, I think the answer to the last question is "yes".

He specifically distances himself from "mainstream" economic theory and couches his own analysis in a less orthodox and more eclectic set of ideas. He defines mainstream economics in terms of five ideas: first, its strong commitment to mathematization and formalization of economic ideas; second, its disciplinary tendency towards hyper-specialization; third, its tendency to take the standpoint of the capitalist and the free market in its analyses; fourth, the propensity to extend these neoliberal biases to the process of selection and hiring of academics; and fifth, its underlying “scientism” and positivism leads its practitioners to devalue the history of the discipline or the historical conditions through which modern institutions came to be (9-12).
Dockès holds that the history of the economic facts and the ideas researchers have had about these facts go hand in hand; economic history and the history of economics need to be studied together. Moreover, Dockès believes that mainstream economics has lost sight of insights from the innovators in the history of economics which still have value -- Ricardo, Smith, Keynes, Walras, Sismondi, Hobbes. The solitary focus of the discipline of mainstream economics in the past forty years on formal, mathematical representations of a market economy precludes these economists from "seeing" the economic world through the conceptual lenses of gifted predecessors. They are trapped in a paradigm or an "epistemological framework" from which they cannot escape. (These ideas are explored in the introduction to the volume.)

The substantive foundation of the book is Dockès’ idea that capitalism has long-term rhythms punctuated by crises, and that these fluctuations themselves are amenable to historical-causal and institutional analysis.

[In a word, growth and crisis are inseparable and inherent in the process of capitalist development left to itself.] (13)

The fluctuations of capitalism over the longterm are linked in a single system of causation — growth, depression, financial crisis, and growth again are linked. Therefore, Dockès believes, it should be possible to discover the systemic causes of the development of various capitalist economies by uncovering the dynamics of crisis. Further, he underlines the serious social and political consequences that have ensued from economic crises in the past, including the rise of the Nazi regime out of the global economic crisis of the 1930s.

[Studying these rhythms imposes an analysis of the logic of functioning of capitalism.] (12).

Dockès is explicit in saying that economic history does not "repeat" itself, and the crises of capitalism are not replicas of each other over the decades or centuries. Historicity of the time and place is fundamental, and he underlines the path dependency of economic development in some of its aspects as well. But he argues that there are important similarities across various kinds of economic crises, and it is worthwhile discovering these similarities. He takes debt crises as an example: there are great differences among several centuries of experience of debt crisis. But there is something in common as well:

[Permanence also in the relations of power and in the interests of some (creditors who favor deflation, high rates) and others (inflationary debtors), in the games of the state between these two pressure groups. We can draw two resulting homologies between the past and the present.] (20)

And failing to consider carefully and critically the economies and crises of the past is a mistake that may lead contemporary economic experts and advisors into ever-deeper economic crises in the future.

[Forgetting is harmful, especially forgetting past catastrophes, forgetting the lessons they have made possible, forgetting the theoretical corpus of the past. Embracing the perspective of the concrete economic history can help lead to a better understanding of the present, or even prepare for the future.] (21)

The scope and content of the book are evident in the list of the book's chapters:
As the chapter titles make evident, Dockès delivers on his promise of treating both the episodes, trends, and facts of economic history as well as the history of the theories through which economists have sought to understand those facts and their dynamics.