Making the case for liberal democracy 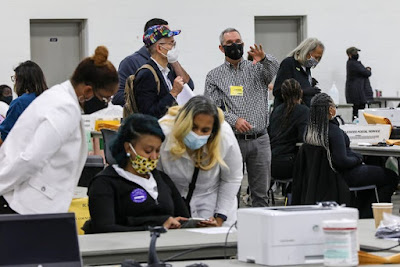 Recent posts have considered the question of whether liberal democracy is stable, or whether the assaults on liberal democracy by the populist far-right are likely to further undermine democratic institutions and values. In particular, I have considered the question of whether democracy generates its own supporting political psychology (as Rawls seems to believe), with citizens in a just society coming to have the moral emotions necessary to sustain robust public support for democratic institutions and arrangements. I've been using the phrase "civic loyalty” to capture the ensemble of political emotions that might serve to reinforce the stability of a democracy.

But there is a prior question to explore before we get to esoteric reasoning about democratic social psychology: is liberal democracy an attractive ideal for most ordinary people? Do the institutions and values of liberal democracy hang together as a durable system that would give virtually all clear-headed people a reason to prefer democracy over available alternatives -- let us say, illiberal democracy or populist authoritarian rule?

Suppose we define liberal democracy as a political system in which there are strong protections for the rights and liberties of all citizens, including minority groups, and which embody effective institutions of electoral representative democracy and equal rights of political participation. Now the question is a relatively simple one: assuming this kind of political system is functioning as advertised, would citizens find these arrangements satisfying and fulfilling, and would they develop civic loyalty in their support? Are these institutions valued by the citizens who live in countries in which they are present? Would every citizen have an interest or inclination in supporting the continuing effectiveness of this set of constraints and institutions?

The results of recent public opinion research are not encouraging. For example, a 2020 Pew Research study (link) based on a 2019 Global Attitudes Survey across many countries showed declining levels of satisfaction with democracy among citizens in numerous countries, with 59% of US respondents "not satisfied" against 39% of US respondents "satisfied". And the "not satisfied" numbers are comparable or worse for France, Spain, Italy, UK, Bulgaria, and Greece. The highest levels of satisfaction with democracy found in the study include Sweden (72%), Netherlands (68%), Canada (66%), Poland (66%), and Germany (65%).

These levels of dissatisfaction are surprising and disturbing. For most of the decades since the end of World War II the common assumption among observers is that the great majority of the population are satisfied and grateful for the freedoms and the rights of political participation that we have in the United States. It is surprising to discover in the past two decades, then, that satisfaction with this system of freedoms and political participation has fallen in the general population; and it is ominous to recognize that there are well-organized political movements in the United States and elsewhere -- right-wing populist movements -- that reject the premises of human equality and democratic participation that underlie our political system.

This seems to imply that liberal democracy does not automatically generate the political psychology it needs for stability — at least not in a super-majority of its citizens. Instead, maintaining the conditions of a liberal democracy is itself a problem of democratic politics and strategy. And very deliberate conservative, anti-liberal politicians have been making the opposite case for several decades in the United States. The undermining of confidence and faith in democratic institutions by the GOP and Fox News did not begin in 2016.

In other words, the program of supporting liberal democracy and the political rights and liberties it encompasses is now just one more topic of political conflict. The values of equality, liberty, and unity as a nation are now up for debate. Democrats advocate for the institutions and values of democracy, and right-wing populists actively advocate for a vision of the future in which those institutions and values play a diminished or even vanished role.

Democrats and progressives have largely believed that the political contest in the United States between "liberals" and "conservatives" is over specific legislative policies: taxation, environmental regulation, use of force by police, limitations on the extent of inequalities, and so on. But actually, it seems apparent that the contest now must also include marshaling support for our constitutional democracy itself: the integrity of elections, equal voting rights for all citizens, constitutional protections of individual rights and freedoms. We do not currently have a broad consensus about the value and inviolability of our constitutional democracy throughout the whole population. We seem to have evolved into a country which is divided between the party of democracy and the party of minority rule by any means possible. This must be addressed through political means.

Parties, politicians, civic organizations, and citizens who favor the institutions of liberal democracy must therefore take an active role in building political consensus around our democratic institutions. They must persuasively make the case to enough of the rest of the population to maintain broad and deep commitment to the values of constitutional protections of our rights and the institutional fairness of our electoral processes. They must build the case through mobilization, communication, and leadership in ways that inspire millions to share their cause. They must persuade other citizens to support the agenda of liberal democracy and to resist the suasion of the illiberal parties, the authoritarians, and the hate-based parties. (This is the thrust of the very interesting report released this year by the American Academy for the Advancement of Science, Our Common Purpose: Reinventing American Democracy for the Twenty-first Century (link).)

The election of 2020 has a clear lesson for people who care about democracy in America. We now need to actively build and mobilize mass support for our democratic institutions, across all segments of our population. It is an open question whether we will be able to succeed in doing that, and if we fail, the future of our democracy is in doubt.

But there is another important lesson about legitimacy that emerges from the recent fortunes of liberal democracy: that political justice -- constitutional protections of rights and liberties -- by itself is probably insufficient to generate strong satisfaction and civic loyalty among the great majority of citizens. People are concerned about economic justice and fairness as well as political rights and electoral democracy. American society (and perhaps French and British society as well) has fallen behind on issues of economic justice, with rapidly rising inequalities between rich and poor, declining availability of "middle class" jobs in an increasingly globalized economy, declining opportunities for social mobility for people in the bottom 50% or more of the economic ladder, and continuing discrimination and disparity across racial, ethnic, and gender lines. These are some of the factors that observers like Justin Gest have highlighted in explanation of "white working class disaffection" with the existing order, and it is hard to see how broad civic loyalty will be rekindled until there is a broader reality of social equality, equality of opportunity, and solidarity across all segments of society that would allow all members of society to believe that "democracy and wellbeing are for all of us". Protecting our liberal democracy means taking concrete, meaningful measures through legislation to increase the basic economic fairness of our market economy.
Posted by Dan Little at 9:05 PM

Your definition of Liberal Democracy is not the only one. The other being a form of "democracy" tailored to suit Liberalism, which is the ideology of Capitalism. Obviously, the latter is what we actually have. Someone ought to come up with an unambiguous phrase for your version.

The Pew poll does not seem to show the people are fed up with the idea of democracy, merely with the way it is "working". The "democratic institutions" do not need to be preserved, they need to be fixed or replaced so they work for the demos and people can believe in them. This is not a problem that started in 2016.

Words like liberal, populist, progressive and even conservative are all hopelessly ambiguous and confusing. That's why politicians use them. We need to cut through that crap.