Conservative and progressive forms of democracy 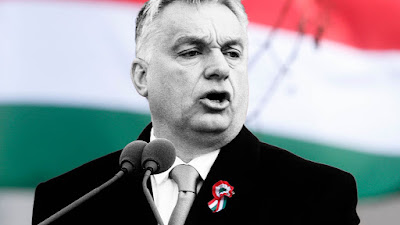 An earlier post suggested that we cannot really address the issue of the stability of liberal democracy without considering issues of economic justice as well.

It is worth separating the features of a modern society into the "liberal democratic" cluster and the "social democratic" cluster for a reason that is familiar from Rawls (Justice as Fairness: A Restatement). Rawls argues that the stability of a just society depends on finding an "overlapping consensus" of values that converge to provide support for the existing system. Different groups have different "comprehensive conceptions of the good" which disagree with each other and give rise to different goals for legislation. But agreement about rights and democratic process may provide a basis for an overlapping consensus across these differences. In the United States and Britain it seems that agreement about individual rights and liberties and the institutions of majoritarian democracy are likely to fall within the overlapping consensus in those countries, whereas the social and economic assumptions of the "social democracy" cluster are likely to remain controversial and to fall outside the overlapping consensus. This seems to imply that the social-welfare and redistributive provisions of the social-democracy cluster are appropriate content for majoritarian legislation, not constitutional stipulation.

So let's consider the issue in a broader canvas. Suppose that we are thinking of a just liberal democracy as including these elements, as outlined in the prior post: (1) a set of constitutional guarantees of equality and key individual rights, and (2) a set of social and economic guarantees establishing a reasonable level of human wellbeing for all members of society. Together these clusters of features establish the nature of a social democracy. These ideas capture the idea of equal freedom and rights within an overarching system of law, in which each individual is free to pursue his/her purposes as desired, limited only by the constitutional and legal protections of the rights of others, and the rights of the minority. Further they capture the value of the equal worth of liberty -- the material requirements necessary for the exercise of freedom. And they conform well to Rawls's principles of justice; the "constitutional guarantees" spell out an interpretation of the liberty principle, and the "social-economic guarantees" spell out an interpretation of the difference principle.

But here is the complication. "Liberal democracy" is best defined as a system that embodies a constitutional system that establishes inviolable rights and liberties for all individuals along with majoritarian principles in the establishment of legislation. The constitutional protections are prior to majoritarian legislation in the sense that ordinary legislation does not have the authority to create laws that violate the rights guaranteed in the constitution. (The constitution can be amended, of course, through a clearly defined process, and a process that generally involves a super-majority for completion.) But the "social democracy" provisions fall outside the overlapping consensus, and they would need enactment through normal majoritarian processes of legislation.
So the two groups of items do not play the same role within a given liberal democracy. The items mentioned under the list of liberal guarantees of equal rights are constitutional provisions, not subject to ordinary majoritarian legislation. But the items listed under the "social democracy" clauses are not constitutional provisions; rather, they would be established through ordinary political processes of legislation and majoritarian politics. This is because legitimate disagreement over these provisions persists among reasonable people, and therefore these provisions do not fall within the "overlapping consensus". (This distinction parallels the structure of the Universal Declaration of Human Rights, in that the first batch of rights are "negative" rights, while the second batch are "positive" rights.)
And we are forced to ask the question: in a modern society much like our own, governed by constitutional protections like those listed in (1), would the provisions described in (2) ever be enacted through a democratic majoritarian process of legislation? It is clear that in most advanced democracies the statements under (2) fall at the heart of profound political and ideological disagreements: the idea of using the coercive power of the state to limit inequalities of wealth, the idea of using taxation (redistribution) to provide for basic amenities for poor people, the idea of establishing strong regulatory systems designed to protect the health and safety of the public -- these are all policies that are strongly opposed by conservatives. These are precisely the kinds of issues over which parties of the left and the right disagree in many democracies; in Britain the Conservatives reject the redistributive policies advocated by Labour Party, in the US the Republicans reject "welfarist" or "socialist" policies advocated by the Democratic Party, and so on. The ensemble of assumptions listed here describes "liberal social democracy", which is a substantively stronger assumption about a just society than simply a "liberal democracy".
Crucial parts of a progressive agenda for a just society are encompassed by the constitutional assumptions listed here. Liberal democrats are anti-racist, anti-discrimination, political-egalitarian, and insistent on equal and neutral application of the system of law. And historically, many conservative leaders and parties have shared these commitments. But progressives and conservatives are likely to disagree strongly about the second batch of assumptions about a good society. And since we are committed to democracy, we are committed to the idea that a functioning democracy that respects the provisions of (1) but rejects one or more provisions of (2) is no less democratic for that difference.
So the question comes down to this: would the system that combines (1) and (2) -- a liberal social democracy -- find majority support in some or many existing democracies?

It would seem that there is nothing in the social-democracy list of conditions (2) that would be limiting or unpalatable for most ordinary people; on the contrary, these circumstances of an effective liberal social democracy would seem to be ideal for ordinary people to fulfill themselves and to live satisfying lives. And these arrangements seem to give a basis for confidence in the wellbeing of future generations as well.

But not everyone would reach the same judgment about these arrangements. Here are some likely exceptions.

These are the kinds of exceptions that Rawls attempts to head off using the idea of the veil of ignorance: if people don't know that they are rich, male, white, Christian, or powerful, then they are well advised to protect their future selves by favoring principles of equal liberties, minimal inequalities, and strong guarantees of basic wellbeing. Rawls believes we get unanimous rational support for a just society if participants do not know their eventual position in that society. Behind the veil of ignorance everyone would support the arrangements of a liberal social democracy.

But real political disagreements do not take place behind a veil of ignorance. In realistic arenas of political disputes we have to accept the fact that individuals have full knowledge of their positions, including wealth, power, race, religion, ideology, and sex. Under those conditions we can expect that individuals will form their political beliefs and affinities in consideration of their interests, values, ideologies, and predilections (including possibly “social dominance orientations” or beliefs of racial and ethnic superiority). They will give their support to candidates and parties that best conform to those beliefs and affinities. And there are some configurations of interest and affinities that would lead individuals to support an authoritarian party or leader whom they expect to favor their interests (and whom they believe they can collectively influence and control). Given that the majority of voters are likely to support the institutions and values of a liberal social democracy, this means that these anti-liberal voters are inclined to favor the fortunes of political parties committed to minority rule over the majority. Here is the authoritarian impulse from the populist voter's point of view: "This particular authoritarian populist politician shares my values and will act in such a way as to impose them on society; I can trust this politician to serve my interests and values."

Here is what the populist anti-liberal strategy looks like: identify groups of potential supporters, based on mistrust of other racial groups, antagonism towards elites and urban populations, as well as support motivated by fervent religious and ideological activism; identify potential sources of large-scale funding for political mobilization among the super-rich who will benefit from anti-liberal economic and tax policies (e.g. Koch brothers, Sheldon Adelson); identify powerful communicators in media, social media, and other venues to craft and disseminate effective mobilization messages (Fox, Sean Hannity, Tucker Carlson); pressure and subvert traditional conservative political organizations in support of the radical populist agenda; and -- as Steve Bannon said -- "wage war on liberals". This strategy isn't likely to produce an electoral majority, but it doesn't need to, if it is possible to suppress the votes of the other side and to achieve power through other means.

In fact, we seem to be in such a circumstance at the present moment in the United States. The presidential election took place more than four weeks ago, and Joe Biden has beaten Donald Trump by more than seven million votes, and has won a sizable majority in the Electoral College. And yet there appear to be many millions of citizens who continue to support Trump during his undisguised attempt to overturn this democratically completed election. Millions of voters are apparently untroubled by this authoritarian “strongman” effort to remain in office following decisive electoral defeat. For these voters the stability and persistence of our constitutional democracy is not of primary concern; rather, they believe the strongman will serve them well. And his willingness to subvert and destroy our democratic institutions does not discredit him in their eyes.

This line of thought leads to a nightmare possibility: neither "laissez-faire" democracy nor social democracy is politically stable. Neither traditional conservative Republican economic policy nor reform-minded Labour or Democratic policies can retain a majority. Laissez-faire democracy loses support because it creates increasingly intolerable conditions for a growing proportion of the working population; social democracy loses support because right-wing populist political movements are able to use their mobilization strategies to gain support from the less-well-off segments of the ordinary working class population. The winner? Right-wing populist illiberal democracy, with strongman populist authoritarianism in the driver's seat. And we have precisely such examples in the world today, in the form of Turkey's Recep Tayyip Erdoğan and Hungary's Viktor Orban.