Do norms and moral attitudes change over generations? 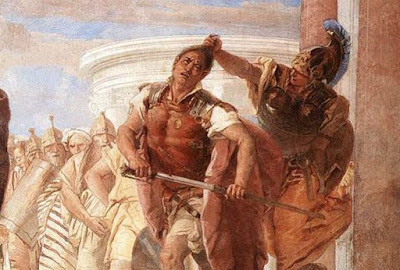 Moral philosophers have often written of ethical obligations, principles, and theories as if they were timeless and unchanging. Kant, for example, argued that moral obligations follow from the structure of rationality itself. The utilitarians -- Bentham, Mill, Sidgwick -- held that moral obligations are defined by the principle of maximizing happiness -- whether in the time of Socrates or Neo (the protagonist in the Matrix).

But really -- it is entirely unbelievable to imagine that philosophy and pure reason can discover an apriori, timeless system of moral truths. Values and norms are created by human beings living in concrete social circumstances. Rather, moral philosophy should be understood as a dialogue with the moral culture of a time and place, rather than an attempt to discover moral certainties valid beyond human experience. Seen in this way, the "reflective equilibrium" approach to moral epistemology advocated by John Rawls is the most plausible way of understanding the epistemic status of moral principles. This is a coherentist rather than a foundationalist epistemology, involving a back-and-forth adjustment of specific judgments and more general principles until a reasonable level of consistency is achieved. (Here is an earlier discussion of these ideas about moral reasoning; link.) And if human beings' considered judgments change over time -- if tormenting animals for entertainment is accepted in 1600 but largely rejected in 1900 -- then the moral theory that corresponds to this system of judgments and principles will be different as well.

Organized religions have advocated for fairly specific "codes of conduct" for practitioners (followers, or even all human beings). Religious codes of conduct are usually based on authority rather than philosophical argument -- authority of the Koran or the Bible, authority of the founders, or authority of specialists who speak for the divine beings. But assuming a naturalistic view of the world, it is clear that the religious codes of a time are somehow an expression of the ambient moral attitudes of the time, perhaps with innovations introduced by charismatic teachers and leaders. Religious moral prescriptions rest upon the practical sets of social and interpersonal norms that exist in the communities in which these groups and bodies of doctrine emerged.

There is also an evolutionary question to be posed. What is it about the evolutionary history of primates and human beings that has led to the evolution of a central nervous system that is capable of normative behavior? Is there an evolutionary dimension to the moral emotions (or the underlying cognitive capacities that permit the embodiment of moral emotions)? Is an inclination to fairness or kindness "in our genes" in some way? This is a question that philosophers and psychologists have undertaken to investigate. Allan Gibbard's analysis in Wise Choices, Apt Feelings is especially nuanced, and serves well as a rebuttal to crude forms of sociobiology (the idea that human behavioral characteristics are hard-wired as a result of our evolutionary history). (I discuss these issues in a 2010 post on the moral sentiments (link).) Significantly, Gibbard's view leaves a great deal of room for "plasticity" in the moral emotions and the normative systems that are embodied in concrete social traditions and groups. So biology does not entail a particular moral system.

All of this means that we need to consider the question of "moral thinking and choice" in a historically and empirically specific way. We need to investigate the moral psychology or culture of moral attitudes that exist at a time and place. Plainly human beings do in fact have a capacity to act normatively -- to make choices based on their moral emotions, moral perceptions, and moral reasons with regard to a situation. What are the particulars of this embodied set of psychologically real perceptions, motivations, and actions? What are the specifics of the normative "grammar" of a particular time and place? How do individual human beings acquire the moral competence that guides the moral perceptions and choices he or she is inclined to make in particular human circumstances? And how do these embodied complexes of moral competence change over time?

Two questions are evident when we reach this point. First, how is the moral psychology of a particular epoch created? What features of history, circumstance, and culture led to "village mentality" of medieval France? For example, what are the important influences that lead individuals in a time and place to pity animals, favor telling the truth, and want to take care of their children? And how much variation is there within a given cultural community, at a given time, in both the content and intensity of these features of moral psychology?

The second question is even more important. Are there processes through which the moral psychology of a time, the moral consensus, changes and -- perhaps -- improves? Is there a moment between generations when "sympathy for one's kin" becomes more generalized and becomes "sympathy for one's neighbors", and eventually "sympathy for distant human beings"? Is it possible for a human population to "bootstrap" its way to a more benevolent and just way of living, through gradual change in the moral attitudes of individuals?

As a thought experiment, we might imagine a survey of practical moral questions that could be used to map the moral consciousness of human populations at various times and places -- a survey of all of humanity, extending from Homeric peasants to men and women in India, China, Europe, Africa, and the Americas, over a 3,000-year period of time. (Think of it as an episode of The Good Place, but drawn from a long historical stretch of time. Lots of funding will be needed for the time-travel part of the research.) Here is a sample set of questions that might serve as a diagnostic tool for probing a moral worldview in a historical setting:

Of course this is just a thought experiment, though historians and anthropologists may be able to make some provisional guesses about how different social groups would have answered these questions. And even in the narrow cross-section of cultures that are alive and well in different places in the world today, it would seem likely that there are important differences across communities in the answers that are given to these questions.
Another way of probing the moral worlds of people in other cultures and times is through literature. Literature almost always revolves around the actions and motives of individuals in social groups -- friendships, families, villages, armies, social classes, or nations. And often the drama of a novel or play derives from the author's efforts at probing the reasoning and motivations of the various protagonists. So we might speculate that it is possible to triangulate to a "Shakespearean" ethical code, a "Tolstoyan" ethical code, or a "Flaubertian" ethical code -- working backwards from the bad behavior of some of the actors and the admired behavior of others. Martha Nussbaum often emphasizes the moral insights made possible through literature (e.g., Love's Knowledge: Essays on Philosophy and Literature). This too would be a very interesting exercise: what is the ordinary, day-to-day code of moral behavior that is presupposed in War and Peace?
All of this suggests a fairly high degree of plasticity in the moral frameworks and mentalities of people in different traditions and cultures.
But now, the crucial question: what kinds of effort and what kinds of lived experience might have the effect of improving the moral culture of a civilization in the making? Is it possible for humanity to become morally better over time? Can human communities learn from their mistakes?
There seem to be at least two levers that might allow for moral learning. The first is an extension of empathy and compassion beyond its current borders. The moral intuitions of a community may change when individuals are brought to recognize in greater fullness the lived experience and capacities for happiness and suffering in other human beings; individuals may broaden their compassion for more distant strangers. And the second is the moral experience of fairness and cooperation as a crucial element of social life. No one wants to be treated unfairly; everyone wants a level of reciprocity from others. And social relations work best when there is a reasonably high level of confidence in the fairness of the institutions and behavior that prevails. Is slavery morally unacceptable? We might hope that a culture comes to see the misery and pain of the enslaved, and the fundamental unfairness of the master-slave relationship. "If our positions were reversed, I would fundamentally reject being enslaved; this gives me a reason to reject this system even when it advantages me." This is the perspective of reciprocity (link).
This is the conclusion I wanted to reach in connection with the atrocities of the twentieth century: the possibility that a deepening of our culture's understanding of the wrongs that occurred, the human suffering that was created, and the steps of social and political change that led to these outcomes, can lead as well to a meaningful change in our moral culture and behavior. By recognizing more fully the horror of the shooting pits, perhaps our political morality will change for the better, and we will have a heightened practical and moral resistance to the politicians and movements that led to murderous totalitarian dictatorships.
(Moral Psychology, The Evolution of Morality: Adaptations and Innateness, Vol. 1, edited by Walter Sinnott-Armstrong, provides extensive and stimulating discussions of naturalism as a setting for understanding human moral reasoning and action. Richmond Campbell's article on Moral Epistemology in the Stanford Encyclopedia of Philosophy is an excellent review of the question of the status of moral beliefs; link.)
Posted by Dan Little at 5:56 PM