The growing risk of authoritarian rule in the US 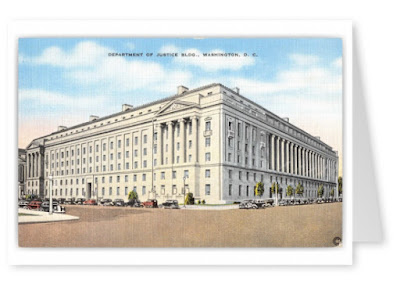 Thomas Edsell's piece in the August 3, 2022 New York Times offers a truly chilling view of the plans currently underway by Donald Trump and his supporters for creating an authoritarian one-party state in the United States (link). Edsell draws primarily from Trump's own words at the America First Policy Institute in late July 2022.

As he contemplates a third straight run for the presidency, Donald Trump has a multimillion-dollar political machine and a network of tax-exempt advocacy groups at his disposal. He also has a plan. The plan is to wrest control of the federal government from what he sees as a policy apparatus dominated by “radical left-wing Democrats.”

Key to this plan is the goal of transforming Civil Service law to permit the appointment of Trump loyalists at every level of the Federal government:

The architects of one of the most radical of Trump’s proposals have described it as “the constitutional option.” It would provide for the wholesale politicization of the elite levels of the civil service through the creation of a new “Schedule F” classification, allowing the president to hire and fire at will thousands of government employees “in positions of a confidential, policy-determining, policymaking, or policy-advocating character.”

Quoting from an extensive piece in Axios by Jonathan Swan (link), Edsell describes an extensive plan for transforming government power in a way that is genuinely fascist:

Swan described the creation of the Schedule F classification, which would eliminate civil service protection for top-level government workers as “the centerpiece” of Trump’s plans for his second term in the White House, writing that “sources close to the former president said that he will — as a matter of top priority — go after the national security apparatus, ‘clean house’ in the intelligence community and the State Department, target the ‘woke generals’ at the Defense Department, and remove the top layers of the Justice Department and F.B.I.”

This is a genuinely chilling piece of analysis by Edsell, because it describes a very methodical and well-funded process for transforming the independence of key agencies (like the Department of Justice) into an integrated and subordinate arm of the supreme leader, the president. That is a political design very familiar to Mussolini, Hitler, and Stalin.

So what are the options available to citizens who love their freedoms and their democracy -- for themselves, their children, and their fellow citizens?

Lynette Ong's The Street and the Ballot Box: Interactions Between Social Movements and Electoral Politics in Authoritarian Contexts is a very welcome contribution to the problem we all face. The title encapsulates the content of the book. Ong draws upon the literatures of contentious politics, social movements, and electoral politics, on the one hand, and the experience of several countries in which authoritarian rulers have usurped democratic norms and institutions, on the other. The problem she poses is an inherently difficult one: how can a widely extended and often divided population effectively marshal strength for opposing dictatorial and violent rulers? She argues, on both theoretical and historical grounds, that social movements (informal) and electoral politics (formal) interact much more extensively than most observers think. And she underlines that concerted protest through the mechanisms of social movements do in fact have the capacity to topple dictators:

By parsing the causal mechanisms through which “stolen elections” lead to mass uprisings and the toppling of autocratic rulers, I argue that movement–election interactions are critical to understanding regime change in authoritarian contexts. A fraudulent election is a political opportunity that produces powerful emotions of moral outrage that spurs people to take to the streets, and changes their cost–benefit calculation of protest participation in high-risk authoritarian settings. Once it reaches a critical scale, mass uprisings may change the elites’ calculations, prompting some close allies of the rulers to defect, which in turn precipitates regime downfall. I survey a range of country cases across Eastern Europe and Southeast Asia to analyze how different conditions produce successful and unsuccessful revolutionary outcomes. These conditions include widespread regime grievances, availability of mobilizing structures, the movement‘s critical mass, strategic choice of violent versus nonviolent resistance, elite defection, and Western intervention. (2)

(It is of course ironic that in the same month that Ong's book was published, the far right used wholly fictitious claims of "stolen elections" to stimulate mass collective action against the legally elected new president, Joe Biden.)

There is a great deal of theory conveyed in this short paragraph. First, it raises the question of mass mobilization: what does it take to motivate large numbers of people to come out into the street to protest an authoritarian seizure of power? She refers to "emotions of moral outrage". She also refers to a follow-on mechanism: the discouragement of some elite supporters of the dictator. (A question worth asking in the current moment is whether either factor is present in Russia today with respect to Putin's atrocious war against Ukraine. The factor of moral outrage in the public seems to be largely absent; whereas a degree of elite defection seems to have occurred.)

Finally, Ong provides a list of prominent causal factors that influence the outcome of struggle between protesters and rulers: the depth of grievances against the regime, the presence of "mobilizing structures" (labor organizations, religious authorities, newspapers, ...); the concept of critical mass (if enough people show up in the streets, this encourages others, leading to a positive feedback loop and greater mobilization over time); the question of the choice of violence or nonviolent resistance (a key choice for Solidarity leaders and activists in Poland in 1980, who wisely chose nonviolence); elite defection; and (in the cases she considers) the possibility of external intervention. (It is dubious whether the Royal Canadian Mounted Police will come to the assistance of protesters in the United States.) To this list one might add the cultural and ideational factors that Doug McAdam and other scholars of contentious politics have come to give more attention to -- e.g. the strength of conviction that a harmonious democracy is worth fighting for. Elsewhere in the book she emphasizes the critical role of coalitions in opposition -- bringing together different organizations and constituencies that can be brought to see that they have an important shared interest in defeating the authoritarian ruler.

What is particularly evocative about Ong's treatment is her focus on these issues of protest against government in the context of authoritarian political environments. Her account proceeds through careful analysis of several important case studies, most extensively the case of Malaysia, but also the Philippines and the "color revolutions" of eastern Europe (Serbia, Ukraine, Georgia). (Ong frequently uses the term "revolution", but most often it is "regime change" rather than social revolution that she describes.)

Ong's central view is that "broad-based social movements" have the capacity to force regime-change against authoritarian rulers.

What qualifies as a broad-based movement? It is one that advocates for a cause shared across large swaths of society and identified by elites and nonelites alike. Such movement rallies are capable of mobilizing society beyond what NGOs and other typical mobilizing structures are able to do.... A cohesive coalition unites opposition parties to compete under the same banner, instead of against each other, and sustains the alliance after it has won power. (24, 26)

So here is the critical question: does the United States have the potential for creating a broad-based social movement to resist right-wing authoritarian seizure of power? Can we build effective coalitions that can agree about that goal -- even if other goals remain separate? We have seen a few national protest movements in the past ten years -- Black Lives Matter protests, protests to protect reproductive rights, and even Occupy Wall Street protests. But none of these protest movements has so far reached the "critical mass" stage, and none have proven to be sufficiently durable to present serious pressure against an authoritarian regime. Can we do better?

(Another invaluable resource for thinking about how to stand up to a fascist seizure of power in the United States is the edited volume by David Meyer and Sidney Tarrow, The Resistance: The Dawn of the Anti-Trump Opposition Movement. The book was published in 2018, and regrettably, today's situation is even worse than the various authors imagined. This volume will be discussed in a later post.)

If someone had stood up to Trump during his rise, he would have been delegitimized. The Republicans act criminally while doing so on the cloak of legitimacy. Mass movements are insufficient; leaders such as a Dr. King or if he's to your taste Churchill or Mandela must rise up to make the delegitimization personal and to strike up a counternarrative and center of gravity.
It is unfortunate that the dominant figure today is Trump, who is a heckler any decent Borscht Belt comic could ridicule out of the club