Is there such a thing as human nature? 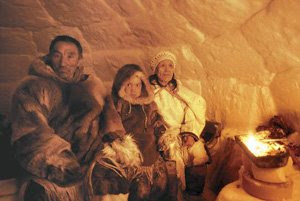 People often make claims about "human nature." For example -- "It is a part of human nature to be egoistic." "Human beings are naturally acquisitive." "Cooperation is a natural human instinct." "Human nature defines the way we learn language." "Violence is natural."
What would human nature look like? To start with a preliminary definition, we might say that human nature is a relatively fixed set of characteristics of psychology, motivation, and cognition that are not the product of learning. Or, at a slightly greater remove from behavior, we might include innate capacities that can be triggered by appropriate experiences, but may also remain latent if those experiences are not encountered. (This is roughly the way that Noam Chomsky thinks about language competence in Aspects of the Theory of Syntax

.)
When people have identified some psychological characteristics as being part of human nature, they usually have had one of three things in mind. First, thinkers have sometimes held that there are "innate ideas" -- beliefs and concepts that are hard-wired and are not learned through experience. For example, Kant holds that the ideas of space, time, and causality are a necessary part of any intelligent being's mental equipment. Second, thinkers have sometimes postulated that there are certain visceral emotions that come with the normal human equipment -- for example, fear of loud noises, love of infants, or empathy. And third, people sometimes assert that there are some fundamental dispositions to behavior that are a part of "human nature" -- for example, being self-interested, being amenable to the appeal of fairness, being monogomous or its opposites.
The logical contrary to the idea that there is a human nature, is the idea that human beings are simply general-purpose "learning machines," equipped with a pretty impressive inference engine and neurophysiological computer; so all our beliefs, emotions, and dispositions to behavior are learned through experience. (Even on this approach there is something "fixed" in the human apparatus -- the set of computational processes through which learning occurs. But everything else is variable and dependent upon the environment in which learning takes place.)
This is the "tabula rasa" theory -- the idea that the mind is a blank slate upon which experience inscribes specific knowledge and dispositions to behavior. On this approach, the mind consists of an extended inductive logic engine (permitting the acquisition of beliefs about the world); a "culture-acquisition device" (permitting the absorption of linguistic and normative practices from the surrounding community); and a "scenarios and actions" guidebook assembly kit (permitting the construction of a growing list of commands along the lines of "when such-and-so happens, do thus-and-so"). Altogether this being has the ability to gather empirical and causal beliefs, gain language and values, and acquire a set of guidelines about how to behave. And, according to the tabula rasa theory, the content of each of these attainments is governed only by the feedback of experience. Supply a different environment, and you get different knowledge, values, and behavior.
It is evident that much of an adult's mental makeup is the result of his/her history and the enveloping culture within which the individual has developed. Learning is a fundamental aspect of human life, and it occurs at virtually every level; modes of reasoning, self-control, willingness to cooperate with others, and definition of the appropriate distance of separation between two people in a conversation are all human performances that are culturally and individually variable. They are the outcome of social learning. Further, human culture fundamentally influences human behavior -- and culture is only transmitted through lived experience.
The question of human nature is whether there are any dispositions or behavioral outcomes that are largely independent from these learning and developmental processes. Are there any social behaviors, emotions, or impulses that are an innate part of the human mental system? The sociobiologists have offered one line of analysis on this question. They note that the human mental system -- cognition, emotions, and the control of behavior -- is embodied in an organ that is itself subject to natural selection and evolution, the central nervous system. So it seems logical to expect that this system will have acquired some socially specific characteristics through the evolution of hominids and modern human beings. Edward O. Wilson took a controversial stab at the question in On Human Nature

. And Richard Dawkins tried to get a handle on the evolutionary biology of cooperation in The Selfish Gene

. Each book has proven controversial over the decades since publication -- largely on grounds of the complaint that they are somewhat reductionist in their disregard of the causal importance of culture in the behaviors they describe. (See, for example, Marshall Sahlins, The Use and Abuse of Biology: An Anthropological Critique of Sociobiology

.)
But surely the foundation of the approach is a valid one: the human brain has been shaped through natural selection; skill in social relationships is relevant to reproductive success; so it is logical to expect that there has been specialized brain development around the challenges of social interaction. Allan Gibbard's Wise Choices, Apt Feelings: A Theory of Normative Judgment

explores these ideas in some detail and in a way that is exempt from the accusation of reductionism.
The strongest case for mental features that might be part of human nature concerns what might be referred to as the social emotions and the foundations of social cognition. The social emotions might include a disposition towards reciprocity, an innate responsiveness towards infants, and a deep grounding of empathy for the suffering of other human beings. It is not difficult to put together an analysis that would show that these psychological traits might have differential reproductive advantage for the individuals who carry these traits. And the foundations of social cognition also seem to qualify as candidates for features of human nature as well: the ability to recognize and remember faces, the ability to "read" emotions and mental states in the speech and behavior of others, and the ability to quickly apprehend a social setting, for example. Here too there seem to be the makings of a selection-based explanation of the proliferation of these traits through a population; these cognitive abilities surely confer some reproductive benefits on the individuals who possess them. Another example of a mental trait that might be an enduring component of human nature is the ability to plan future actions, considering alternatives and choosing a series of actions that brings about the future outcome that the individual has selected. The cognitive abilities that underlie planning would appear to confer substantial evolutionary advantage.
What seems not to be justified is any form of simplistic "social Darwinism", leading to the assumptions of narrow self-interest as a component of permanent human nature. Here the error is an over-quick inference from the proposition that "evolution favors organisms that out-reproduce their fellows at a given time" to the conclusion that "organisms that maximize local self-interest will out-reproduce their fellows." This inference is unjustified, since we can readily describe models of populations in which reciprocity and altruism out-reproduce egoism and narrow self-interest.
Posted by Dan Little at 12:06 PM

I hope three years isn't too long a time to leave a comment after an article is published.

I have the impression that you're advocating the view that self-interest is not an innate human characteristic. However, if humans are essentially animals, though arguably especially intelligent ones, would we not share the same trait of self-interest which is evident in most, if not all, wild animals?

And yet how then would one explain the countless examples of animal altruism in nature? The speculative selfish gene?