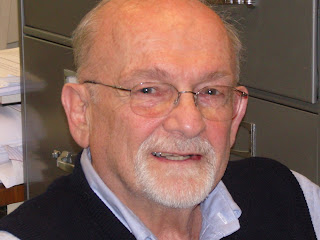 This week I completed an interview and discussion with Mayer Zald in the department of sociology at the University of Michigan. (The interview is part of an ongoing project of mine and is posted on my webpage and on YouTube.) Mayer's career has been a long and productive one -- his first publication was over fifty years ago, and his ideas have shaped quite a bit of the discussion in the past several decades in the fields of social movements and the sociology of organizations. Mayer did his Ph.D. in sociology at the University of Michigan in 1961, and has taught at Michigan and Vanderbilt during a long and distinguished career. Mayer was very much influenced by some of the ideas and approaches of the Chicago school of sociology, and these influences persist in his thinking today. As he puts it in the interview, "I was trained as a social psychologist, and George Herbert Mead and Charles Horton Cooley were the founding fathers for American social psychology."

Mayer surprised me at the beginning of the interview by defining social phenomena in terms of "signifying" and communicating -- rather than in terms of rationality, purposive behavior, and collective action. Given how important collective action and social movements have been in Mayer's research, I had expected that strategic behavior and purposive choice would be the organizing concept, but it wasn't. (He pointed out that rational choice theory doesn't have a lot of credibility in sociology, though there is a difference between the formalisms of rational choice theory and the more general concept of social action as guided by purposive, intentional agents.)

Like all creative thinkers -- in the social sciences and in other fields as well -- Mayer continues to think freshly about the puzzles and processes that the social world confronts us with. He continues to wonder whether there are new approaches that might be taken to shed more light on the sociological processes that we observe. For example, Mayer has paid a lot of attention in the past several years to the question of how the methods and approaches of the humanities might be valuable in sociological research.

Mayer also has a very reflective perception of the way in which sociology has developed over the past fifty years, and the ways in which the sub-disciplines have proliferated. And he has taken a fresh look at the question of what counts as "progress" or cumulativeness in the social sciences.

What I find fascinating and valuable about doing these interviews is the insight that comes from talking with a smart, innovative and experienced researcher with a long view of the social science disciplines. Somehow this level of discussion seems very different from reading the scholar's published work. It is possible to probe into issues that don't necessarily come into central focus in the published work, and it is possible to watch the gifted scholar's mind at work. And it is possible to get past the big headlines of the person's work and dig more deeply into the intellectual challenge of understanding society.
Posted by Dan Little at 11:27 AM