What are some ways in which the community of social science researchers can arrive at useful innovations in theory and method in order to do a better job of understanding society? This is a central topic in the conversation I had with David Featherman this week at the University of Michigan. David is professor of sociology at Michigan and the founding director of the Center for Research and Solutions for Society (CARSS). David has been a national leader in the develop 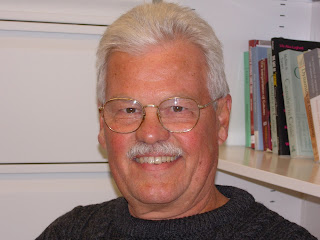 ment of the social sciences as a previous president of the Social Science Research Council and as a former director of Michigan's Institute for Social Research. CARSS is a genuinely original collaborative effort at stimulating new thinking in the social sciences, and the interview gives a good exposure to some of the thinking that gave rise to the center. (The interview is posted on YouTube and iTunes.) The goal of CARSS is to serve as an incubation place for collaborative research aimed at contributing to solutions to some large social problems -- for example, more effective K-12 education, sustainable transportation systems, and responses to pandemic diseases. In each case there is a prominent role that is played by complex human behavior in the unfolding of the issue, and the solutions that policy makers attempt to design need to be well informed by the best thinking about how behavior is motivated and influenced.

Two threads in the conversation were particularly significant for me. First was David's emphasis that CARSS projects are interdisciplinary and usually involve practitioners as well as academic scientists. We discussed the forms of knowledge that experienced practitioners bring to a discussion of a complex social problem -- in the genre of expert local knowledge -- and some of the intellectual challenges involved in trying to integrate theoretical and local knowledge into a solution. And we talked about the challenges associated with bringing widely separated forms of academic research into a single conversation -- engineers, lawyers, and sociologists attempting to understand the transportation systems of the future, for example.

A second important thread was the idea of engagement of the social sciences with social issues and problems. This was very much the case with the Chicago school of sociology in the 1920s through 1940s. But David makes the point early in the conversation that the social sciences made a turn in the 1960s towards greater disciplinary narrowness and a sharper separation between theory and practice. The social sciences became more narrowly confined to the academy and its disciplinary institutions.

But David and I agreed that two things were true: that the sciences ought to be shaping their disciplines and research programs with an eye to helping to solve some of society's problems -- for the good of society; but more deeply, that perhaps the quality of the science itself would increase as a result of this engagement. These are important ideas that we need to talk about as we consider the directions the social sciences should take in the coming decades.
Posted by Dan Little at 10:12 AM