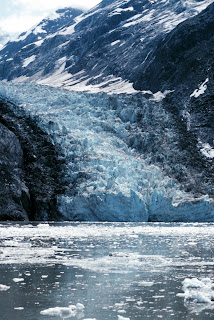 Think of some of the gradual processes of change that have important effects on human society: soil erosion, water pollution, loss of jobs, inflation, diffusion of innovation, a firm's decline in market share, and a nation's decline of naval power, to name a heterogeneous list. And think about the very different time scales associated with large processes of change, from days to months to years to decades and centuries. Think finally of the ability and readiness of human communities and leaders to recognize and address these processes of change through policy and change of behavior.

We like to imagine that organizations and states have at least an imperfect ability to perceive threats to important interests and to design appropriate actions that may reduce threats or ameliorate consequences. (Likewise, of course, for opportunities.) "Nimble" organizations are able to perceive threats or opportunities and take corrective actions to avoid harms or achieve gains, while other organizations simply lumber on towards ever-deeper problems. Does the scale over which a change unfolds make a difference in the ability of an organization to respond? It does, at both ends of the spectrum.

Changes that take place extremely slowly present special challenges for human societies. Examples include soil exhaustion, water pollution, and silting of waterways. First, there is the problem of visibility -- it may be difficult for individuals to recognize the small differences that accrue over a period of several years. Individual policy makers and office holders may simply not see enough of the process of change during their time of service to allow them to perceive the change and its likely consequences. Second is the problem of the perceived lack of urgency -- since the process is so slow, there may be an inclination to disregard it as unimportant. And third is the chronic problem of inter-generational planning -- the fact that longterm consequences will primarily only affect other people, not the current generation. Global climate change appears to fall in this category. The signs of harmful change were masked to some degree within the noise of random variation in climate and weather; the consequences are several generations in the future; and many states, including especially the United States, have found it difficult to come to grips with the scientific realities and design policies that ameliorate the negative consequences. (An interesting example of long, slow processes and social response is that of water control, silting, and flooding in Imperial China. This situation is discussed in an earlier posting.) So long, slow processes are difficult for a society, firm, or government to address effectively and prudently.

But almost as disabling to effective policy reaction are changes that occur very rapidly. Some processes of change move more quickly than the "reaction time" of the state or other policy-making bodies -- with the result that policy responses are designed for the situation at time T but are already out of date when time T+1 comes along. (This may be the case with the current financial crisis.) The familiar metaphor of "guiding an aircraft carrier through a narrow twisting strait" works pretty well here; the reaction time of the ship is longer than the interval between bends in the waterway, so it is all but impossible to steer the ship successfully. The fiscal crisis of Louis XIV may fall in this category; financial and social institutions were unraveling in 1787-89 more rapidly than state officials and political advisers could successfully react. So here again, the time scale of a process of change makes an important historical difference; very long and very short scales make it substantially more difficult for human and social agents to ameliorate harmful processes.

There is one other complication created by the tempo and scale of historical processes: the possibility of a damaging "harmonious vibration" of social processes. If there is a business cycle of eight years and a grain production cycle of five years, then every forty years the troughs of the two cycles will coincide -- with more harmful consequences than created by either cycle separately. (It was this kind of unanticipated harmonious vibration that brought down the Tacoma Narrows Bridge in 1940.) In this case it is the intersection of two tempos of change that creates the possibility of more severe social crisis and important historical consequences.

raises some of the challenging research questions that are raised by the time scale of an historical process. He provides a very useful taxonomy of events in terms of "time horizon of cause" and "time horizon of outcome". This creates four categories of events around "long" and "short"; illustrations of each category include tornado (short-short), earthquake (long-short), meteorite (short-long), and global warming (long-long). And he points out that much research in the social sciences focuses on examples from the "short-short" category -- events with discrete causes and time-limited effects. The issue of time scale is also invoked in the history of the longue durée, including particularly writings by Fernand Braudel and Emmanuel Le Roy Ladurie, where the historians of the Annales school paid particular attention to the long, slow changes in structures that influenced European history.
Posted by Dan Little at 2:03 PM

I am reminded of Peter Senge, the author of The Fifth Discipline and one of the founders of the Learning Organization movement. In his book he identifies seven learning disabilities:

1. I am my position — When asked what they do for a living,most people describe the tasks they perform every day, not the purpose of the greater enterprise in which they take part.

2. The enemy is out there — There is in each of us a propensity to find someone or something outside ourselves to blame when things go wrong.

3. The illusion of taking charge — The belief that we should face up to difficult problems, stop waiting for someone else to do something, and solve problems before they grow into crisis, which can make us reactive instead of strategic in our response.

4. Fixation on events — We are conditioned to see life as a series of events, and for every event, we think there is one obvious cause.

5. The parable of the boiled frog — Not paying attention to slow changes until they kill you.

7. The myth of the management team — All too often teams spend more time protecting turf and maintaining the appearance of cooperation than actually cooperating.

Senge suggests that, taken together, these tendencies account for much business behavior (I would say human history).