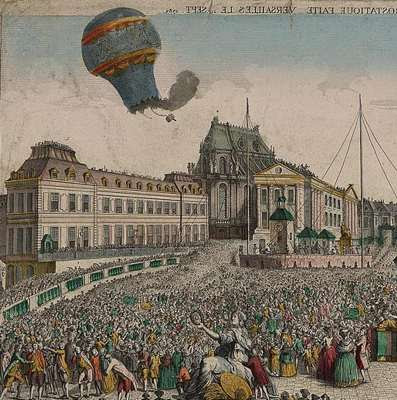 (1989). Schama is a highly original thinker when it comes to conceptualizing history -- witness his motif of landscapes as a way of thematizing swatches of European history (Landscape And Memory

), or his crossing of history and fiction in Dead Certainties: Unwarranted Speculations

. So what is distinctive about his history of the French Revolution?

To begin, his history breaks radically from earlier approaches to the Revolution. Schama distances his account from both materialist accounts like that of Albert Soboul (The French Revolution 1787-1799

). Schama doubts the reality of large, impersonal historical forces; he doubts the historical reality of the concept of great classes in society; and he focuses instead on the thoughts and actions, often barely rational, of the individuals great and small who contributed to the period. He puts several of these points very clearly in the introduction:

The ‘bourgeoisie’ said in the classic Marxist accounts to have been the authors and beneficiaries of the event have become social zombies, the product of historiographical obsessions rather than historical realities…. Continuities seem as marked as discontinuities. Nor does the Revolution seem any longer to conform to a grand historical design, preordained by inexorable forces of social change. Instead it seems a thing of contingencies and unforeseen consequences (not least the summoning of the Estates-General itself). (xiv)

Schama resists the totalizing impulses of other narratives, the intellectual tendency to characterize the Revolution in the most general and comprehensive terms. For Schama, the grand locales (France, Paris, and the countryside) and great actors (monarchy, bourgeoisie, peasantry) are less important than the “local passion and interests” of the regions, provinces, and villages. The upshot of this preference is clear: rather than aggregating the events of the period into a single grand process of Revolution, Schama emphasizes the separateness and particularity of the component processes and local realities. In the extreme: France did not have a revolution, but instead the territory encompassed a number of parallel social and economic processes in different places, experienced differently by individuals in those places. (But of course this strategy of disaggregation can be applied at each lower level as well: instead of a "counter-revolution" in the Vendée, there were actions, church-burnings, massacres, and other kinds of organized violence in the various villages and towns of the region.)

It is also worth pointing out that the sorts of events that Schama pays attention in the book to are very different from those highlighted by Soboul and de Tocqueville. Schama focuses on things like commemorations, ceremonial elephants, public memories, and bits of architecture. It is the particular but revealing element or action that Schama finds most interesting. He pays attention to philosophy, theatre, the Comédie-Française, paintings, leaders (potted and sane), and extravagant events (the lofting of a balloon by Etienne Montgolfier to a crowd of 100,000 comes in for a few paragraphs). And he is uninterested in constructing a logical narrative according to which events A, B, and C are constitutive of the Revolution, and this event led to that event, which led in turn to the final event.

So Schama’s ontology consists of actors, cultural meanings, shifting circumstances, and contingent outcomes. He gives little attention to “structures,” organizations, and forces of history, and pays much more attention to the individuals whose states of mind and action constituted the period of violence and upheaval we refer to as the “French Revolution.” It is a sort of cultural commentary on the moments of the time period – rather than a sustained effort to make sense of it all, to provide an explanation in terms of causes, classes, or structures. In fact, the Revolution as an integrated event largely disappears from his account, in place of a congeries of happenings and productions.

The overall impression of this approach to historical analysis is that it amounts to a "deconstruction" of the Revolution in favor of a large number of interesting and contingent but inherently lesser processes and events. Schama dissolves the Revolution as a grand historical event, and uses the noun simply as a handy label in terms of which to refer to a heterogeneous and sometimes disparate and confusing series of processes.

It is a fair question to ask, what precisely does Schama's account allow us to do? What intellectual insights does the reader gain? What kind of historical question is it intended to answer?

Citizens certainly doesn't amount to an explanation of the events of the French Revolution, if by that we mean a narrative that identifies specific causes that brought about the outcome. In fact, it is hard to find examples of causal reasoning or causal attribution in the book at all. So causal explanation, based on discovery of large social structures and forces, is not the goal of the book.

Further, it doesn't seem to try to answer a question about the coherence of the period: "How did these events hang together?", since quite a bit of the narrative is intended to demonstrate precisely how incongruous were many of the various events, symbols, and actions. So the book isn't intended to let the reader say to himself or herself, "So that's what it was all about; that's the kind of thing the French Revolution was." The book certainly doesn't attempt to boil the Revolution down to a few simple formulas.

Somewhat more persuasive is the idea that perhaps it is intended as a work of cultural interpretation, more analogous to art criticism than to orderly, logical story-telling. Here the historian undertakes to locate a few specific moments and artifacts that bring to light some of the features of mentality of the participants within the tangled skein of actions. (This would bring it into a parallel with Darnton's history of the Great Cat Massacre -- interpretive ethnography of the moment rather than causal explanation of a large historical event (link).)

But finally, maybe the aim is more radical than any of these possibilities. Maybe Schama is interested most fundamentally in leading the reader to think very differently about the task of the historian and the content of historical knowledge. (This seems to be the goal of others of Schama's books -- for example, Dead Certainties with its pointed skepticism about fact-based narratives.) Maybe Schama's most basic point is ontological: there is no such thing as coherent, logical, orderly, causally structured human history. Instead, all there is, is a congregation of separate threads, processes, contingencies, actions, choices, ideologies, and freakish accidents that ultimately do not add up to a coherent whole.
Posted by Dan Little at 10:43 PM

Excellent post. I love Schama's writings as well as his recent television projects.

While Citizens could be reduced simply to the maxim "All politics are local," I feel Schama also approaches a fundamental problem: how is history to deal with the dynamic nature of human action? People don't just react. They react and then reassess as other react around them. There are an almost infinite number of feedback loops going on in society, and people somehow decide what to pay attention to and then react continuously. The historical profession and its methods are far too static to deal with such dynamism.

cljo -- Good observation. It also pertains to the next posting on MacIntyre and Taylor: interpreting action means interpreting intentions and perceptions, and these shift in reaction to other people's activities.

What it questions is the feasibility of historical explanation, which, as I suggest, is questioned by Schama's historical writings in any case. But surely there is a place in historical cognition for a treatment of standing conditions, existing social structures, and enduring systems of social relations -- to which dynamic human agents react, to be sure.