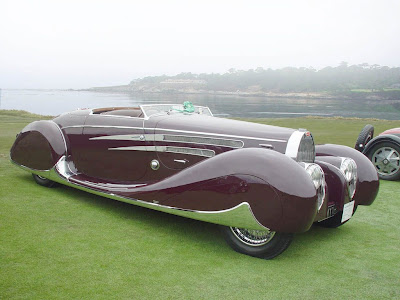 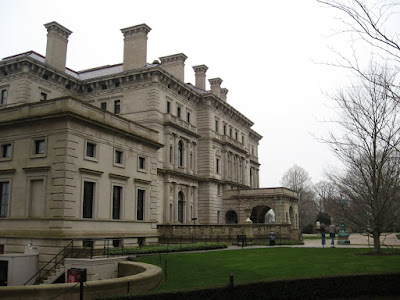 When we talk about inequality in the United States, we usually have a couple of different things in mind. We think immediately of income inequality. Inequalities of important life outcomes come to mind (health, housing, education), and, of course, we think of the inequalities of opportunity that are created by a group's social location (race, urban poverty, gender). But a fundamental form of inequality in our society is a factor that influences each of these: inequalities of wealth across social groups. Wealth refers to the ownership of property, tangible and intangible: for example, real estate, stocks and bonds, savings accounts, businesses, factories, mines, forests, and natural resources. Two facts are particularly important when it comes to wealth: first, that wealth is in general very unevenly distributed in the United States, and second, that there are very striking inequalities when we look at the average wealth of major social groups.

Edward Wolff has written quite a bit about the facts and causes of wealth inequality in the United States. A recent book, Top Heavy: The Increasing Inequality of Wealth in America and What Can Be Done About It, Second Edition

, is particularly timely; also of interest is Assets for the Poor: The Benefits of Spreading Asset Ownership.

The gap between haves and have-nots is greater now--at the start of the twenty-first century--than at anytime since 1929. The sharp increase in inequality since the late 1970s has made wealth distribution in the United States more unequal than it is in what used to be perceived as the class-ridden societies of northwestern Europe. ... The number of households worth $1,000,000 or more grew by almost 60 percent; the number worth $10,000,000 or more almost quadrupled. (2-3)

The international comparison of wealth inequality is particularly interesting. Wolff provides a chart of the share of marketable wealth held by the top percentile in the UK, Sweden, and the US, from 1920 to 1992. The graph is striking. Sweden starts off in 1920 with 40% of wealth in the hands of the top one percent, and falls fairly steadily to just under 20% in 1992. UK starts at a staggering 60% (!) in the hands of the top 1 percent in 1920, and again, falls steadily to a 1992 level of just over 20%. The US shows a different pattern. It starts at 35% in 1920 (lowest of all three countries); then rises and falls slowly around the 30% level. The US then begins a downward trend in the mid-1960s, falling to a low of 20% in the 1970s; and then, during the Reagan years and following, the percent of wealth rises to roughly 35%. So we are roughly back to where we were in 1920 when it comes to wealth inequalities in the United States, by this measure.

Why does this kind of inequality matter? Partly because significant inequalities of wealth have important implications for such things as the relative political power of various groups; the opportunities that groups have within and across generations; and the relative security that various individuals and groups have when faced with economic adversity. People who own little or nothing have little to fall back on when they lose a job, face a serious illness, or move into retirement. People who have a lot of wealth, by contrast, are able to exercise a disproportionate amount of political influence; they are able to ensure that their children are well educated and well prepared for careers; and they have substantial buffers when times are hard.

Wolff offers a good summary of the empirical data about wealth inequalities in the United States. But we'd also like to know something about the mechanisms through which this concentration of wealth occurs. Several mechanisms come readily to mind. People who have wealth have an advantage in gathering the information necessary to increase their wealth; they have networks of other wealth holders who can improve their access to opportunities for wealth acquisition; they have advantages in gaining advanced professional and graduate training that increase their likelihood of assuming high positions in wealth-creating enterprises; and they can afford to include high-risk, high-gain strategies in their investment portfolios. So there is a fairly obvious sense in which wealth begets wealth.

But part of this system of inequality of wealth ownership in the United States has to do with something else: the workings of race. The National Urban League publishes an annual report on "The State of Black America." One of the measures that it tracks is the "wealth gap" -- the differential in home ownership between black and white adults. This gap continues to persist, and many leaders in the effort towards achieving equality of opportunity across racial groups point to this structural inequality as a key factor. Here is a very good study on home ownership trends for black and white adults done by George Masnick at the Joint Center for Housing Studies at Harvard (2001). The gap in the 1990s fluctuated around 28% -- so, for example, in 1988-1998 about 52% of blacks between 45 and 54 were home owners, whereas about 80% of non-Hispanic whites in this age group were homeowners (figure 5). Historical practices of mortgage discrimination against specific neighborhoods influence home ownership rates, as do other business practices associated with the workings of residential segregation. Some of these mechanisms are illustrated in Kevin Kruse and Thomas Sugrue's The New Suburban History

, and Kevin Boyle's Arc of Justice: A Saga of Race, Civil Rights, and Murder in the Jazz Age

provides an absorbing account of how challenging "home ownership" was for professional black families in Detroit in the 1920s.

So what are the remedies for the very high level of wealth inequality that is found in the United States? Wolff focuses on tax remedies, and certainly these need to be a part of the story. But remedying the social obstacles that exist for disadvantaged families to gain property -- most fundamentally, disadvantages that derive from the educational opportunities that are offered to children and young people in inner-city neighborhoods -- is crucial as well. It seems axiomatic that the greatest enhancement that can be offered to a young person is a good education; and this is true in the question of wealth acquisition no less than the acquisition of other socially desirable things.
Posted by Dan Little at 7:26 PM