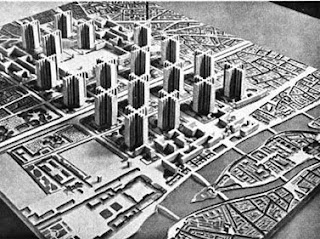 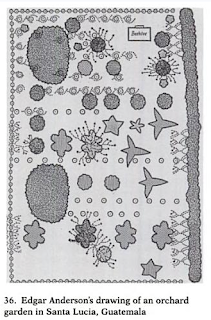 What is most remarkable about Seeing Like a State: How Certain Schemes to Improve the Human Condition Have Failed

The guiding thesis is original and striking enough -- that a mental framework of "high modernism" guided the thinking of a wide range of twentieth-century reformers, from agricultural specialists to city planners to revolutionaries; and that this framework led to predictable disasters. Ecology, social behavior, and cityscapes are complex, involuted systems that demand locally tailored knowledge, and the abstract simplifications of scientific forestry or le Corbusier's geometric abstractions lead to unidimensional disasters. This is powerful and insightful stuff. (See an earlier post for more discussion of the main argument of the book.)

What I'd like to highlight here is something beyond this. It is the remarkable density and variety of the evidence upon which Scott draws to illustrate and confirm his thesis. This is a kind of research and discovery that seems to have virtually no counterpart in either the social sciences or the humanities.

His discussion of tropical agriculture is detailed and exact. He finds Edgar Anderson writing on Guatemalan gardens -- complete with diagrams; and it precisely confirms the point that traditional cultivator cultures have finetuned their crops and patterns of cultivation to the specific features of the micro-environment. He describes in great detail the goals, values, and drawings of le Corbusier and the plans he developed for Brasilia -- and these precisely capture the high modernist values that he has described. So Scott's thesis doesn't look like a hypothetical theory that needs to be confirmed through its consequences so much as an extended empirical interpretation that can be directly established or refuted.

It seems that Scott's thinking in this book -- the origins of the empirical, historical, and textual research that Scott eventually carried out -- began with the idea of legibility and state power, his insight that states seek to increase their ability to see and record the situations of their subjects. This is how he begins the book --


Originally, I set out to understand why the state has always seemed to be the enemy of "people who move around," to put it crudely.  In the context of Southeast Asia, this promised to be a fruitful way of addressing the perennial tensions between mobile, slash-and-burn hill peoples on one hand and wet-rice, valley kingdoms on the other.  ....  Much of early modern European statecraft seemed similarly devoted to rationalizing and standardizing what was a social hieroglyph into a legible and administratively more convenient format.  (Introduction)

(This topic becomes the central focus in his next book, The Art of Not Being Governed: An Anarchist History of Upland Southeast Asia

But two other main insights accumulated as well.  A second and somewhat independent source of inspiration is Scott's longstanding respect for the knowledge systems and agency of ordinary people. Several strands of his research experience in Malaysia show up here --the mango tree and the ants, the local ecological wisdom of peasant farmers, and even the capacity of peasant communities to organize themselves. Scott has been face-to-face with local peasant knowledge, and he respects it. This knowledge he seeks to theorize as "Metis".

A third component of the inspiration and guiding thrust of the book is the puzzle of well-intentioned development disaster. Colonial agriculture and monocropping, Soviet collectivization, and city modernization all had some component of good intentions for human welfare; so why did they go so badly wrong?

Scott has taken these interests and has built a highly original, factual, and insightful argument.  He offers an interpretation of states, modernism, change, knowledge, and material culture that is exquisitely well matched to the historical details he provides.

It is as if we are watching a great art historian working through the corpus of a Picasso, shedding new light and insight on every page. But Scott isn't working with a previously defined corpus of paintings; he is pulling together wildly different areas of human behavior and building in the twentieth century. His canvas is the historical experience of twentieth century "modernization".  And he demonstrates a depth knowledge of each of these areas sufficient to nail the interpretation cold. In Scott's hands the high modernism thesis isn't just a sketchy hypothesis or theory; it becomes close to an established fact.

Perhaps the best analogy to the kind of work Scott has done here is a great synthetic historian of medieval France who maintains that this period was driven by a very specific set of guiding ideas -- and then demonstrates in micro-level detail the impact and manifestation of these ideas in the early kings, the Burgundian city, the Loire estate, and the Norman village. But I'm not aware of any historian who has offered this level of depth interpretation of France -- not Bloch, not Pirenne, not Braudel. Perhaps Le Roy Ladurie comes close in Montaillou: Cathars and Catholics in a French Village, 1294-1324

; but Ladurie's canvas is small. A different parallel is with Schama's interpretation of France during its revolution in Citizens: A Chronicle of the French Revolution

-- illustrating an interpretive point with small but deeply telling historical events like the Goncourts' balloon flight or the revolutionary monuments of Paris.

So what kind of work is this? Certainly not straight "political science". There is a good reason why Scott is named in the perestroika manifesto (post). It is not philosophy -- though it is admirably reflective, and in fact offers some original and valuable ideas about epistemology and ordinary knowledge.  It has some similarity to historical interpretation of an epoch -- though it is thoroughly empirical and detail-oriented. And in some ways it resembles a careful, innovative piece of interpretive work in the humanities -- literature, art history, music criticism -- in that it works back and forth between an interpretive hypothesis and careful, detailed work at the micro-level (text, painting, farming culture).  This is a powerful and original effort towards "understanding society" -- or at least important bits of the twentieth century.
Posted by Dan Little at 5:48 PM

The photo of the last post is nos Brasilia's Cathedral, but it is the Legislative HOuse of the country, and its achitect was Oscar Niemayer, not Le Corbusier. You have a brazilian follower!

Thank you so much for the correction. I have replaced the image with another example of Le Corbusier's vision.