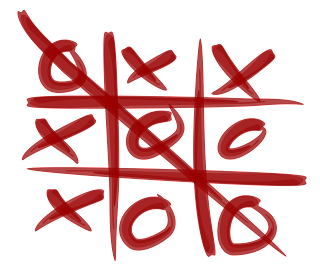 Harold Garfinkel made highly original contributions to the field of micro-sociology in the form of his program of ethnomethodology, and the fruits of these contributions have not been fully developed. His death a few weeks ago (link) has led quite a few people to look back and re-assess the importance of his contributions. This renewed attention is very much warranted. Studies in Ethnomethodology

(1967) is the primary place where his ideas reached a broad public, so let's take a look at some of the ideas advanced there.

The interest that I take in his work flows from the idea of agent-centered sociology that I've found so appealing -- the idea of the situated actor, the idea that we need to have a substantially richer set of concepts in terms of which to characterize the actor's thought processes, and the idea that current conceptions of the rational actor or the cultural actor are inadequate (link). In order to provide a basis for explanations of social outcomes deriving from the interactions of purposive agents, we need a developed and nuanced set of ideas about how agents tick. And theorists like Garfinkel and Goffman provide substantial resources in this area. (Here are discussions of Goffman; link, link.)

Here is a key statement of Garfinkel's research goals in Studies in Ethnomethodology:


The following studies seek to treat practical activities, practical circumstances, and practical sociological reasoning as topics of empirical study, and by paying to the most commonplace activities of daily life the attention usually accorded extraordinary events, seek to learn about them as phenomena in their own right. (1)

A central empirical interest of Garfinkel's is the nuance of the ordinary knowledge -- commonsense knowledge -- that people use to navigate their daily lives and tasks.  What presuppositions about actions and motives do jurors rely on as they reach judgments about truth and falsity of testimony?  What ellipses occur in ordinary conversations that are nonetheless intelligible to the participants because of unspoken background knowledge?  What implicit beliefs and standards do coders for the Los Angeles Suicide Prevention Center use to classify unexpected deaths (11 ff.)?

Here is Garfinkel's explication of a conversation between husband and wife about their son's putting a penny in the parking meter:

Garfinkel devised an experimental method for probing presuppositions that he referred to as "breaching" experiments: interactions with subjects that deliberately challenged their conversational or practical expectations. For example, a subject was invited to play the game of tic-tac-toe; and the researcher erased the subject's first move and placed the subject's mark in another location. The subject was incensed.  Another example:


My friend said to me, "Hurry or we will be late." I asked him what did he mean by late and from what point of view did it have reference. There was a look of perplexity and cynicism on his face. "Why are you asking me such silly questions? Surely I don't have to explain such a statement.  What is wrong with you today? Why should I have to stop to analyze such a statement? Everyone understands my statements and you should be no exception!"

Garfinkel takes the discomfort and irritation expressed by the subjects in these experiments to be an indicator of their expectations about normal social interaction. Here is one of his reflections about this dynamic:


Despite the interest in social affects that prevails in the social sciences, and despite the extensive concern that clinical psychiatry pays them, surprisingly little has been written on the socially structured conditions for their production. The role that a background of common understandings plays in their production, control, and recognition is, however, almost terra incognita. (49)

Here is a summary statement of Garfinkel's goals:


I have been arguing that a concern for the nature, production, and recognition of reasonable, realistic, and analyzable actions is not the monopoly of philosophers and professional sociologists. Members of a society are concerned as a matter of course and necessarily with these matters both as features and for the socially managed production of their everyday affairs.  The study of common sense knowledge and common sense activities consists of treating as problematic phenomena the actual methods whereby members of a society, doing sociology, lay or professional, make the social structures of everyday activities observable. (75)

The way that I would like to paraphrase Garfinkel's work is that he is offering an empirical research program designed to fill in a rich theory of the human actor's "competence" in engaging in ordinary social interactions. What does the actor need to know about immediate social relationships and practices in order to get along in ordinary social life? And how can we study this question in empirically rigorous ways? The program of ethnomethodology is intended to focus attention on the knowledge of rules and practices that ordinary people employ to make sense of their social surroundings.

One objection that some purists might offer of this formulation is that it puts the object of investigation "inside the head," rather than in the behavioral performances -- primarily conversations and classificatory tasks -- that Garfinkel primarily studies. It is thought that Garfinkel's method is formal rather than mentalistic.  It is true that he says repeatedly that he is not interested in getting inside the head of the individuals he studies. But the logic of his findings still has important implications for the cognitive systems of the individuals, and this is in fact the only reason we would be interested in the research. So I want to understand his research along the lines of a Chomskian linguist: making inferences about psychologically real "competences and capacities" on the basis of analysis of non-mental performances (utterances).

On this approach, Garfinkel did not pretend to offer a full theory of agency or actor consciousness; instead, his work functioned as a sort of specialized investigation of one aspect of social cognition -- the competences, rules, and practices we can attribute to specific actors on the basis of careful analysis of their observable performances.

(John Heritage's Garfinkel and Ethnomethodology is generally recommended as a highly insightful survey and discussion of Garfinkel's work.)
Posted by Dan Little at 9:52 AM

I was just wondering if there was any connection between Garfinkel's view and Searle's notion of the Background?

One of the hardest things for me as a graduate student was actually to understand Garfinkel. So I wrote a post about how to read Studies in Ethnomethodology. Would be curious to know what you think.

Scritic -- nice posting at cogsciresearch, and useful links. Personally I think the connections you make between micro and macro are correct. And the connection to science studies is also on target.

As an anthropologist employed as a sociology lecturer i often find ethnomethodology and the questions Garfinkel asks in his research to be what i was trained to do in my anthropology program.

What advance does Garfinkel's ethnomethodology make on Schutz's phenomenology?

Ethnomethodology is an area in sociology originating in the work of Harold Garfinkel. It
represents an effort to study the methods in
and through which members concertedly produce and assemble the features of everyday life
in any actual, concrete, and not hypothetical
or theoretically depicted setting. Ethnomethodology’s proposal – one that is incommensurate with respect to other sociological theory
(Garfinkel 1988) – is that there is a selfgenerating order in concrete activities, an order
whose scientific appreciation depends upon
neither prior description, nor empirical generalization, nor formal specification of variable
elements and their analytic relations. Moreover,
raw experience – the booming buzz of William
James – is anything but chaotic, for the concrete activities of which it is composed are
coeval with an intelligible organization that
actors already provide and that is therefore
available for scientific analysis. Members of
society achieve this intelligible organization
through actual, coordinated, concerted, procedural behaviors or methods and practices.