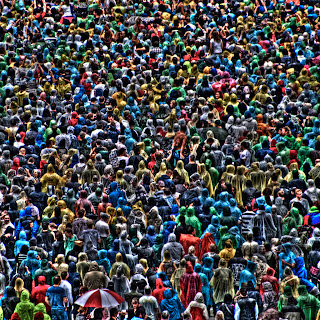 . The 750-page volume offers 37 main articles, as well as an extensive reflective introduction by Ian Jarvie and an epilogue by Jesus Zamora-Bonilla. A majority of the contributors are European, confirming an impression that the most active research networks in this field are currently in Western Europe. Germany and the Scandinavian countries are particularly well represented.
Ian Jarvie's extensive introduction does a good job of setting the stage for the volume. He is in a unique position to offer this perspective, having served as editor of the key journal Philosophy of the Social Sciences for many years. He begins by noting the heterogeneity of the field:

As a set of problems, the philosophy of the social sciences is wide-ranging, untidy, inter-disciplinary and constantly being reconfigured in response to new problems thrown up by developments in the social sciences; in short, disorderly. (1)

The orientation to the philosophy of social science represented in this volume is largely grounded in the analytic philosophy tradition. By this I mean an emphasis on rationality, an interest in generalizations and laws, a commitment to empirical methods of inquiry, and an over-arching preference for conceptual clarity. (Paul Roth describes the analytic approach in his contribution to the volume; 103ff.) But David Teira also offers an interesting contribution on "Continental Philosophies of the Social Sciences." He begins the article by writing,

In my view, there is no such thing as a continental philosophy of the social sciences. There is, at least, no consensual definition of what is precisely continental in any philosophical approach. (81)

Among these approaches he highlights Marxist, phenomenological and Foucauldian philosophies and theories of the social sciences. His finding is one that I agree with -- that one of the particularly valuable aspects of the continental traditions is the fact that thinkers in this tradition have offered large, insightful conceptual schemes for thinking about social life -- whether historical materialism, ethnomethodology, or the rhetoric of power. He writes, "I guess that if continental philosophies seem attractive to many social scientists, it is because they offer the prospect of a somewhat radical reconstruction of current research practices" (96).
Particularly interesting for me were contributions by Alban Bouvier ("Individualism, Collective Agency and The "Micro-Macro Relation"), Daniel Steel ("Causality, Causal Models, and Social Mechanisms"), Joan de Marti and Yves Zenou ("Social Networks"), Peter Hedstrom and Petri Ylikoski ("Analytical Sociology"), Chris Mantzavinos ("Institutions"), and Jeroen Van Bouwel and Erik Weber ("Explanation in the Social Sciences").
What is particularly valuable in this collection is the fact that most of the essays are not dogmatic in their adherence to a "school" of philosophical thought. Instead, they get down to the serious business of understanding the social world, and understanding what is involved in achieving a scientific understanding of that world. Chris Mantzavinos's essay, "Institutions," is a good example of this intellectual pragmatism. His contribution is a careful study of the new institutionalism and the variety of theoretical challenges that the concept of an institution raises. The essay is very well grounded in the current sociology and political science literatures on institutions, and it goes on to make substantively interesting points about these debates. "Only a theory of institutions that increases our information about the structure of social reality can provide us with the means of reorienting this reality in a direction that we find desirable" (408-9).
Many of the contributors -- probably the majority -- have taken seriously what I think is a particularly fundamental requirement for productive work in the philosophy of an area of science. This is the need for the philosopher to take up the particular theories and controversies of some current research in the social sciences as a framework and stimulus to their philosophical analysis. The philosopher needs to gain a significant level of expertise in a particular field of social science if his or her work is likely to find traction with conceptual issues that really matter. The topics for the philosophy of social science should not derive from apriori speculation about society; instead, they should be selected on the basis of careful engagement with serious empirical and theoretical attempts to explain the social world.
This is the kind of book that would benefit from a simultaneous digital edition. An affordable Kindle edition would help; but more radically, an online, hypertexted and cross-linked version would be fantastic. It would be fascinating to see a concept map linking the articles by theme or keyword; it would be illuminating to see some analysis of the patterns of citation across the articles in the volume; and it would be great for the reader to be able to click to some of the references directly. (Jarvie provides something like a map of themes in his tables representing "Principal Problems in Philosophy of the Social Sciences" and "Problematics in 14 Selected Anthologies"; 7-8.)
Posted by Dan Little at 7:56 AM