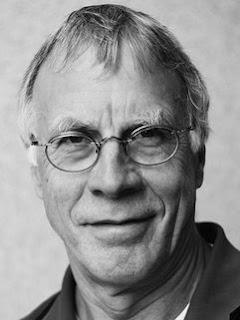 Sociology in Germany seems to be particularly prolific today, and this extends to the contributions that German sociologists are making to the sub-discipline of analytic sociology. One of the leaders who has played a key role in this active field is Hartmut Esser. Esser's Soziologie. Spezielle Grundlagen 3. Soziales Handeln (2002) is particularly important, but it hasn't been translated into English yet. (Here is a link to the second volume of this work on Google Books, and here is a link to Soziologie Allgemeine Grundlagen (1993).) So Esser's contributions are not yet as widely known in the US sociology world as they ought to be. (Here is a short Wikipedia entry on Esser in German (link).)

One of Esser's primary areas of empirical research is on the general topic of immigration and ethnicity. Here are a couple of relevant articles in English: "Assimilation, Ethnic Stratification, or Selective Acculturation? Recent Theories of the Integration of Immigrants and the Model of Intergenerational Integration" (link) and "How Far Reaches the “Middle Range” of a Theory? A Reply to the Comments" link). His goal generally is to consider the theories of ethnicity and assimilation that have been developed since the Chicago School and Robert Parks, and to attempt to reconcile the empirical experience of assimilation with a synthetic theory.

Several things seem fairly clear. First, Esser was an early and influential contributor to analytical sociology in two important ways. He advocates for social mechanisms as a foundation for social explanation. And he highlights rational individual actions as the heart of most (all?) social mechanisms. His work appears to be comparable in importance and impact to that of Raymond Boudon, James Coleman, and Jon Elster: rationality, microfoundations, mechanisms. (Here is a contribution by Esser on the topic of "Theories of the Middle Range" in a very interesting volume by Renate Mayntz available online; link.)

Second, Esser is especially interested in topics within the philosophy of science in connection to sociology. He is interested in the logic of explanation, the development of theory, and the role of models in scientific explanation. He is influenced by Karl Popper and Carl Hempel, and there are occasional references to other philosophers of science from the 1950s and 1960s. There are no references to Thomas Kuhn, W. V. O. Quine, or Hilary Putnam in Soziologie Allgemeine Grundlagen.

Another thing seems evident: that Esser is a sociologist in the tradition of Max Weber and interpretive sociology, with particular affinity to the "rational actor" Weber. Along with other German sociologists today, Esser appears to be helping to constitute a "Weber 2.0", more attuned to issues of contemporary interest such as immigration and assimilation, but with a strong sense of the importance of appropriate use of social theory in arriving at explanations of complicated contemporary social processes. (Here is a link to a book chapter by Esser on "The Rationality of Value".)

Here is an example of his use of rational choice theory in his theory of ethnic assimilation ("Assimilation, Ethnic Stratification, or Selective Acculturation? Recent Theories of the Integration of Immigrants and the Model of Intergenerational Integration"):


At the heart of the model are the options for those immigrants who are currently present within a receiving context. Options include activities which are related to the receiving country (receiving context option, in short: rc-option) and those which are related to the ethnic context (ethnic context option, in short: ec-option). Examples are changing or maintaining habits, relationships, or orientations. In order to explain when and why a certain activity occurs, we need a general rule for the selection between options that can be applied to, in principle, all empirical constellations. The model uses the rule of the expected utility theory as such a general selection rule. For each of the possible options a so-called EU weight is computed. The EU weight is the sum of both the negative and positive returns that can be achieved with the selection of a particular option, weighted with the corresponding expectation that the return actually occur with the selected option. Individuals would then select the option with the highest expected value [cfr. Esser 2004, 1135 ff.; Esser 2006, 39 ff. on details of the expected utility theory and also with reference to the model.

Esser has also attempted to find affinities between rationality theory and micro-sociology, including especially the phenomenological sociology of Alfred Schütz. Here is the abstract of "The Rationality of Everyday Behavior: A Rational Choice Reconstruction of the Theory of Action by Alfred Schütz" (link):


This article argues that Alfred Schütz, one of the founders of the interpretative paradigm in sociology, developed a theory of action whose basic structure is compatible with subjective expected utility theory (i.e., a specific variant of rational choice theory). Alfred Schütz's view with respect to the characteristics of everyday action—the individual orientation toward routines and structures of relevance—is modeled in terms of subjective expected utility theory. In this perspective, these characteristics appear as the result of an action-preceding rational choice in the process of the cognition of situations, under the conditions of bounded rationality.

Esser is the object of quite a bit of discussion and reflection by other German sociologists. One whose name shows up frequently in these discussions is Rainer Greshoff (Die Transintentionalität des Sozialen.

(For those of us whose German reading knowledge is limited, I'm finding Google Translate to be a helpful source of assistance as I struggle with some of these texts; it helps with vocabulary even though the translations of complete sentences are not ready for prime time.)
Posted by Dan Little at 10:46 AM