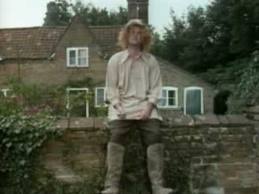 A recent post examined the Akerlof and Kranton formalization of identity within a rational choice framework.  It is worth considering how this approach compares with Amartya Sen's arguments about "commitments" in "Rational Fools" (link).

Sen's essay is a critique of the theory of narrow economic rationality to the extent that it is thought to realistically describe real human deliberative decision-making. He chooses Edgeworth as a clear expositor of the narrow theory: "the first principle of Economics is that every agent is actuated only by self interest" (Sen 317, quoting Mathematical Psychics). Sen notes that real choices don't reflect the maximizing logic associated with rational choice theory: "Choice may reflect a compromise among a variety of considerations of which personal welfare may be just one" (324). Here he argues for the importance of "commitments" in our deliberations about reasons for action. Acting on the basis of commitment is choosing to do something that leads to an outcome that we don't subjectively prefer; it is acting in a way that reflects the fact that our actions are not solely driven by egoistic choice.  "Commitments" are other-regarding considerations that come into the choices that individuals make.

Sen distinguishes between sympathy and commitment:


The former corresponds to the case in which the concern for others directly affects one's own welfare. If the knowledge of torture of others makes you sick, it is a case of sympathy; if it does not make you feel personally worse off, but you think it is wrong and you are ready to do something to stop it, it is a case of commitment. (326)

The characteristic of commitment with which I am most concerned here is the fact that it drives a wedge between personal choice and personal welfare, and much of traditional economic theory relies on the identity of the two. (329)

Sen thinks that John Harsanyi made an advance on the narrow conception of rationality by introducing discussion of two separate preference orderings that are motivational for real decision-makers: ethical preferences and subjective preferences. (This is in "Cardinal Welfare, Individualistic Ethics, and Interpersonal Comparisons of Utility".)  But Sen rightly points out that this construction doesn't give us a basis for choosing when the two orderings dictate incompatible choices.  Sen attempts to formalize the idea of a commitment as a second-order preference ordering: a ranking of rankings.  "We need to consider rankings of preference rankings to express our moral judgments" (337).


Can one preference ordering do all these things? A person thus described may be "rational" in the limited sense of revealing no inconsistencies in his choice behavior, but if he has no use for these distinctions between quite different concepts, he must be a bit of a fool. The purely economic man is indeed close to being a social moron. Economic theory has been much preoccupied with this rational fool decked in the glory of his one all-purpose preference ordering. To make room for the different concepts related to his behavior we need a more elaborate structure. (335-336)

Significantly, Sen's thinking on this subject was developed in part through a conference organized by Stephen Körner on practical reason in the 1970s (Practical Reason: Papers and Discussions

).  This is significant because it focuses attention on a very basic fact: we don't yet have good theories of how a variety of considerations -- ethical principles, personal identities, feelings of solidarity, reasoning about fairness, and self-interest -- get aggregated into decisions in particular choice circumstances.

Other economists might object to this formulation on the basis of the fact that second-order preference rankings are more difficult to model; so we don't get clean, simple mathematical representations of behavior if we introduce this complication.  Sen acknowledges this point:


Admitting behavior based on commitment would, of course have far- reaching consequences on the nature of many economic models. I have tried to show why this change is necessary and why the consequences may well be serious. Many issues remain unresolved, including the empirical importance of commitment as a part of behavior, which would vary, as I have argued, from field to field. I have also indicated why the empirical evidence for this cannot be sought in the mere observation of actual choices, and must involve other sources of information, including introspection and discussion. (341-342)

But his reply is convincing.  There are substantial parts of ordinary human activity that don't make sense if we think of rationality as egoistic maximization of utility.  Collective action, group mobilization, religious sacrifice, telling the truth, and working to the fullest extent of one's capabilities are all examples of activity where narrow egoistic rationality would dictate different choices than those ordinary individuals are observed to make.  And yet ordinary individuals are not irrational when they behave this way. Rather, they are reflective and deliberative, and they have reasons for their actions.  So the theory of rationality needs to have a way of representing this non-egoistic reasonableness.  This isn't the only way that moral and normative commitments can be incorporated into a theory of rational deliberation; but it is one substantive attempt to do so, and is more satisfactory (for me, anyway) than the construction offered by Akerlof and Kranton.

as an effort to demonstrate that non-egoistic reasoning is rational.)