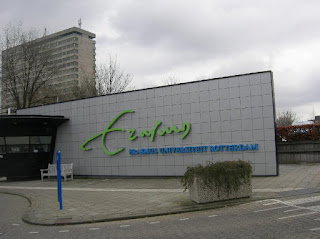 There is an active and extended group of scholars in Europe with a very focused concentration on the philosophy of the social sciences. A good cross-section of this community gathered in Rotterdam Monday and Tuesday this week for a small conference on social mechanisms at the Erasmus Institute for Philosophy and Economics (link). These are for the main part younger scholars up to 15 years out from the PhD. And they are a genuinely impressive group of researchers.

There is a common set of topics and references that bind this extended research community together from Finland to Belgium to the Netherlands to Italy. They share a focus on social explanation. They are intellectually committed to the construct of "causal mechanisms" rather than causal laws. They have affinities and connections to the Analytical Sociology network, though few would explicitly identify themselves as analytical sociologists. Jim Woodward's theory of causation, the classic paper by Machamer, Darden, and Craver ("Thinking about Mechanisms", 2000), and Carl Craver's theorizing about mechanisms and levels in the neurosciences represent a few common intellectual landmarks, and almost all of these young scholars are current with the latest twists and turns of Peter Hedstrom's theories.

Finally, there is a decided absence of classic European voices about the social sciences -- conversations never invoke Bourdieu, Habermas, or Gadamer. This is a community organized around the intellectual values of analytic philosophy -- clarity, logical rigor, analysis, and causality.

There is also a high degree of interaction among members of this group. Mini conferences and workshops are able to bring many of them together, with the European rail system making it feasible to travel from London, Amsterdam, and Paris for a short conference in Ghent. In my observation this easy interaction stimulates a great deal of intellectual progress year after year, both individually and collectively.

As one small example, Bert Leuridan's effort this week to specify a rigorous relationship between meso and macro levels of a social system will certainly be fruitful for a number of us as we think further about this issue. And likewise, I will be interested to reflect further on Petri Ylikoski's call for a "flat" understanding of social causes. These examples illustrate the micro-steps of the advancement of a body of thought.

Sometimes it is difficult to see whether an intellectual field is progressing or just retracing old ground. Lakatos's ideas of "progressive" and "degenerative" research communities seem useful here. European philosophy of social science seems to be making real progress in this generation.

There is one academic reality that is worrisome. Many of these young scholars are making their way on the basis of research appointments and post-doc positions. These opportunities are pretty well funded by European universities and governments -- substantially more so than in the US. But many of these positions have a maximum term of six years. And the prospects of a regular faculty position in Europe seem bleak. A department chair estimated to me that only 20% of PhDs eventually find regular academic positions. This suggests an academic ecology that may prove stifling for the kinds of innovation we now see.

I think there could be a useful piece of research within the new sociology of ideas advocated by Neil Gross and and Charles Camic (link) based on this example. It wouldn't be difficult to draw out a network map of relationships among these philosophers, the major institutions that facilitate their work, and the movement of various new ideas through their conference papers and published work. Looking backward, it would be feasible as well to reconstruct the generation of writers and scholars who helped shape this generation's intellectual agenda. And I think the results would be very interesting.

It would also be interesting to begin developing a shared map of centers and locations of work on the philosophy of social science in Europe. Here is a start -- it's set for public access, so please feel free to add other points of interest, including centers, conferences, and concentrations of researchers.


View European Philosophy of Social Science in a larger map
Posted by Dan Little at 9:47 PM

I wonder why you so easily dismiss critical approaches to the Philosophy of Social Sciences. Of course, analytic philosophy has many desirable features, but there are many interesting challanges to the analytical approach coming from the "classic" European school (as you call it). In particular scholars like Habermas have shown the possibility of fruitfull discourse between analytic and continental philosophy that is both clear and rigorous. Take for example http://mitpress.mit.edu/catalog/item/default.asp?ttype=2&tid=5804&mode=toc or http://www.amazon.com/dp/0262083183/ref=rdr_ext_tmb.

Could you clarify more on how they are making progress? My early social science experiences were working with behaviorists who proved to me that "clarity, logical rigor, analysis, and causality" are no proof of validity. However, it was not until I studied the psychometrician Samuel Messick that I was able to make a cogent distinction between anti-positivism and post-positivism, that is, seriously dealing with the limitations of positivism without abandoning their achievements. That is how I have begun to view Rorty and Wittgenstein (Though I would be the last to claim I "understand" Wittgenstein or Rorty for that matte; to use their ideas appropriately is my objective). This Wittgesteinian approach seems like what Neil Gross is doing from your previous posts concerning Richard Rorty as well as Camic, Gross and Lamont. Is this also true of this new European school of thought.
P.S. Thanks for referencing Gross's 2009 book. I think it may be a fascinating study.

Good work on the Google map. If you give me permission I can make the links clickable.

Dear T&P, Thanks! I've set the access/edit permissions to "public", so you should be able to add points and modify current links. Let me know if you have a problem. Dan