Rawls on a property-owning democracy 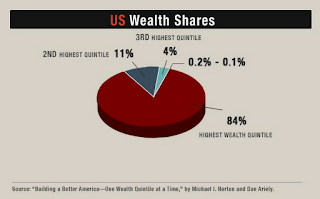 John Rawls's critique of capitalism was deeper than has been commonly recognized -- this is a central thrust of quite a bit of important recent work on Rawls's theory of justice. Much of this recent discussion focuses on Rawls's idea of a "property-owning democracy" as an alternative to both laissez-faire and welfare-state capitalism. This more disruptive reading of Rawls is especially important today, forty years later, given the great degree to which wealth stratification has increased and the political influence of wealth has mushroomed. (I've addressed this set of issues in prior posts; link, link.) Martin O'Neill and Thad Williamson's recent volume, Property-Owning Democracy: Rawls and Beyond, provides an excellent and detailed discussion of the many dimensions of this idea and its relevance to the capitalism we experience in 2012. It includes contributions by a number of important younger political philosophers.

O'Neill and Williamson make the point in their introduction that this issue is not merely of interest within academic philosophy. It also provides a powerful conceptual and normative system that might serve as a basis for a more successful version of progressive politics in North America and the UK. Politicians on the left have found themselves locked into a defensive battle trying to preserve some of the features of welfare state capitalism -- usually unsuccessfully. The arguments underlying the idea of a property owning democracy have the potential for resetting practical policy and political debates on more defensible terrain.

The core idea is that Rawls believes that his first principle establishing the priority of liberty has significant implications for the extent of wealth inequality that can be tolerated in a just society. The requirement of the equal worth of political and personal liberties implies that extreme inequalities of wealth are unjust, because they provide a fundamentally unequal base to different groups of people for the exercise of their political and democratic liberties. As O'Neill and Williamson put it in their introduction, "Capitalist interests and the rich will have vastly more influence over the political process than other citizens, a condition which violates the requirement of equal political liberties" (3).  A welfare capitalist state that succeeds in maintaining a tax system that compensates the worse-off in terms of income will satisfy the second principle, the difference principle. But in the striking recent interpretations of Rawls's thinking about a POD, a welfare state cannot satisfy the first principle. (It would appear that Rawls should also have had doubts about the sustainability of a welfare state within the circumstances of extreme inequality of wealth: wealth holders will have extensive political power and will be able to effectively oppose the tax policies that are necessary for the extensive income redistribution required by a just welfare capitalist state.) Instead, Rawls favors a form of society that he describes as a property-owning democracy, in which strong policies of wealth redistribution guarantee a broad distribution of wealth across society. Here is how Rawls puts it in Justice as Fairness: A Restatement:


Property-owning democracy avoids this, not by the redistribution of income to those with less at the end of each period, so to speak, but rather by ensuring the widespread ownership of assets and human capital (that is, education and trained skills) at the beginning of each period, all this against a background of fair equality of opportunity. The intent is not simply to assist those who lose out through accident or misfortune (although that must be done), but rather to put all citizens in a position to manage their own affairs on a footing of a suitable degree of social and economic equality. (139)

O'Neill and Williamson draw out the implications of this view of a just society by contrast with the realities of 2012:


The concentration of capital and the emergence of finance as a driving sector of capitalism has generated not only instability and crisis; it also has led to extraordinary political power for private financial interests, with banking interests taking a leading role in shaping not only policies immediately affecting that sector but economic (and thereby social) policy in general.... The United States is now further than ever from realizing what Rawls termed the "fair value of the political liberties" -- that is, the core value of political equality. (5)

How would the wide dispersal of wealth be achieved and maintained?  Evidently this can only be achieved through taxation, including heavy estate taxes designed to prevent the "large-scale private concentrations of capital from coming to have a dominant role in economic and political life" (5).

It seems apparent that progressives lack powerful visions of what a just modern democracy could look like. The issues and principles that are being developed within this new discussion of Rawls have the potential for creating such a vision, as compelling in our times as the original idea of justice as fairness was in the 1970s.  It is, in the words of O'Neill and Williamson, "a political economy based on wide dispersal of capital with the political capacity to block the very rich and corporate elites from dominating the economy and relevant public policies" (4).  And it is a society that comes closer to the ideas of liberty and equality that underlie our core conception of democracy than we have yet achieved.

(Williamson and O'Neill provided an excellent exposition of the idea and some of the foundational questions that need to be explored in 2009 in "Property-Owning Democracy and the Demands of Justice" (link).  The concept of a property-owning democracy originates in writings by James Meade, including his 1965 Efficiency, Equality and the Ownership of Property.)

as someone who is intersted in the technical details of graphs and charts, I would have to say that the pie chart doesn't work well here
Not because I'm a tuftian piechart snob; rather, the pscychological impression you get of the red secotr is not compatible with the idea of quintiles - your brain has to work hard to realize that each slize is an equal quintile, which is the opposite of what a chart should be doing
(The chart is to small, to)

also, aside from a small group of cognoscenti, does anyone know or care who or what Rawls is ? for those of us who are unclued, a citation or reference, telling us, hey, this is why you should care what rawls thinks, that would help

SD -- thanks! Here are the basic references for John Rawls -- the most influential political philosopher of the past 40 years.

Rawls’s theory of justice was formulated initially in A Theory of Justice (TJ) (1971) and was refined and clarified in Justice as Fairness: A Restatement (JF) (2001).

If you're interested in more on Rawls, click the "Rawls" tag in the tag cloud at the right.

I've seen increasing references to Rawls in the last year or two--or maybe I just started paying more attention. Krugman namedrops him sometimes, and I came to this article by way of Mark Thoma's blog.

Each time I learn something more about what Rawls argued for, I find myself agreeing. He and I seem to exist in a very similar place on the political grid--more so than virtually any other philosopher I've studied.

Mr. Little, would you be able to recommend which of his books make a good starting point? I don't know if I necessarily need his magnum opus in TJ, but his most accessible. Thanks for your time & very informative blog.

Thanks very much for your sympathetic remarks on our book. I'm delighted that you found it stimulating. It's fantastic to read that you think it contains an important new agenda for progressive politics.

If you or any of your readers would be interested in signing up to the book's Facebook page, you can find it here:

Thad Williamson and I have published another short piece, trying to link Rawls's arguments for a property-owning democracy to contemporary debates on the left, especially in the UK, concerning the future of social democratic politics. Hopefully it should be of interest.

The article is called "Philosophical Foundations for 'Good Capitalism'?" and you can find it here: http://bit.ly/KCtUSK

I would start with Justice as Fairnenss: A Restatement (2001). The Stanford Encyclopedia of Philosophy is always a good online resource. Dan

Martin, thanks for the link to the Foundations article. This is great work! Dan

Daniel, thanks! I will pick that up soon.

This more disruptive reading of Rawls is especially important today

Thanks Martin for the Foundation article link. Much appreciated.